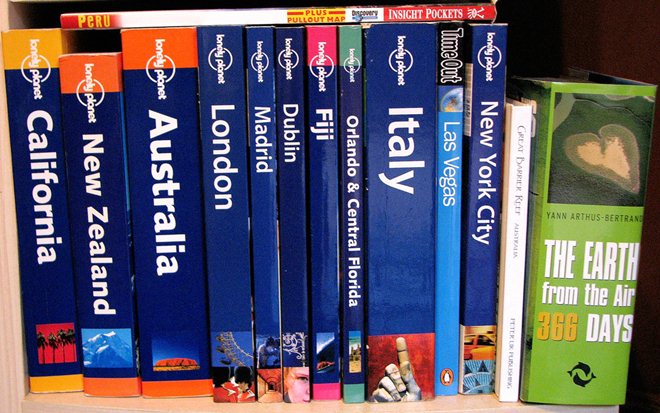 Frrole is an Indian service that is bidding to follow the success of paper.li and become the next social newspaper to cut through Twitter’s noise to provide contextual and useful information. Unlike its competitors, Frrole — which is built by Ciafo — pulls together its data based on location, building a guide to the most interesting tweets that are being sent in any given city.

Currently the service supports 20 international cities, of which 13 are in the US. A number of other locations are covered, including three cities in its native India — Bangalore, New Delhi and Mumbai — Singapore and London, as well as Toronto and Vancouver in Canada.

Each city’s ‘news’ is split into six categories — sports, entertainment, travel, events, deals and jobs — with an “everything” category that combines them all.

The tab feed shows an initial top 20 twenty tweets in the city under the chosen category, however it auto-refreshes the list as it is scrolled down. That’s a nice touch and it helps navigate tweets with ease.

Each tweet itself can be retweeted or shared through Facebook via dedicated buttons Frrole. Interestingly, the service lists the number of retweets beyond the 99 limit that Twitter has in place, while it also gives timestamps for the first and last retweet.

One small point that we do find it a little frustrating is that there is no direct link from a tweet listed on Frrole to its unique URL on Twitter. So if you want to find the tweet itself on Twitter, perhaps to embed it or add it to your favourites, you need to click through to the sender’s Twitter account and locate it from there.

Update: This feature has now been included, and box showing the number of retweets now links back to the original tweet.

How it works: more than just retweets

If you’re wondering how Frrole recognises what is hot, the answer is that the tweets are selected by more than just the number of retweets, as Amarpreet Kalkat, co-founder and chief technologist at Ciafo, explained to The Next Web:

Like Google uses backlinks as an indicator, but has at least 300 other rules, so we use retweets as an indicator but we have 100 additional rules, which are spread across metadata analysis, statistical analysis and linguistic/textual analysis.

Kalkat further explains that volumetric analysis (the number of retweets) is one set of metadata information which is supplied by Twitter, the others include language, location and type of tweet.

To go beyond what others can do with the Twitter API, Frrole uses its own text analysis, for which it parses data to infer the nature of tweets. Kalkat explains the process in more detail:

Keywords are an easy but low quality way of gaining insight, while the syntactical construction of sentences [how a tweet is put together and reads] is tougher to measure but it produces higher quality way of inferring that information.

The city coverage is hugely US-centric, despite the fact that the product is developed in India, and a big reason for this is language, as the analysis forces Frrole to focus on English-speaking cities. Given that volume of English tweets is highest in the US, the country is the fat of the land and an obvious first point of call for the service, which has plans to expand to more cities.

Additionally, Kalkat admits that the team was up for a challenge and “just loved the opportunity to take the problem head on where it was the strongest”. Who can blame them given the possibilities than can open up for tech startups in the US?

Its name may sound like a trendy social media buzz word, but it actually has roots in Indian linguistics, as Kalkat reveals:

Frrole is a derivative of a word in Punjabi language that roughly translates into ‘to play around, to discover, to explore’. We had always thought that this project was about building a brand new way of exploring around the cities that we live in, hence the name was always there in the shortlist.

Frrole came to be while Ciafo was building its first product, Travelomy. The team were looking to add a real-time social information stream to the service and, after looking, were surprised to see did not already exist.

That kicked things off then, as Kalkat recalls:

As we started digging deeper, we could see that real-time, curated social information was missing not only in travel guides, but at a much wider level.

The challenge was in separating out that 1% signal from 99% noise, and we thought that we could do it. Slowly, we became sure that this could be an independent product by itself, and that is how Frrole was born.

The service currently has a staff of four. Aside from Kalkat, there is an architect and back-end developer, an API Layer developer and a San Francisco-based associate who is helping with marketing and raising funds in the US.

On the subject of funding, the company is currently bootstrapped but it is talking with three funds in India, while initial conversations have started with potential partners in America. Kalkut says that location is not an issue as “all we care about is the opportunity to build the best possible product”.

He does admit, however, that funding is important if the company is to carry out its plan to expand the service’s coverage:

Frrole involves a big setup on the operational side as we scale up. We currently process around 5 million tweets every day in real-time for the 20 odd cities and, as we expect that to grow 10x in 6 months, funding is required for us to scale up.

Expanding the number of cities covered

The target is to first reach 50 new cities before going further. While the list is yet to be finalised, it will initially include three or four new locations in each of Canada, UK and Australia, in addition to a couple in New Zealand and India, and 10-15 more cities in the US.

The team’s larger plan will see a further 100 cities added, taking them close to 200 worldwide, while there is also support for country- and region-specific data in the pipeline too.

That’s likely to mean that there will soon be something for everyone although, given the complexities behind the text analysis, the service is likely to operate for English language tweets and cities only, for now.

The company is “dream[ing] of making this information ubiquitously available” and it is open to sharing its data with developers. The API is slated to be publicly available from April, but interested developers looking to get their hands on it now can contact the company through its website.

Travelomy’s Kaathmandu site, which picks up tweets in the area, is a good example of how the Frrole service could be used by others, and it is actively working with selected third parties to test and tweak the API.

The service is not making money right now, but there are a number of different paths that are being considered to develop revenue in the future.

As the Travelomy example shows, the service could be licensed out to provide relevant real-time feeds from Twitter through a standardised, configurable offering. Kalkat also believes that Frrole can provide business intelligence for social media strategies:

We see a potential opportunity in applying our already built technology to identify potential leads, consumer needs, etc, to help businesses connect with their consumers in a local, contextualized way.

It’s worth pointing out that, unlike other location-based intelligence, Frrole doesn’t rely on users opting to show their location, which is often a limiting factor as a small portion of tweets are geo-tagged.

While Twitter’s trending topics can be useful, they are all too often populated with shallow content from the masses and, for many, have lost much of their value.

From that perspective, Frrole is an interesting alternative, or complimentary service, which gives far greater context and depth. Not only is a neat way of seeing what topics are hot in a city but it is an excellent option for finding new people to follow, based on their tweets.

With plans to expand to 150 more locations worldwide, as well as counties and regions, there is more coming soon. So, even if your city is not yet covered now, we recommend taking a look and checking back in the future.

Read next: UFC website gets hacked due to its support for SOPA