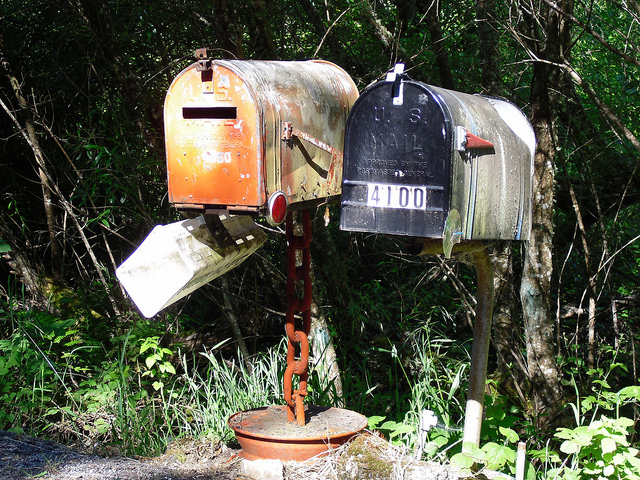 This is probably the most unique idea spawned from Twitter that I’ve ever seen. One Twitter user named Giles Turnbull decided to see what would happen if he started mailing replies to his Twitter followers, rather than using the service itself.

While it would completely delay the whole real-time nature of Twitter, the experiment is fascinating. In an article on The Morning News, Turnbull discussed the project called “Twitter-by-post”, and explained the reasoning behind it:

Tweeting by post made me appreciate the online and the offline. Brevity is a good thing, but there’s no reason we should only be brief on Twitter. The internet is a marvelous thing, but so is cheese, so are close friends who know your opinions and respect them, so is a glass of fine English ale. So is getting postcards from interesting people, because it makes your letterbox come alive.

You in turn can post your life through other people’s letterboxes, and you should, every now and then. It’s more fun than a fave, or a DM, or an @reply.

Turnbull got the mailing addresses of some of his followers, and then started sending them postcards with his replies on it. Those postcards evolved, and even turned into screenshots of video links he had been sent, as well as retweets. Soon he was even getting tweets back in the mail.

How time-consuming is it? Here’s a glimpse into what it took to get the project started:

The mechanics of it took a while to work out. Most difficult was replicating my personal Twitter timeline—how could I post the same thing to everyone? Well, by writing it out lots of times.

For those “public” tweets, I wrote the same thing out 15 times, on 15 cards, and sent them to 15 different people. This took every moment as long as you might think; possibly a little longer.

This is simply amazing. Here are some of my favorite “mailed Tweets”:

It just goes to show you that even in a world where everything digital and fast is the default, the physical and intimate always ends up being worth it and appreciated even more. Be sure to read the whole article about the project here.

If you were to mail a tweet to someone, who would it be and what would it say? Tell us in the comments!