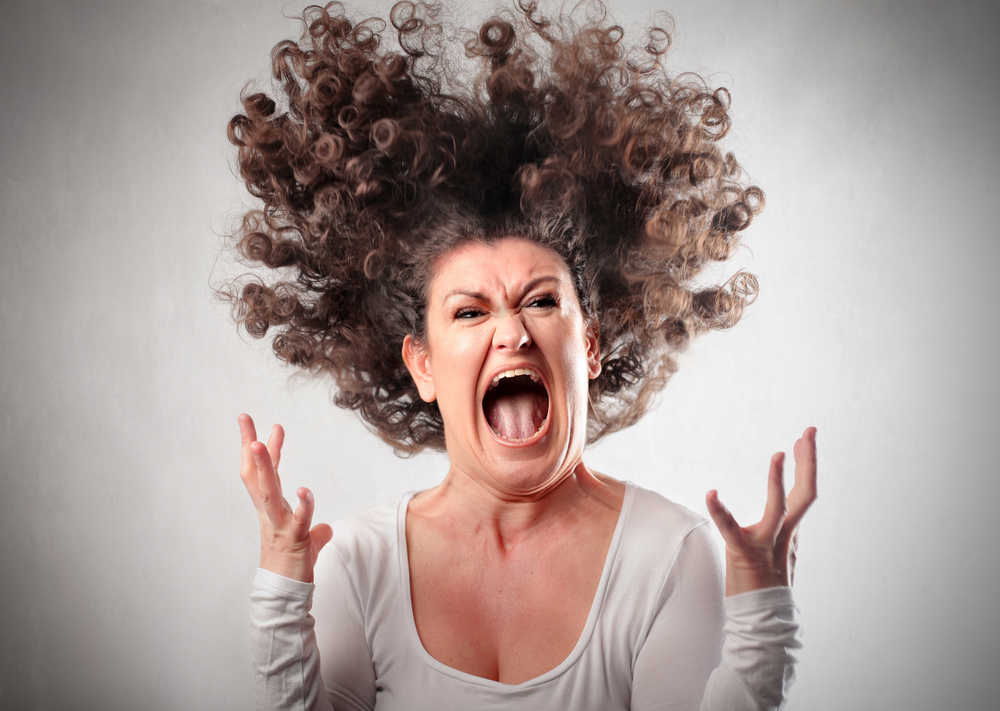 About 2 months ago, three friends came up with an idea for a website that would monitor Twitter for people losing their mind – with brands as their target. The three gentlemen, Julian Cole, James Aviaz and Rhys Edwards have just launched Twantrum, a site that monitors brand mentions and different levels of rage towards them– from Mild to Mel Gibson.

“The concept was to shine a light on the fact that consumers are now turning to Twitter to voice their opinions – and sometimes, they go completely mad (e.g. Mel Gibson),” explains Aviaz, the Marketing Manager at Songtrust in NYC. Like Aviaz, both Cole and Edwards have or currently work as Community Managers. Cole is currently a Strategic Director at BBH in NYC while Edwards is the Community Manager at Soap Creative in Sydney. 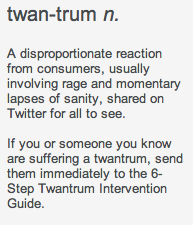 The Twantrum widget uses real-time Twitter search, powered by anger-related and brand keywords. This technology would be a boon for any brand’s marketing and communications department. For example with Comcast, whose customers seem ready, willing and able to hate on them, Twantrum is looking for keywords like: comcast, anger, worst. Twantrum then ranks the kinds of profanity used in twantrums from ‘mild’ to ‘Mel Gibson’.

“For now, we’re enjoying it mainly for the LOLs – and we’re hoping others will too. In the longer term, there’s something to be said about its application in the midst of a major event for brands. For example, it would have been interesting to see the effect when there was the backlash against BP – you could measure the velocity of the tweets and really see in one place how people were talking about the brand,” says Aviaz.

Aviaz tells me that the ‘Mel Gibson’ level twantrums have proven to be the most fruitful. They tend to feature ALL CAPS, unbridled profanity, nonsensical hashtags and a whole lot of rage. For these scenarios, users should turn to Twantrum’s 6-Step Intervention Guide (Hint: “Step away from the computer). In the future, the Twantrum team plans to build rankings of brands that cause the most twantrums, and then rank customers who most often turn to a twantrum! “There’s fun to be had on both sides of the coin,” he says.

While Tantrum’s aesthetics leave much to be desired, Aviaz says the team is on the lookout for a UI designer to help out on projects, so hit him up on Twitter if you think you can make Twantrum look better. And check out the latest Mel Gibson rages below:

Twantrum creator James Aviaz is also a huge music geek. Read our recent interview with him about the music discovery process here.