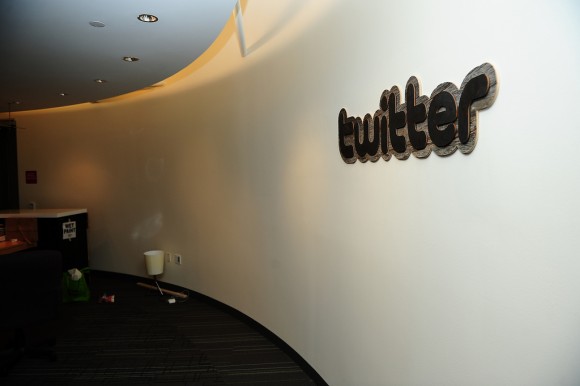 Twitter, launching just over five years ago, has captured the hearts and minds of over 200 million Internet users. The service, operating as a sort-of-centralised SMS message that allows interested parties to read should they be so inclined, has grown with the smartphone generation as communications go mobile and users become addicted to sending and receiving real-time updates.

Blamed for facilitating the breaking of so-called super-injunctions, helping celebrities land themselves in trouble but often the source of news on worldwide events before it hits the major newswires, Twitter divides opinion thanks to the diversity of its users.

Since the beginning of the year, Twitter has launched a native Mac application, smashed its New Year tweet record, started to roll out crowdsourced regional translations, made available HTTPS access, celebrated its fifth birthday, wrestled with the DickBar (QuickBar) and made available a slick new HTML5 mobile interface.

Not stopping there, it acquired Tweetdeck, launched a dedicated Follow button, partnered with Apple for native tweeting in iOS, pushed its URL shortener, hit one million registered developer apps, raised significant funding, started to embed adverts within user timelines and added a new activity tab to show favourites, retweets and follows associated with a user.

The company isn’t slow to iterate, but is it doing enough to retain users and draw people to the service?

Tweet volume has expanded from 65 million to 200 million tweets per day in just a year and the company has a valuation of over $8 billion – it’s certainly doing something right. However, Twitter needs to ensure that it can adapt its platform to make it easier for users to interact with their followers and continue to draw value from the service.

Twitter is rife with spam, as is any popular social network, but the sheer number of spam followers and automated tweets generated on a daily basis has many users lamenting the company’s inability to adequately stem the flow of ads, scams and linkbait that pass through people’s timelines each and every day.

Marco Arment, creator of Instapaper, wrote of his frustrations with Twitter’s approach to spam, insisting that a reliance on the “Report Spam” button was not only demotivating users, it was ineffectual when used against large numbers of spam tweets:

Spam-fighting is always a tricky balance: if it’s too aggressive and automated, it’ll prevent some legitimate messages from reaching their recipients. But if it’s too conservative or manually triggered by user reports, a lot of spam will get through.

Twitter seems to have chosen the latter. At this point, given their resources, it’s almost certainly a philosophical choice — e.g. “every message must be delivered” — and not because of a lack of spam-fighting abilities.

Arment suggests that the system described above means a “lot of spam is shown to users before it’s cleared away by the few that report it (and whatever actions result from that). The spam succeeds”. Bearing in mind that only a limited number of users will actually utilise the spam reporting feature, it will mean that a particular message or link will be digested by a group of people before it is removed for the rest.

The small number that do use the button will then become disillusioned with the effectiveness of the feature, lowering the amount of physical reports from the Twitter website or via third-party applications.

With over 200 million users, a small percentage of which are power users, the company needs to move to a heuristic model that mimics Google’s Gmail filters. Google’s spam control is still crowdsourced but it also relies of distributed computing and language detection to detect bogus tweets, even utilising optical character recognition developed by its Google Book Search team to scan and learn from image spam.

The search giant, known for its complex ranking algorithms, also relies on its search results to combine hundreds of factors to classify spam.

Twitter doesn’t have the same data as Google, but it does have billions of tweets from which it can detect trends, usage patterns and frequencies, allowing it to build a filter of its very own. It certainly wouldn’t take much in the way of resources to train a system to identify a Twitter user who does not have an avatar, posts a large volume of tweets from a new account with zero followers over a short time period, and in many cases shares just a link.

Noticed the amount of spam that comes from Twitter accounts with a scantily clad woman in the avatar? If Twitter could employ photo recognition on user avatars, a huge percentage of accounts could be flagged as a spam accounts at the very least, allowing its more complex algorithms to go one stage further and assess other major flags on the account.

Twitter, of course, is well aware of the problem and is working behind the scenes to incorporate a spam filter that will have almost no negative impact on genuine users. Twitter CEO Dick Costolo recently tweeted that the company has begun to move from a “reactive” process to implement a predictive system:

It’s a difficult job, similar to asking a mobile operator such a Vodafone to identify and block all SMS spam on its network. However, without a significant overhaul of the current spam detection and removal system, users could become disillusioned with the service and believe that Twitter does not look after its users as it should.

Drive Interaction Between Users and Brands

Businesses have taken to Twitter to provide real-time assistance to their customers, as the service provides a dedicated avenue of communication that can see requests translated into actions. Some companies have rolled out innovative marketing campaigns via their Twitter accounts, others provided discounts to their followers, whilst some have set up dedicated channels to provide direct customer support without the need for lengthy (and expensive) phone calls.

Twitter has the opportunity to provide brands, even celebrities with additional features to better manage their customer or fan base. At present, all Twitter accounts are equal and brands manage their accounts using business-specific Twitter clients that can provide insights into their followers/customers.

Facebook leads the way with brand/business interaction, offering a unique set of tools and features to better serve their customers or fans.

The Next Web contributor and Simply Zesty writer Lauren Fischer wrote last week that “Facebook’s willingness to accommodate brands, though it may not have been how Zuckerberg originally saw the site, is the main reason it continues to grow”. She suggests the Facebook team recognised the need to monetize the site early on and so rolled out unique ways to accomodate businesses in addition to advertising via Pages and groups.

To this day, Facebook holds a distinct advantage over its rivals. Twitter almost certainly knows this and it has been suggested that the company has stolen a page from Facebook’s playbook by looking to incorporate brand pages of its very own.

Similar to Facebook, Twitter is reportedly looking at opening up ways for advertisers to deliver tailored messages to their followers and serving as a central hub for companies to coordinate campaigns with Twitter CEO Dick Costolo and President of Revenue Adam Bain championing the idea as one of the many plans it has to monetize the service.

The end user benefits because she can interact with a real person acting on behalf of a company and I imagine would be able to do so without having to be followed back (something that neither brands or celebrities are inclined to do).

It’s an odd thing to say “encourage collaboration” – because the service thrives on people working together to serve a purpose, answer questions etc. Twitter doesn’t need to motivate its users to collaborate, it should focus on providing tools to facilitate different methods of interaction.

An example is Twitter Lists. Loved by some, hated by many, Lists have enabled power users to replace their RSS feeds with updates from a group of specifically curated Twitter accounts, without the need to follow them. The problem with Lists is that they are limited to one user, as they are tied that user’s account.

Providing a way for multiple users to curate accounts in a list would be a small but welcome addition to Twitter’s feature set, giving users/brands an opportunity to keep lists relevant and fresh, adding perspectives from other Twitter users.

If another user can then find a List they wish to follow, they should then be able to import the list of accounts within that list into their own timeline, possibly even sending targeted tweets to dedicated accounts within it (similar to Google+’s Circles).

In Twitter’s case, it’s not about adding a hundred new features, it has to focus on tailoring the current experience. Adding new features to the service could bloat the platform, alienating users that were attracted to its ease of use and ability to compose updates with the minimum of fuss.

By minimising spam, improving the layout and design of the website and providing tools for brands to integrate with their followers, Twitter can add more value to its extremely powerful and popular service whilst keeping it lean and free from excess bloat.

It’s never going to be a case of obtaining users, it is keeping them. The service operates differently from Facebook and so needs to provide an experience that is not just familiar to users but incorporate unique features and services of its own to assist them when interacting with their followers.