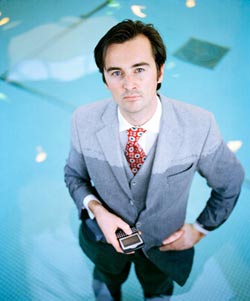 Social activist Fahmi Fadzil has been ordered by a court in Malaysia to apologize on Twitter 100 times, after claiming in a tweet back in January that one of his friends, who was pregnant, had been poorly treated by her employers at a magazine run by BluInc Media.

Fadzil issued an apology within a few hours of the claim, but the legal wheels were already in motion and he received a letter from the company’s lawyers.

The case was settled this week, and it seems he has escaped a heavy fine, but he has agreed to apologize 100 times over three days on Twitter.  Fadzil has around 4,500 followers, a figure that will probably swell significantly as news of this case circulates across the Web.

At the time of writing, he had completed 19 of the tweets, which must say: “I’ve DEFAMED Blu Inc Media & Female Magazine. My tweets on their HR Policies are untrue. I retract those words & hereby apologize.”

It’s not clear whether part of the order was that he had to physically type each tweet each time, but I reckon at the very least he will be copying/pasting. If he’s really switched on, he will be using a third-party client such as HootSuite to schedule his posts over the three days, though it seems he will have to tweak each one ever so slightly as he’s numbering each one incrementally.

Whilst this is a fairly harmless outcome to the case for Fadzil, it does raise more questions as to the legal implications of what we say on public forums such as blogs and social networks. Similar to the recent super injunction case we reported on, this is proof that users will be held accountable for what they say online, and we can probably expect to see more people hauled into court as precedents are set.

Just to clarify, this deal was actually agreed as part of an out-of-court settlement with the claimant, and didn’t result from a court order.