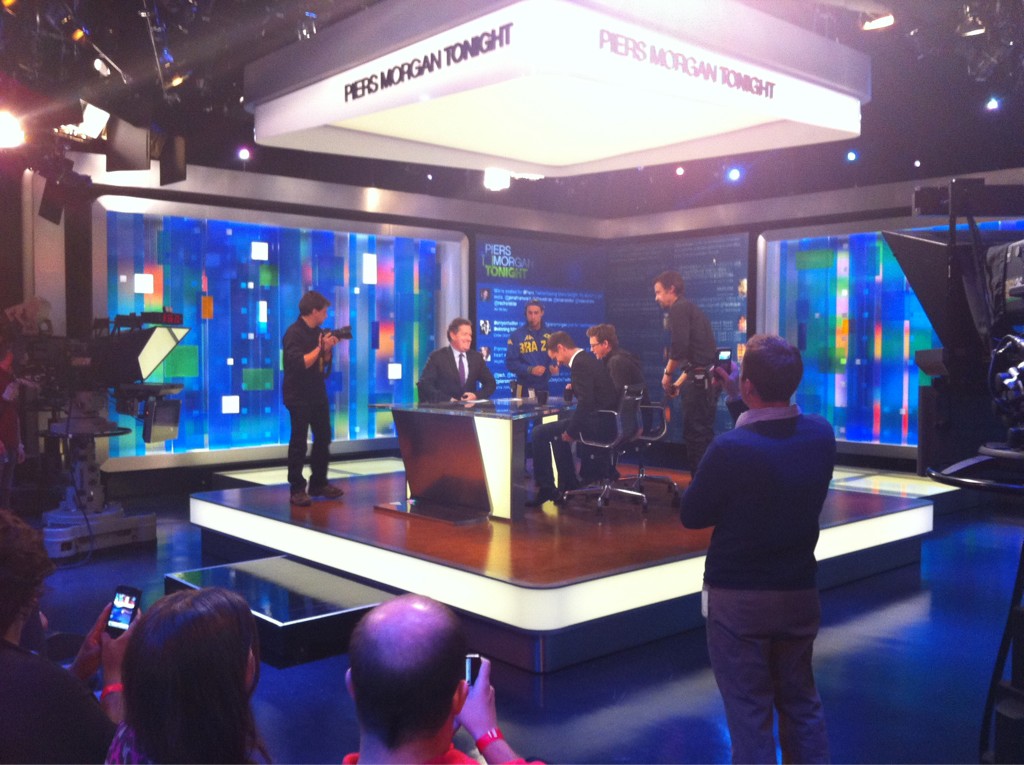 A couple of days back, we reported Piers Morgan would dedicate Tuesday’s instalment of his live CNN show to Twitter, inviting Twitter co-founders Biz Stone and Jack Dorsey to appear on the programme, as well as to celebrity Twitter users Alyssa Milano and Martha Stewart.

Last night, the show aired, giving us more of an insight into how Twitter got to where it is today and how on-screen celebrities utilise the platform to interact with their fans.

CNN has released some of the videos from last nights broadcast, luckily we are able to embed them here. Twitter is getting some serious airtime as of late, surely driving record signups in the process. Is this the tipping point for Twitter? Let’s find out:

Biz Stone and Jack Dorsey say they are extremely humbled by Twitter’s success and growing importance:

“I find that is a sufficient amount of time to get across the messaging I’d like,” said Stewart. “After awhile you’ll get used to it and you’re going to figure out what it is good for, and it is good for a lot of things.”

As you can see, Morgan had a live Twitter wall updating in the background as he interviewed his guests. Fans and viewers we encouraged to tweet the show asking questions, with Piers Morgan and other celebrities retweeting messages of support.

Hilariously, even the missing Cobra from the Bronx Zoo got involved, tweeting (from a parody account in case you were wondering):

Hey @piersmorgan, @jack and @biz, What does a snake have to do to get this account verified?

We expect more videos to become available over the next few hours, we will add the as they are added to the CNN website.

Read next: This MUST be the CEO of Firefox!?