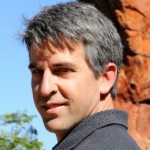 Since this time last year, Twitter has grown from 48 million to 140 million tweets a day. And the notoriously open platform took a big step today. Twitter’s Ryan Sarver just made an announcement involving Twitter’s updated API. We’ve published excerpts below but, the take away: no new Twitter clients.

This massive base of users, publishers, and businesses is a giant playground for developers to build their own businesses on, and this means the opportunity has grown for everyone. With more people joining Twitter and accessing the service in multiple ways, a consistent user experience is more crucial than ever.

Sarver notes that this was Twitter’s motivation for buying Tweetie and developing their own official iPhone app. It is the reason they have developed official apps for the Mac, iPad, Android and Windows Phone, and worked with RIM on their Twitter for Blackberry app. As a result, the top five ways that people access Twitter are official Twitter apps. According to Twitter, 90% of active users use official Twitter apps on a monthly basis.

In addition, a number of client applications have repeatedly violated Twitter’s Terms of Service, including our user privacy policy. This demonstrates the risks associated with outsourcing the Twitter user experience to third parties. Twitter has to revoke literally hundreds of API tokens / apps a week as part of our trust and safety efforts, in order to protect the user experience on our platform.

Twitter is obviously concerned that consumers will be confused by third-party Twitter clients, and that the potential for a fractured landscape and poor design elements will drag what its amazing service down. Can you blame them for wanting to curate a consistent user experience? To ensure this, Twitter has updated its API terms. The “Developer Rules of the Road” begin with the following paragraph:

More specifically, developers ask us if they should build client apps that mimic or reproduce the mainstream Twitter consumer client experience.  The answer is no.

We will be holding you to high standards to ensure you do not violate users’ privacy, that you provide consistency in the user experience, and that you rigorously adhere to all areas of our Terms of Service.

Bottom line: All of the apps you use and love that work with Twitter are probably legitimate. It sounds like somebody found a way to abuse Twitter’s API policy. Twitter is also likely trying to protect its promoted Tweets and Topics business strategy.

As Twitter’s ecosystem continues to grow beyond 750,000 registered apps, it seems the startup is growing up and choosing its friends more wisely.

Read next: Microsoft signs off on the final IE9 build