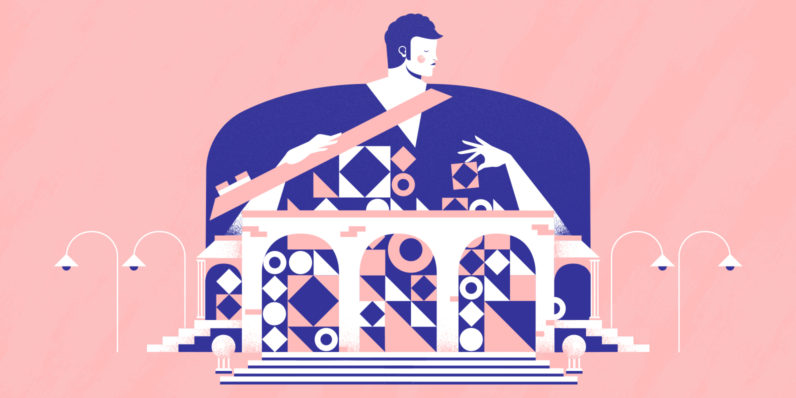 Newsfeeds are notoriously hard to build. They have to show the right things to the right users at the right time. Oh, and be tailored to the user’s personal behaviour and interests of course. Newsfeeds have become the core component of successful products like Facebook and Twitter. However, it’s not the easiest component to develop, especially if you’re a startup ready to scale.

That’s exactly what Thierry Schellenbach and Tommaso Barbugli figured out in late 2014 after working at social fashion network Fashiolista.

“Especially at scale, newsfeeds get very complex”, says Barbugli. “That’s what triggered Thierry and me to build different versions of social networks and newsfeeds in our spare time.” Schellenbach and Barbugli built an open-source library called Stream-Framework, which is now the world’s largest Python library to build newsfeed activity streams. Signs of early validation were clear and the two co-founded Stream, now a company employing over 10 people in two locations.

The main driver of Stream’s growth might sound somewhat surprising. “The open-source community is by far our biggest source of traffic. It is key for the growth of Stream, as we have quite a complex product. I actually already knew Thierry via his open-source libraries before we met in real life,” says Barbugli.

To accelerate their growth, Stream puts a lot of effort into creating example apps and distributing these in the communities.

“This is something we did from the beginning. Explaining our product is pretty hard, because it’s a core component of an app, but it’s not an app itself. So it was a natural thing to build example apps, like a Twitter clone or an Instagram clone. And then people understand it, of course. These example apps take weeks to create. However, when we launch these on HackerNews, ProductHunt, Lobsters and in other developer communities, they get a lot of attention and are downloaded thousands of times. It’s one of our main growth strategies.”

Stream is not the only startup that has experienced this kickstart as a result of their background in open-source communities. Open Social, a spin-off of digital agency GoalGorilla shows remarkable similarities with Stream.

The company has open-sourced their codebase, so that organizations can create their own community platforms. Their Drupal-based software has been downloaded thousands of times, which makes Open Social the most installed codebase in the Drupal 8 marketplace.

Open Social’s business model lies hidden in its offering of a SaaS solution. This solution comes with automated deployment in the cloud, completely maintained and with new features being pushed to the client from Open Social. “Basically, the standard SaaS model but then with a twist, since the code base is open-source”, says Mieszko Czyzyk, co-founder of Open Social.

In an overcrowded SaaS market, early validation and some product market fit don’t cut it. That’s why Stream applied for Techstars New York, to start fundraising and enable themselves to scale quickly.

“When I met Thierry and Tommaso I just knew they were onto something.”

Right after their application for Techstars, the managing director of the program, Alex Iskold, called Schellenbach with great enthusiasm. “In my previous company GetGlue, we experienced the pain and challenge of building our own feeds. When I met Thierry and Tommaso I just knew they were onto something. I was really impressed with their traction on their open-source solution and their vision to build a new kind of database – optimized for serving highly scalable feeds,” says Iskold.

The popularity of their open source project and their time at TechStars enabled Stream to raise a seed round of $1.7 million in August 2015 from FGAngels, TechStars Ventures, Tahoma Ventures, Social Starts and Galvanize, among others. Iskold now serves as an advisory board member at Stream.

Both Stream and Open Social are steadily growing their teams. Stream has grown from a team of 2 to 12 people, while Open Social’s headcount hits 18. “We are now ready to grow our sales and marketing,” says Barbugli. “This goes hand in hand with how mature our product is. When we were a 6 month old startup, it was really hard to believe for these big companies that we were going to be around for the next 10 years, so it didn’t make sense for us to go and chase these big accounts. However, we are solving scalability issues, so our natural target group are these bigger accounts”.

Iskold agrees: “Any startup at Stream’s stage faces two challenges which are both related to growth – sales and people. To grow, they need to continue to increase their sales and then, in turn, they need to continue to build out the team.” Open Social is facing the exact same challenge: “Key is to get the onboarding completely right at this point,” says Czyzyk. “Once we have that on track, we are able to scale quickly and we’ll need to attract customer success managers.”

Stream and Open Social’s open-source heritage has given them a great kickstart, and will remain a crucial part of their DNA. However, scaling their SaaS solution is a different ball game to the one they’ve played so far. They need to go beyond their current communities and reach out to new target groups in order to scale exponentially. And that’s exactly what they’re planning to do.

Read next: Why South Korea is the next major startup hotspot