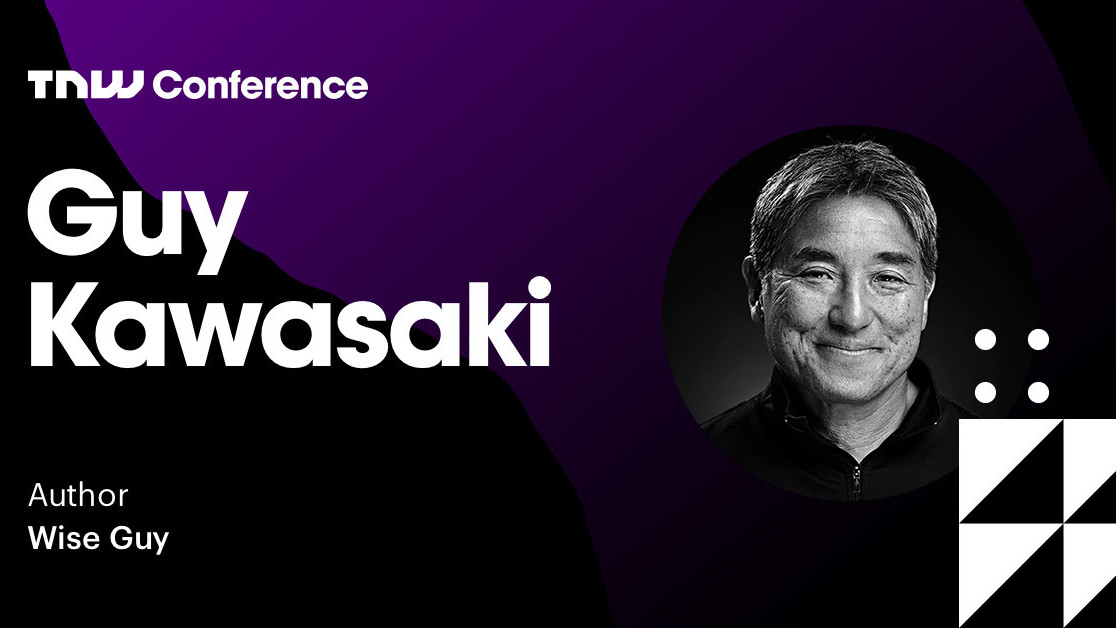 With exactly four weeks to go until TNW Conference, we have some very exciting news to share: Guy Kawasaki will deliver TNW2019’s opening keynote on May 9 in Amsterdam! I’ve dedicated today’s entire newsletter to this industry icon.

Guy Kawasaki is responsible for building Apple’s cult-like status that remains today. He basically invented evangelism marketing as Apple’s original chief evangelist from 1983 to 1987, and he was in charge of marketing the very first Macintosh. Kawasaki is now the chief evangelist of Canva and a brand ambassador for Mercedes-Benz.

He’s also authored 15 books, many of which have become bookshelf staples, recently publishing Wise Guy this year. At TNW2019, he’ll host a book signing where you can get your own copy of his latest work – stay tuned for more info!

🎙️ We're excited to announce Guy Kawasaki as the opening keynote speaker of #TNW2019! 🎉 ⁣ ⁣Now an industry icon, Guy was Apple's original Chief Evangelist from 1983-1987, and was responsible for creating the hype and cult-like status that remains today. Don't miss him speak at TNW Conference on May 9!⁣ ⁣ Hit the link in our bio to check out the full lineup of over 300 confirmed speakers (and counting)!

As if that wasn’t enough, Guy Kawasaki is widely regarded as one of the best speakers in the world. So what are you waiting for? Get your TNW2019 ticket now, because you don’t want to miss out on his enlightening keynote, where he’ll discuss the lessons he’s learned during his extensive and prominent career.