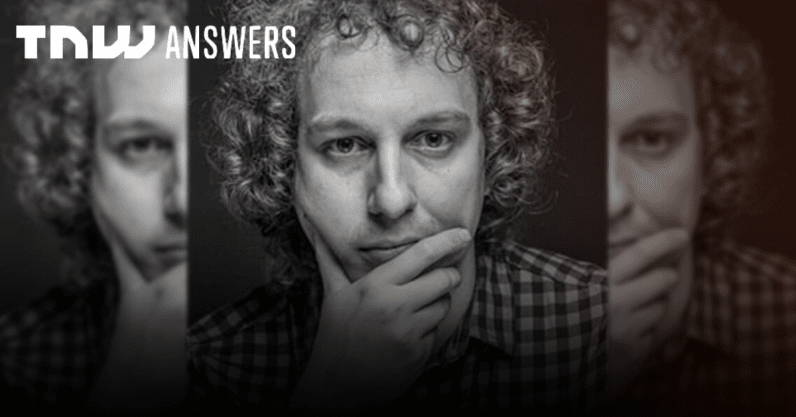 Over the past couple of years, YouTube has found itself fighting a whole range of issues. From failing to regulate problematic videos, to facing the pressures of regulating toxic comments and hate speech, and recommending troubling videos on its homepage to its users.

Earlier this week, Chris-Stokel Walker, the author of YouTubers, which looks at the lives of successful content creators who make a living on the platform, as well as its impact on society, hosted a TNW Answers session. And during the Q&A, Stokel-Walker shed light on how serious we should take the job and role of a ‘YouTuber,’ how the platform enforces its content guidelines, and how TikTok is learning from YouTube’s mistakes.

[Read: ‘YouTube recommendations are toxic,’ says dev who worked on the algorithm]

The streaming platform has two billion monthly active users with over 300 hours of video uploaded every single minute. With this in mind, it begs the question whether the platform can efficiently enforce content guidelines that work for everyone, everywhere. Purely down to the scale of YouTube and its influence, Stokel-Walker argues that the platform can’t consistently enforce fair guidelines.

“But it doesn’t mean you shouldn’t try – which is what has got us into the trouble we have so far. I’m always conscious of bringing in some historical context to this. Our polarized debate isn’t just happening on YouTube: it’s happening throughout society,” Stokel-Walker said during the session. “Had YouTube taken a more proactive stance earlier in realizing they needed to do something, they could have had a much friendlier political and social environment to make those changes, rather than the current damned if they do, damned if they don’t world.”

In recent times, YouTube has been weaponized to spread fake news, especially in India where channels spread misinformation in regional languages. To fight this, Google has 10,000 content moderators to keep its subsidiary company free of any political propaganda and other offensive content. But it’s still believed that the streaming platform isn’t doing a good enough job of keeping its users safe.

“I think there’s a scale issue here for one thing, and then another one is the fear of being involved in deciding what is fake news and what isn’t,” Stokel-Walker added. “If it’s factually incorrect, then 100%, it should be an easy call. But today we have people calling out fake news which is factually correct, but just something they don’t agree with politically.”

TikTok is learning from YouTube’s mistakes

Youtube is the place to watch videos online, be that funny cat videos or mundane tutorials. However, the real issue is the videos we don’t seek out that find their way to our “Up next” box via AI technology, something many experts have said has “grave-side effects.” As TikTok becomes increasingly popular, Stokel-Walker believes we’ll see the platform face similar issues to what YouTube has had.

“One of the things I find interesting is that TikTok is consciously trying to learn from all the mistakes YouTube made in the last 15 years of growth and try and head them off or do something differently,” Stokel-Walker said. “That stems from being more open to the media to being more supportive of its users and so on. Whether that’s enough to head off the issues that will be coming round the corner (for instance, it has a mixed response to coronavirus content) is another question.”

Can we take the job of a ‘YouTuber’ seriously?

In one word, Stokel-Walker said: “Enormously.” It’s a career path that may worry parents as a recent survey of 3,000 kids found that being a YouTube star was a more sought-after profession than being an astronaut among kids in the US and the United Kingdom.

“One of the key misnomers I think people have is that they equate “YouTuber” (or, for that matter, content creator on any platform) with ‘celebrity,’ when in fact they should equate it with ‘entrepreneur,’” Stokel-Walker argued. “These people are setting up businesses, and they’re building their businesses to stay. I get a lot of questions from parents about the viability of their kids pursuing a career as a creator, and I often say the chance of success is tiny and diminishing, but that there is definitely a chance to succeed.”

As discussed in Stokel-Walker’s book, he does see a difference between the first YouTube generation and today’s kids who are growing up with the platform.

“One of the fundamental differences is the reason why many people do it. I got into trouble with Casey Neistat, who has since become a good contact, for suggesting that people nowadays predominately get onto YouTube as creators in order to make money or become famous. Back in the early days of YouTube, a great number of people weren’t doing that. They were doing it for fun.”

Stokel-Walker argues that YouTube isn’t going anywhere, anytime soon. While the platform is a wonderful way to waste a few hours, there’s no denying it comes with its own issues, some that it doesn’t take enough responsibility for.

When asked what he would change if he became a Youtube executive, Stokel-Walker said: “I have an unpublishable answer to that, but the publishable one is that I’d try and get ahead of the scandals, rather than be reactive – have a team of white hat hackers probing the loopholes in policies who would flag up what is the next issue likely to rear its head.”

You can read the whole of Chris Stokel-Walker‘s TNW Answers session here.

Read next: Coronavirus petitions have generated over 3,590,563 signatures