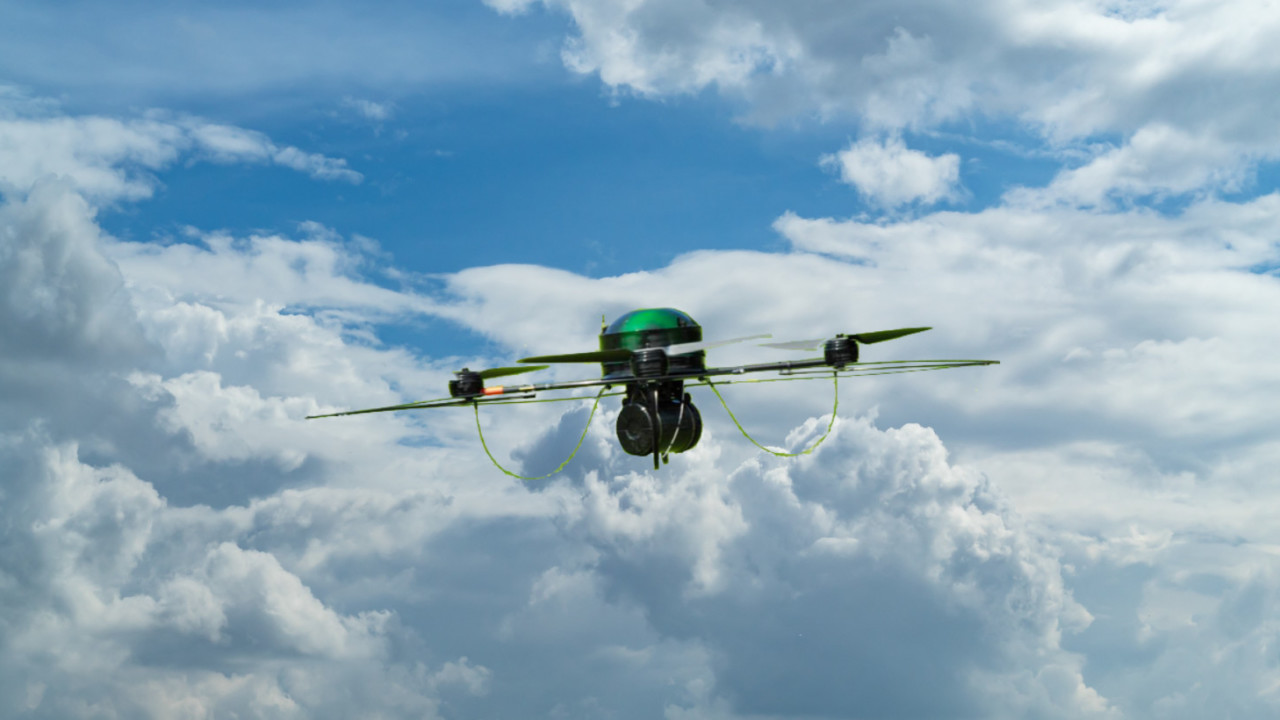 During one of the first test flights in the Netherlands back in 2006, police drone “AirRobot” got lost. It was programmed to return to a certain location, but it didn’t.

The drone had cost about €30,000 and a few years to develop, so needless to say the team responsible didn’t sleep well that night. But after they reached out to Dutch press for coverage on the missing case, a good citizen came forward to return the device.

“The guy found the UAV walking his dog,” says Hans Schönfeld who was part of the drone team. And, then, proudly: “It had landed perfectly on its own.”

Looking back now, the Dutch police was certainly ahead of its time. In 2006, the word “drone” hardly existed in the Dutch lexicon and most people didn’t really get the concept of autonomous aircraft.

You can tell this from looking at people’s online reactions to the news article about the missing “mini-helicopter.” Commenters didn’t understand why this “model airplane” was reportedly worth thousands of euros when their local toy store sells them for 30 bucks?

This was 12 years ago. Today, drones are considered mainstream technology and truly available at every toy store. Yet police drones still haven’t made it past the pilot phase. What’s taking so long?

To Schönfeld, who is now Chief Innovation Officer at the Dutch police, the idea for a UAV came in the late 90s when he joined the Amsterdam force.

Back then, only one police helicopter was available for Amsterdam, and other cities sometimes borrowed the aircraft. “So we needed a cheap alternative for air surveillance,” continues Schönfeld.

Drones could be the solution, his team thought. So two quadcopters were developed in the early 2000s. They were the size of a bike wheel, with a round band protecting them from bumping into walls and windows. The AirRobots, as they were called, could fly autonomously, were radio-controlled, and lasted about 20 minutes in the air. A small camera underneath could make videos and take pictures.

The AirRobots were helpful in several big investigations, says Schönfeld. “We used the UAV to collect evidence in suspects’ homes. If they’d left a window open, we would fly the AirRobot inside. If not, we would peek through windows and take pictures.”

Was this even legal? Well, kind of, says Schönfeld — though the use of drones was virtually unregulated. “In some criminal investigations, police is granted permission to search private places like homes and cars. If you can legally enter someone’s home, you can also peek through their bedroom window, was our reasoning.”

Schönfeld can’t name names, but these were investigations into serious crimes, he says. “Murder cases, assassinations, large-scale drug trafficking.” Considering that in those days, Amsterdam struggled with a mob-like group of ruthless criminals carrying out dozens of murders, it seems likely these are the cases he’s talking about.

In the years that followed, the AirRobots started to show up in less covert operations. In 2008, one device was used during a large-scale eviction of squatters in Amsterdam. Judging by a short news video produced by local media AT5, police believed this was just the beginning.  According to the interviewed spokesman, the AirRobot “would soon be used for large events such as Queensday and soccer matches.”

It’s been ten years and the AirRobots are long gone. After running into technical difficulties in 2010, they were shipped off to the Dutch Police Museum. Other drones were developed and used in the following years but had little success. In 2013, a report was published saying that since 2009, only four cases have been solved using drones.

Fast-forward to 2018. Dutch police now have a dedicated drone department and are running several small-scale experiments to test their effectiveness. There are 15 police officers certified to pilot a drone and five drones available for law enforcement. This isn’t enough, apparently — the team can’t keep up with the growing demand for police drones, a recent Dutch news article mentions.

The drone team gets regular requests to assist with traffic accidents and large-scale search operations, capturing the scene in 3D. But police drones have also been used to surveil during a big fire and a cafe shooting, the interviewed officer says. Followed by: “We’ve had promising experiences, but we just are at the beginning.”

Except that it isn’t the beginning — far from it. Wouldn’t it have been better to expand the police drone project years ago, so there wouldn’t be a shortage today?

It will still happen — really

Schönfeld sighs. “Probably, yes. And that’s exactly what our organization’s problem is. New technologies are adopted at a very slow rate, while we should be ahead of the curve.”

He still believes in drones, though. Once 5G networks are launched in the Netherlands — 5G is expected to first come to Amsterdam in 2020 — swarms of drones will be better able to operate autonomously, without crashing into each other. Data can be exchanged in real-time, so they can be maneuvered much more precisely.

In addition, people-carrying drones will also make their entry. Worldwide, several companies are competing to launch the first commercial passenger drones. The Ehang 184, a Chinese-made flying taxi, has already completed over 1,000 test flights. The autonomous drone can carry one passenger plus cargo for 23 minutes. Airbus has developed the Vahana and Astro Aerospace created the Elroy, which can take two passengers at once.

While technically not a drone because it can’t fly autonomously, The Dutch police are thinking about experimenting with flying police cars in 2020. Dutch flying car PAL-V Liberty seems a likely choice here, but other manufacturers are reviewed as well. The aim of the experiment is to see if the police can be on the spot faster in remote areas.

“It’s time we start exploring our options in the sky,” Schönfeld concludes. “If passenger drones become available to the masses, Dutch police need their own version — preferably one that’s a little better. It’s the only way we can keep up with what’s coming.”

Now that much crime has gone digital, the Dutch police need tech talent more than ever. Check out the many tech jobs they have to offer.