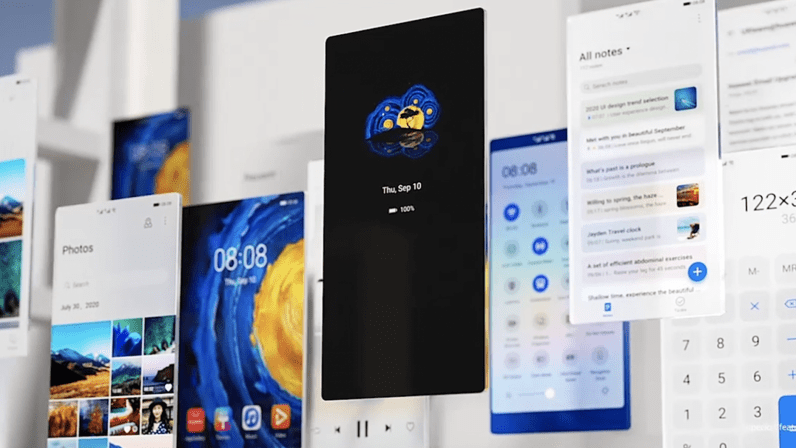 If you’re a developer, there’s no doubt you’ve heard of Huawei’s annual Developer Conference (HDC). This year’s HDC2020 saw the arrival of some cool new gadgets for consumers but also some cutting edge software updates that we’re sure devs will be pretty excited about.

But, in case you missed the conference, we’ve got you covered. Here we’ll give you a quick rundown of the key software highlights and take-aways. If you want to know more about the new hardware announcements, check out this article.

But first, here’s a quick recap video of everything you need to know about Huawei’s new software offering:

Huawei’s open source microkernel-based operating system just got an upgrade which will have you jumping for joy. This new version is made with a UX adaptive framework, meaning you can build your app on one platform and seamlessly scale it across other devices from smartphone to laptop to tablet to smart tv, etc.

Three of the key new updates include:

Distributed virtual bus – This allows you to automatically pool multiple devices together and, along with its mesh network capability, create a smooth, lag-free cross-device experience. And the stats seem to be pretty promising. According to the company, this ecosystem provides a low 10 ms latency and under 30 percent anti packet loss rate.

Distributed data management – All of this interconnectivity is supported by its hyper-fast inter hardware data transfer and data management capability. At HDC it was revealed that HarmonyOS 2.0 will have a 2.4 GBPs data transmission and a search speed which is 1.2 times faster than iOS core spotlight system.

Distributed security – At the same time, this new version has stepped up its security game, with one of the coolest updates being an AI-based detection system to root out potential cyberattacks.

The final debut of HarmonyOS 2.0 will come out in 2021 but you can already get your hands on the beta version for Smart TVs, Smartwatches, and head units. The beta for smartphones is set to come out this December.

In case you’re not familiar with it, EMUI is the user interface for Huawei devices and this year it got some pretty cool new updates for version 11.

We use our smartphone for everything these days, but what slows us down is that we can only use one application at a time… until now.

One of the best new updates coming to version 11 is the ability to use multiple apps at once, just like on your laptop or tablet. This multiwindow function sits on the right edge of your screen. By tapping one of the apps, you’ll get a floating window which you can shift and resize. This makes it easier to multitask.

We talked more about Huawei Share in our article discussing Huawei’s new hardware updates. This function allows you to connect your Huawei phone and laptop with one simple tap. Once connected, a virtual version of your smartphone screen will appear on your laptop allowing you to use apps, drag, and drop files, etc.

With the updated EMUI 11, you can now open more of your phone’s applications on your laptop at the same time. For example, you could be sifting through your vacation photos and sharing them on your favorite messaging system, all while using your laptop’s camera to chat with your best friend.

EMUI 11 also has some cool new updates to its UI including an ‘Always on display’ which features a neat color catcher, allowing you to match the phone’s color palette to your clothes or a favorite photo, etc. This new look also includes haptic feedback, new sounds, and animation.

Huawei has been on a mission to develop its HMS mobile services ecosystem into a strong competitor and alternative to market dominator Google Mobile Services. And it’s made some pretty significant headway in its short lifespan. HMS is now the third-largest ecosystem in the world. After just one year, it’s attracted 1.8 million developers who are currently using the system.

What’s behind this fast growth?

The company has focused on bringing more developers on board by expanding its service offerings on the AppGallery and setting up regional support centers to help local developers attain a more global reach.

This includes the new HMS Go Global Ecosystem Alliance which aims to provide support to Chinese developers who want to launch their apps in the global market by assisting in three of the biggest challenges they face: product localization, local compliance, and local promotion.

The AppGallery now has 490 million active users across 170 countries and regions. In the first half of 2020 there were 261 billion app downloads. So far 96,000 apps have been integrated with HMS core. It’s also attracted some big names like TomTom, Bolt, and Kumu, which have already launched some successful products and services within the ecosystem.

And this year, the company announced some interesting new updates to continue attracting more developers and users including:

But just how can developers and companies across different industries use these updates to scale up their offering? During HDC 2020 three tech sessions on ecommerce, travel, and gaming highlighted some of the ways you can use these updates to attract new users, make your services faster and more efficient, and outperform the competition.

Let’s have a look:

The recent lockdown experience has sped up the adoption of AI and VR tech within the ecommerce industry. There are three areas where HMS core is helping companies to integrate this tech.

This allows for real-time push notifications in a variety of formats. For example, it can be used to send promotions and coupons to shoppers or to remind them when they’ve forgotten to purchase items in their shopping cart. Location-specific features allow you to send specific coupons that shoppers can use at a nearby store.

One cool new feature is automated text translation. This can be used, for example, to translate reviews into a shopper’s native language.

Updated search capabilities allow consumers to search using images or voice, instead of having to type in search queries. Online shopping platform Banggood used this to create a machine learning tool that allows shoppers to simply take a photo of a product they see. The tool then automatically searches for the product on the platform allowing customers to easily compare prices.

With ‘AR Try before you buy’, you can create AR experiences that allow your customers to: see how your furniture would fit in their apartment, test out different shades of makeup, or try on clothing virtually, helping improve the shopping from home experience.

AR Live shopping allows you to show live product details. For example, you could create an exploded view of your product, allowing customers to explore the fine details.

HMS core’s smartphone-based live streaming capability is easy to use and set up – meaning you won’t need a camera crew. You can also avoid freeze frames and buffering by using pre-cache videos or adapting to lower bitrate availability.

Finally, if you don’t want to spend the time and resources building an app, Quickapp allows you to wrap your web-based store into an app that looks and functions just like a native app.

There’s also some interesting new features for navigation and travel apps including:

Super GPS positioning and real-time location tracking, which allow you to make taxi positioning more accurate so taxis and passengers can find each other more easily.

For international travelers, real-time language translation can help break down communication barriers between drivers and passengers.

Huawei is aiming to attract more gaming companies and even individuals who create their own games with its unique AppGallery offering. For many years now Apple and Google’s app stores have dominated the market. Huawei aims to heat up the competition by offering more developer support and streaming options. Some benefits include:

It’s new software and hardware offerings are key to making this platform more attractive to gamers. For example, the company’s move towards seamless integration will make it easier for developers to create mobile games that can then be used on multiple devices.

One of Huawei’s partners, GameLoft, demonstrated how they could use HMS Core’s new Cast Engine to enable users to cast a racing game onto a smart TV and use their phone as a controller. This multi-device integration could make for some pretty cool new developments in gaming. Plus, the company claims this service will provide 70% better streaming latency than its competitors.

This was just a recap of some of the new things we’re expecting to see from Huawei in the next few months. A lot of the full session playback videos are now available on YouTube, so you can check them out for more details about what’s to come. For our short and sweet version, don’t forget to check out our write up and video recap of Huawei’s new hardware products.

This article is brought to you by Huawei.