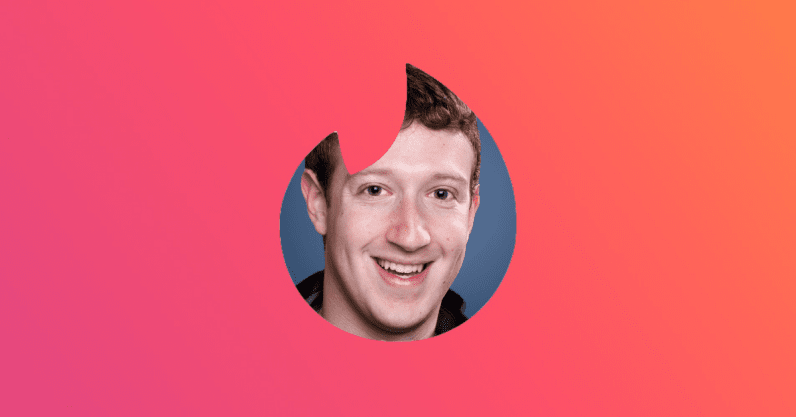 Last year, an investigation by ProPublica, BuzzFeed, and Columbia Journalism Investigations found more than 150 instances of sexual assault involving dating apps. Approximately 10 percent involved users being matched with dates who had previously been accused or convicted of sexual assault.

Last week, Tinder took a small step to give users a peace of mind when meeting up with someone: Introducing a “panic button” — this feature shares a users exact location and connects them with local emergency services in the event of feeling unsafe or in danger.

While the dating app could do more to ensure a convicted sexual assaulter doesn’t show up in your matches.

While the dating app could do more to ensure a convicted sexual assaulter doesn’t show up in your matches, the “panic” button does seem like a step in the right direction, right? Unfortunately, it’s not.

As first reported by Gizmodo, the dating company is reportedly sharing users’ data through Noonlight with ad-tech companies. This safety feature — which is similar to that used by Uber — was made possible through a collaboration with Noonlight, a free personal safety app that Tinder users will have to download in order to activate the panic button.

Reporters at Gizmodo downloaded Noonlight, monitored its network traffic and found various major names from the ad-tech industry including Facebook and YouTube, among some ‘unnamed’ third parties.

It makes sense for Noonlight to gather and share sensitive information about its users including their exact location, name, phone number, and health-related information with law enforcement. But what’s more concerning is written in the company’s privacy policy, stating that: “In addition, we may share information […] with our third-party business partners, vendors, and consultants who perform services on our behalf or who help us provide our Services, such as accounting, managerial, technical, marketing, or analytic services.”

In attempt to identify the ‘unnamed’ third parties, investigators analyzed the app’s network and found two companies that were gleaning data from the app, including Branch and Braze, companies that connect a user’s behavior across all their devices for retargeting purposes.

According to Gizmodo, Noonlight representatives denied that the company worked with any third-parties companies at all, but later admitted that they in fact do, but allegedly don’t sell any data. Even if the data isn’t “sold,” it’s still been exchanged with ‘unnamed’ third parties which doesn’t feel particularly ‘safe.’ Although a user signs a dotted line agreeing to an app‘s terms and services when downloading the software, in this case, users only want peace of mind from Noonlight and Tinder’s panic button, not their information shared with the likes of YouTube and Google.

The entire piece is worth a read, as Wodinsky details the process of finding third-parties in Noonlight’s servers and what this could mean for users of Noonlight and Tinder. Find it here on Gizmodo.