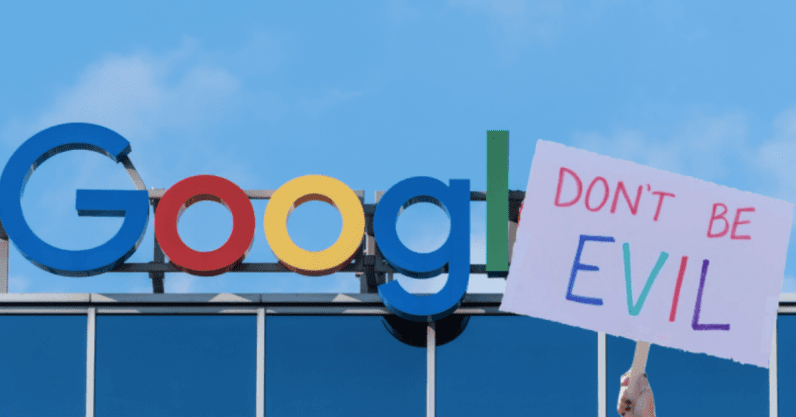 Over the past month, Google has found itself in yet another problematic situation with its employees. It started when some employees of the tech giant protested outside its headquarters in San Francisco over the suspension of two activist employees, Rebecca Rivers and Laurence Berland, who were put on leave for — what some employees are arguing — speaking out against the company.

Since the protests, both Google employees have been fired, as well as two others involved. In response, the fired Googlers, the ‘thanksgiving four,’ filed labor charges against the tech giant accusing the company of letting them go for engaging in protected labor organizing, and the US National Labor Relations Board (NLRB) has officially started a new investigation into the company’s labor practices.

As first reported by CNBC yesterday, the investigation, which will take approximately three months, will decide whether Google violated labor laws when it recently fired four employees. In addition to this, NLRB will also look at whether Google discouraged employees from engaging in union activity.

Since this all began, Google has adamantly said that Rivers and Berland were fired for  “violating its data-security policies,” including accessing employee’s calendars containing information of their location and sharing it with external sources.

The investigation was called upon in an open letter published last week by “Google Walkout For Real Change,” on Medium, the article outlined how the four employees, Laurence Berland, Paul Duke, Rebecca Rivers, and Sophie Waldman, will “fight back.”

The four argue that they weren’t fired for violating the company’s data-security policies, like Google claimed. “It’s about trying to stop all workplace organizing,” the open letter stated. “Google wants to send a message to everyone: if you dare to engage in protected labor organizing, you will be punished.”

These firings are part of a bigger, ongoing issue between Google and its employees. Over the past two years, Googlers have been protesting and organizing over issues including its handling of how management deals with sexual assault and harassment accusations, its controversial work for the military, and the treatment of its LGBTQ+ content creators on YouTube, Google’s subsidiary company.

it’s clear tensions are high between Google management and its employees. The tech giant has even hired an anti-union consultant law firm to advise management on how to handle internal retaliation.

The federal investigation against Google is set to take three months and we’ll update this article once we find out more.