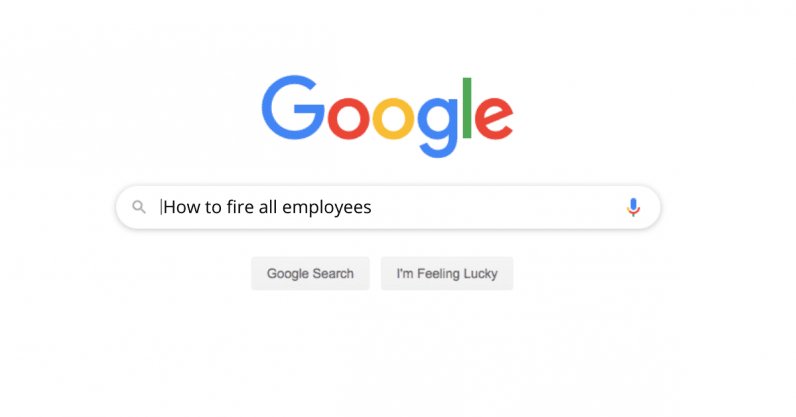 Last week, over 200 Google employees and supporters protested outside the tech giant’s HQ offices in San Francisco over the suspension of two activist employees.

Rebecca Rivers and Laurence Berland were put on leave for allegedly violating the company’s policy by accessing and sharing confidential documents — fellow Google employees contested the company’s reasoning, saying Berland and Rivers had done so only because they were involved in various activism efforts within the company.

I was just informed by @Google that I am being terminated.

Now, as first reported by Bloomberg, Google has fired both employees, as well as two others involved in last week’s protest. Yesterday, Google sent an email to all its staff detailing its decision to fire four employees for allegedly “violating its data-security policies.” The email, delivered on behalf of Google’s Security and Investigations Team, outlined that the fired employees unrightfully accessed employee’s calendars containing information of their location and shared it with external sources.

“The company is claiming that for looking up calendars and documents, which is something we all do, but we know that it is punishment for speaking up for themselves and others,” Google employees wrote in a press release last week.

Staff also argued that the firings against Berland and Rivers were an example of “brute force intimidation attempt to silence workers.”

This recent event has increased tensions already high between Google and its employees. Over the past two years, Googlers have been protesting and organizing over issues including its handling of how management deals with sexual assault and harassment accusations, its controversial work the military, and the treatment of its LGBTQ+ content creators on YouTube, Google’s subsidiary company.

“If Googlers will be placed on indefinite leave for merely accessing docs, we will similarly be much less able to effectively do our jobs,” Google employees wrote in a statement. “Even worse, without the ability to access docs, many of us would be unable to change teams, call attention to ethical concerns like Maven, or share in the massive job of maintaining the data of billions of users. This transparency is critical to our work, ourselves, and our users.”

Amidst the internal criticism at Google, the tech giant hired an anti-union consultant law firm to advise management on how to handle internal retaliation. It seems that tensions will remain high at the tech company, and odds are this will have lasting effects on the company’s reputation.