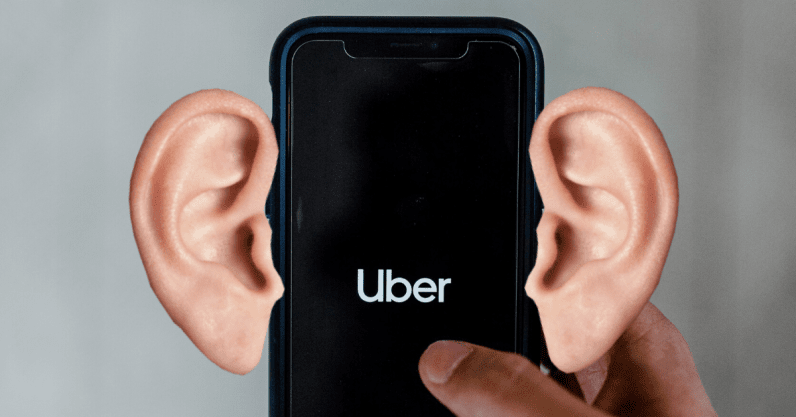 Uber has plans to ensure its passengers feel safe when using the service by introducing an audio-recording safety feature to all rides. This feature, which will be tested in Mexico and Brazil next month, is being introduced amidst increasing user safety concerns, as first reported by The Washington Post.

Once it’s been tested in various Latin American cities, Uber has plans to roll out the feature in the US, which will eventually allow drivers to automatically record all rides, while passengers can opt in to activate the feature through the app’s Safety Toolkit prior to their ride. Neither driver or passenger will be notified when the feature has been activated, although passengers will be warned before their ride that it may be recorded for safety reasons.

The recording can not be played back by the driver or passenger, but the passenger can choose to submit the recording to Uber’s customer support team if they’re reporting a safety incident — all recordings are saved incase a passenger reports an issue later down the line.

“When the trip ends, the user will be asked if everything is okay and be able to report a safety incident and submit the audio recording to Uber with a few taps,” an Uber executive told The Washington Post. “The encrypted audio file is sent to Uber’s customer support agents who will use it to better understand an incident and take the appropriate action.”

While this safety feature could make passengers and drivers alike feel safe, it does raise concerns around privacy. Uber mentioned that the roll out of the feature to the States could take some time as audio-recording consent laws differ from state to state. Also, Reuters reported earlier this month that these audio-recordings may be available to law enforcement upon request.

This safety feature is likely in response to increasing concerns — especially from female passengers — about their safety when traveling alone. In April last year, a CNN investigation found that for the previous four years, 103 Uber and 18 Lyft drivers had been accused of sexually assaulting or abusing passengers, and at least 31 drivers have been convicted for crimes including rape, kidnapping, and harassment. A couple of months after this, Uber issued a “Transparency Report” including data about safety and regulation, although it failed to mention how it handles harassment and assault allegations.

Over the past year, Uber has introduced various new safety features including the ability to call emergency services directly from its app and an accessibility feature to report an incident during the ride. While the introduction of safety features is a welcomed feature to every Uber journey, it shouldn’t be perceived as a quick fix on how the company deals with sexual assault and harassment cases — more needs to be done in the hiring and verification process to prevent people from being put in potentially dangerous situations.