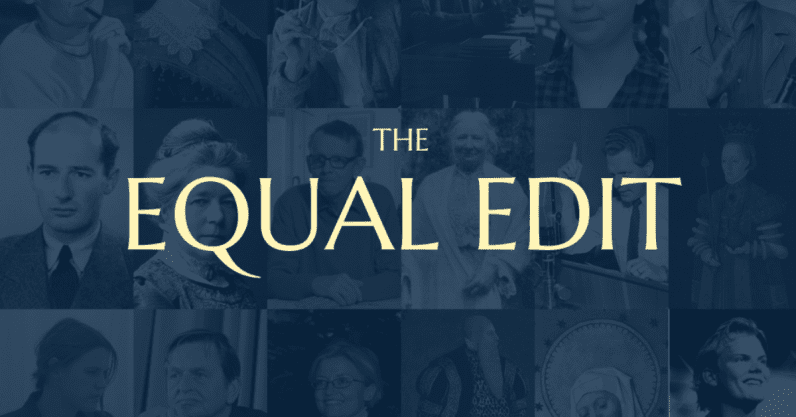 During history lessons at school, we were taught about conflicts, innovation, and resolutions that made the world what it is today — without telling the stories of the other half the population. History really has been “his story” — it was written by men, for men, and you guessed it, about men. In the US, 89 percent of the stories in history textbooks are about men. This same story even applies to nations considered great leaders in the fight for gender equality, such as Sweden.

To correct history, the Wikimedia Foundation has collaborated with Wikimedia Sverige to launch “The Equal Edit,” an initiative to make history articles on the Swedish Wikipedia site gender equal by telling the untold stories of influential women throughout time.

Swedish history is unsurprisingly filled with influential women, including Selma Lagerlöf, an author and teacher, although, the Swedish Wikipedia would have you believe otherwise. In the main article about Swedish history, less than 10 percent of the people mentioned are women.

The program, which works to write a more accurate and inclusive history, is only made possible by Swedish Wikipedia editor volunteers who have come together to add and update articles about Sweden’s history and highlight important women throughout the country’s history. “The Equal Edit” recently partnered with Historiskan, the first journal in Sweden focusing on women’s history. Together, they’ve compiled a list of influential women and are adding them to articles about Swedish history.

And this isn’t the first time Swedish Wikimedia has worked with gender gap-related projects. They have, for example, partnered with the Swedish Ministry for Foreign Affairs, Swedish embassies, and Wikimedia affiliates on “WikiGap,” a campaign that aims to add more articles about female figures, experts, and role models to Wikipedia.

Currently, fewer than 20 percent of Wikipedia editors identity as women, and just 17 percent of the English-language entries on the online encyclopedia are about women — with women scientists in particular being poorly represented.

But fighting for representation isn’t the only hurdle women face on Wikipedia; some have argued that the site holds a systemic bias against anyone who isn’t a white straight man since campaigners found that biographies of women are more likely to be flagged and removed by Wikipedia moderators.

Jess Wade, a physicist and ‘Wikipedian’ is fighting relentlessly to keep profiles up on the site, and has currently added over 700 biographies of women scientists.

Although stats on female representation on Wikipedia vary regionally, no matter which way you look at it, the picture is clear: information on women’s work and the influence they’ve had on history is less extensive than that about men. This is why projects like “The Equal Edit” are necessary to educate and inspire generations to come.

Read next: Binance to launch a blockchain for fiat-backed stablecoins, but who even cares?