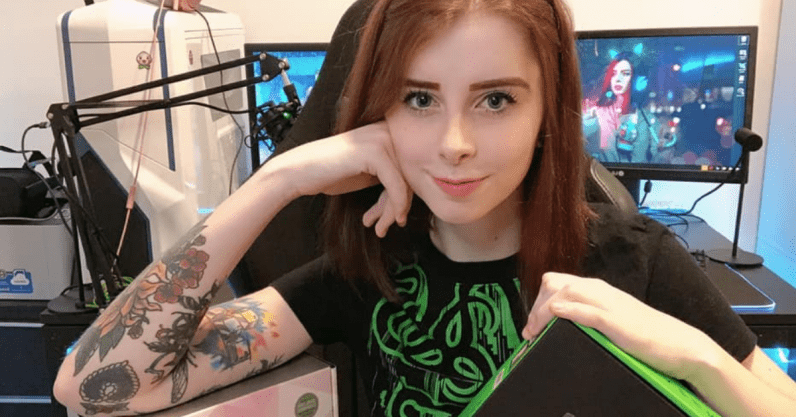 Gaming hardware brand Razer announced that it won’t renew Gabriela Cattuzzo’s contract, a popular Brazilian video game streamer with almost 90k followers on Twitch. The decision comes after Cattuzzo posted a series of tweets stating that “men are trash” in response to the online sexual harassment she has faced — which Razer Brazil considers to be “extremism.”

Cattuzzo’s ‘extremist’ remarks were in response to a male Twitter user commenting on a photo of Cattuzzo riding a mechanical bull with “you can ride me as much as you want” in Portuguese.

In a series of now-deleted tweets from June 21, Cattuzzo responded by saying: “There’s always an asshole to say shit and sexualize women, even when the woman is making a joke, right? That’s why men are trash.” In a subsequent tweet, she added that men who don’t act that way are exceptions.

Soon after Cattuzzo tweeted her response, it went viral and inevitably attracted more online harassment on Twitter, as well as on a Brazilian dark web forum called Dogolachan.

On Monday, Razer Brazil issued a statement in Portuguese on Twitter and framed this issue as being about “gamers” rather than a gender issue:

“As gamers, we face every type of preconception and stereotype from the outset, and we will continue fighting so that this type of situation doesn’t repeat itself,” the company stated. “Razer Brazil reinforces that the opinions of its influencers do not necessarily represent or reflect the opinion of the business, which totally opposed any type of discrimination — whether it be due to sex, religion, political party — or any type of intolerance or extremism.”

This tweet, which had over 4,000 replies at the time of publishing, faced backlash from countless women in the gaming industry. Below are examples of responses translated by Twitter’s built-in translation tool.

Translated: “Too bad that’s the positioning you’ve chosen. As a woman and Razer client, I regret that you have posted this without taking into account the whole situation.”

Translated: “When men make jokes about rape, gynophobia, and racism there is ‘freedom of expression.’ But when a woman makes a tweet and the guys feel offended, then the answer against it comes pretty fast! What a thing…”

Cattuzzo, whose contract with Razer Brazil is due to expire next week, has since apologized for reacting to the Twitter user’s comment. In a tweet she said: “I reacted grossly with the boy who made a bad joke and ended up sweating a lot of people in the process, and I apologize for that” (sic). Cattuzzo continued: “I don’t apologize for defending myself. I’ll always defend myself.”

Prior to her apology tweet, Cattuzzo pointed out the double standards she faces in the gaming industry in a TwitLonger post. She outlined: “Most of the comments I receive are criticisms linked to being a woman and not other factors,” she noted.

Since the news broke, Cattuzzo tweeted that she’s taking a step back from social media and streaming after receiving death threats and having her personal information leaked online.

If being a woman gamer doesn’t come with enough hurdles, we’ve once again seen the victim of sexual harassment become the villain who faces the most consequences.

Read next: There are now over 5,000 cryptocurrency ATMs around the world