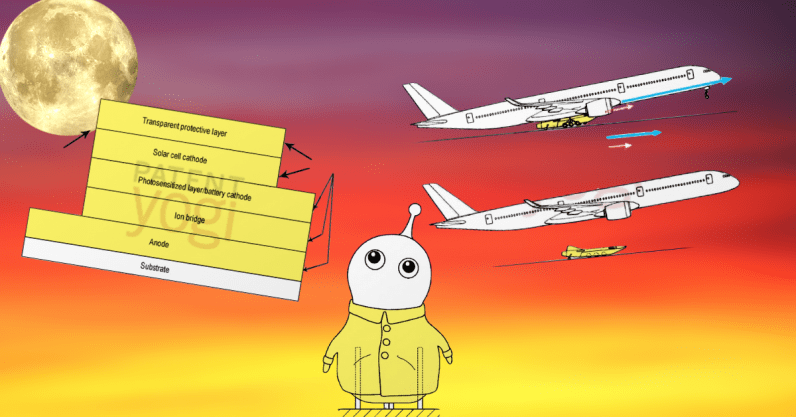 Ugh, the Gregorian calendar is so boring. That’s why we’re disrupting monthly series with a lunar cycle-based series about the best patents of the last synodic month, picked by the PatentYogi team. Get ready when that moon gets gibbous, y’all. This June-ish roundup lands on the tasty Strawberry Moon!

Since my last post, the US patent office issued over 31,765 patents and published over 32,673 patent applications. Each patent asset adds a little something new to the human knowledge base. As I cannot list all these patent assets here, the PatentYogi team and I have selected the five most interesting patent assets. Enjoy!

REGISTER NOW
Voice assistants such as Alexa, Google Assistant, and Siri are going mainstream now. These devices detect a wake-word before they start listening to a command. So you cannot just talk to your device as you would to another person. Moreover, the command needs to be in proper syntax. Amazon is looking to address this very problem in a recently published patent application.

According to the patent publication, Alexa devices listen and record your speech even before you say “Alexa.” Your devices capture your speech before and after you say the wake-word to determine the complete command. To do so, your speech is buffered and markers are inserted to indicate phrases and sentences. So, when you say “Alexa,” the device analyzes the complete phrase containing the wake-word using automatic speech recognition (ASR) and natural language understanding (NLU). This allows you to give commands like “Play music for me Alexa from Travis Scott’s Astroworld.” Alexa devices do not accept such commands as of now.

On the other hand, this feature potentially increases your privacy concerns. Although your current Alexa device actively listens to your voice, it is only to determine if you’ve said “Alexa.” Your speech is not constantly recorded and analyzed as of now. Amazon has clarified in the patent application, “…does not necessarily perform full ASR processing on all detected speech, thus addressing privacy concerns associated with an ‘always on’ speech processing system.” This implies that only small segments of speech are recorded and analyzed with the new technology.

I am certainly looking forward to this upgrade as this will simplify my interactions with Alexa devices. But the potential privacy concerns cannot be overlooked. I just hope that all the captured and recorded data is stored securely.

As the number of passengers preferring air travel is rising rapidly (IATA Forecast Predicts 8.2 billion Air Travelers in 2037) there is a need to reduce cost and fuel consumption for air travel. Airbus has pioneered a technology to reduce fuel consumption and emissions considerably.

The details of this technology are disclosed in a recently published patent application. According to the patent application, an unmanned auxiliary air vehicle is used to launch a main aircraft. As shown in the figure above, both air vehicles are coupled together during the initial stages of a flight, that is during taxi-out, take-off, and climbing. Once an optimum flight level or cruise altitude is reached, the auxiliary air vehicle is detached from the main aircraft and flown back to the airport of origin (or other) in an automatic or remote unmanned operation. The main aircraft continues and completes the rest of the flight to the destination on its own.

The auxiliary air vehicle optimizes the operation of the main aircraft by sharing the load on the main engine during take-off thereby to saving fuel. Also, the auxiliary aircraft gets rid of all the unnecessary parts of the main aircraft (such as additional gear for takeoff and large fuel compartment) that are not required during takeoff operations. The removal of these parts makes aircraft lighter thereby reducing fuel consumption and the cost of air travel.

The flexibility in creating a solar panel by painting surfaces and the ability to transport solar panel components like fluids in containers could possibly revolutionize the solar energy marketplace. This invention will help in efficiently installing solar panels in remote areas as well.

Pets are known to provide comfort or consolation in a time of distress or sadness. Yet many of us unable to keep pets because we don’t have time to look after them, some of us are allergic to them, and some of us don’t have a safe and healthy environment for the pets. To counter these problems, pets can now be replaced with pet-like robots.

A recently published patent application discloses a pet robot that changes its behavioral characteristics when clothes are put on it. The pet robot can perform simple motions like moving forward and back, left and right, rotating, raising and waving arms. The pet robot also includes sensors like an image sensor, an ultrasonic sensor, a thermo-sensor, a microphone, etc. which help it in communicating with the owner.

I would like to give the pet robot a try, as I love pets but I do not have time to look after them. But, can a pet robot really replace a live pet? We must wait and see how people actually take on to this robot pet.

Power substation systems convert high voltage to low voltage and ensure a continuous supply of electricity to even the remotest corners of a country. But this continuous supply is sometimes broken due to the interference of birds with the transmission lines and equipment. Birds are attracted towards the power substations because of the heat produced from the substations, which leads to a discontinuity in power supply and it also poses a threat to the life of birds.

A recently published patent application from the Florida Power & Light Company discloses a bird deterrence system to counter this very problem. The system determines that a bird is approaching an electrical substation, or other electrical components like transformers using detection units including cameras, sonar, radar, etc. If a bird is found to be present near a sensitive area, then a drone is launched towards the bird. The drone follows a predefined flight path as shown in the figure above. The drone flies across the flight path of the bird and deters it from entering the sensitive area.

Look out for the latest lunar cycle-based patent update every full moon. Next up is the vivacious Buck Moon in mid-July. See you then!