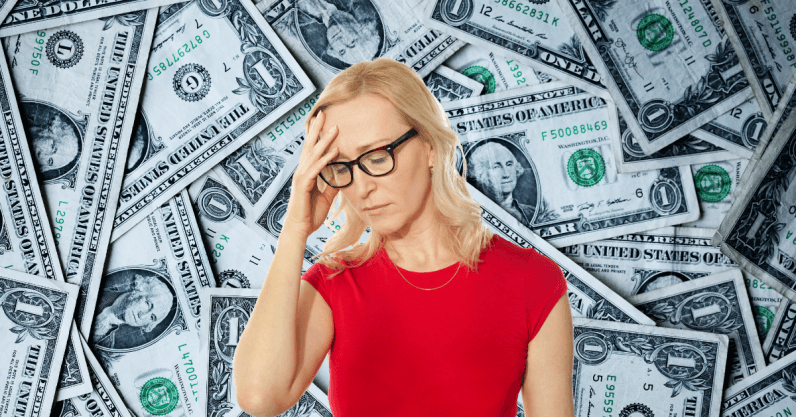 Ever since the rise of femtech, period tracking apps have vowed to make women’s health easier to control and understand. But lately we’ve seen data and privacy breaches, worrying stats about “success” rates, and questionable marketing strategies. This week is no different.

A report from the Guardian found that fertility app Femm has been funded by anti-abortion and anti-gay campaigners.

The non-hormonal contraceptive app has donations from various Catholic-Church associated groups. Launched in 2015, Femm now has over 400,000 downloads and claims to “empower women” by giving them control over their menstrual cycle — while encouraging them to avoid hormonal birth control.

The report revealed that over the last three years the fertility app was funded almost $1.8 million by The Chiaroscuro Foundation, a Catholic Charity, which has a history of donating to pro-life campaigns. Furthermore, two of Femm’s medical advisors are not licensed to practice in the US, and have close ties to a Catholic university in Santiago, Chile where access to abortion is severely restricted.

Talking to the Guardian, Anna Halpine, CEO of the Femm Foundation said: “The Femm app does not readily disclose the philosophy of its funders or leaders, and markets itself as a way to ‘avoid or achieve pregnancy’.”

Similarly to other fertility apps, Femm works by collecting users’ information about sex and menstraution to either “avoid or achieve pregnancy.” The app casts doubt on the reliability of hormonal contraception stating that the safer — and “natural” —  way to avoid pregnancy is to track your cycle and get to know your body.

Although hormonal birth control can cause side effects, research has proven their efficiency over fertility apps. According to the Centers for Disease Control and Prevention, fertility apps such as Femm result in around 24 pregnancies for every 100 women using the app.

While the advancement of femtech is exciting, we shouldn’t automatically trust an aesthetically pleasing fertility app — especially without researching who runs it, what their intentions are, and if their ethics match our own.

In response to the Guardian’s report, Femm published a post on their blog.

Read next: Shitcoin factory Cryptopia owes over $3M to creditors, staff, and hodlers