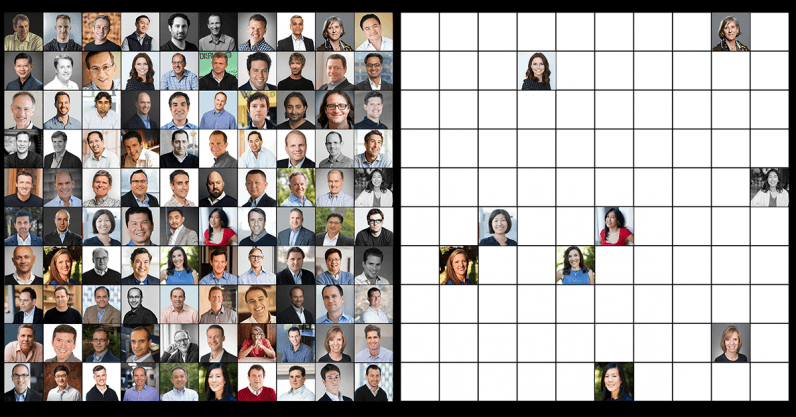 Venture capitalists (VCs) are a key part of the technology ecosystem. They’re the ones with the money that helps a small company to grow into a larger one. This is why it’s such a massive problem that the industry is so overwhelmingly male and white.

When this demographic makeup exists, you generally get individuals at VC firms investing in companies that cater towards white males. Marketing towards this demographic isn’t a bad thing in itself, it only becomes that when every other group is ignored in their favor. Basically, it’s bad business.

Not only are huge swathes of the population being ignored based on their gender or ethnicity (meaning you can’t sell as much to that particular segment), but you’re not getting the variance of opinions and experience that diversity delivers.

In other words, you’re losing out on innovation – a characteristic VCs are meant to be investing in. Start-ups doing something innovative for a particular market segment can easily be missed if a VC partner is focused on their personal experiences and troubles – which, statistically, are most likely those of a white male.

Let’s take a recent ranking of 2018’s top 100 VC partners as an example. For this, CB Insights partnered with the New York Times to come up with a “data-driven” list of the most influential individuals in the sector. If you put all of them on a grid, it looks like this:

And if you only show the women on that list? You get this:

There’s no other way to describe this than appalling. A rough breakdown of CB Insight’s list reveals that 64 percent of it consisted of white men, with only nine percent being women and four percent women of color. It’s the same across the world, with women representing just 13 percent of decision makers in UK venture capital firms.

When tech is integral to almost every aspect of our lives, representation for all types of people at the decision-end of the industry is vital. This has been proven time and time again, whether it’s Fitbit misunderstanding periods, or facial recognition technology struggling to interpret black faces. If you had a diverse range of people funding new businesses, it stands to reason that those businesses will be more diverse themselves.

TNW’s Cara Curtis wrote a brilliant and comprehensive article about the rise of female-focused technology (or femtech for short) – a sector that’s growing due to an increase in funding. And why was this part of the industry generally ignored until recently? One key reason is the proliferation of men at the top of the venture capital industry.

That couldn’t be further from the truth. Diversity is nothing but good for business.

In Georgina Ustik’s must-read article, she spoke with Arlan Hamilton, CEO and founder of Backstage Capital. Hamilton became the first black woman who wasn’t an entertainer or athlete to be featured on the cover of Fast Company magazine. During this interview, Hamilton made the salient point that “women make up ~half~ of the human population.” In other words, that is a huge market to sell to. If male-dominated VC firms are ignoring tech that attracts that segment, then they’re doing bad business.

This argument extends to diversity in general. Not simply that you can sell products to more people, but that individuals from different backgrounds will have different ideas, which drives innovation and, in turn, profit.

Diversity isn’t a box ticking exercise, it’s something that has real and tangible benefits. It’s advantageous for businesses, all the way through to consumers.

Fine, diversity’s good for business. But the CB Insights list is “data-driven” – it’s a just list of top performing individuals

Well, let’s look at the methodology of the list: “The rankings were based on CB Insights data which is gathered via our machine learning technology (dubbed The Cruncher) and complemented by thousands of submissions that we received from VC partners and firms via The Editor.”

Machine learning and algorithms have well-documented biases. They’re constructed by imperfect humans and operate on imperfect data that reflects the pre-existing biases in the VC market today.

Then we get to the “thousands of submissions that [CB Insights] received from VC partners and firms.” 92 percent of partners at America’s biggest VC firms are men, so is it any surprise that they’d vote for their colleagues who are likely to also be men? Being “data-driven” doesn’t mean being unbiased. Far from it.

The tech industry likes to pride itself on things like “disruption” and “democratization,” but lists like this just show the gulf between how tech talks and how it acts. The industry will never change if those at the top don’t.

I hope we don’t see any more images like this in the future, but I know we probably will.

Read next: How AI will change storytelling and become the next great art form