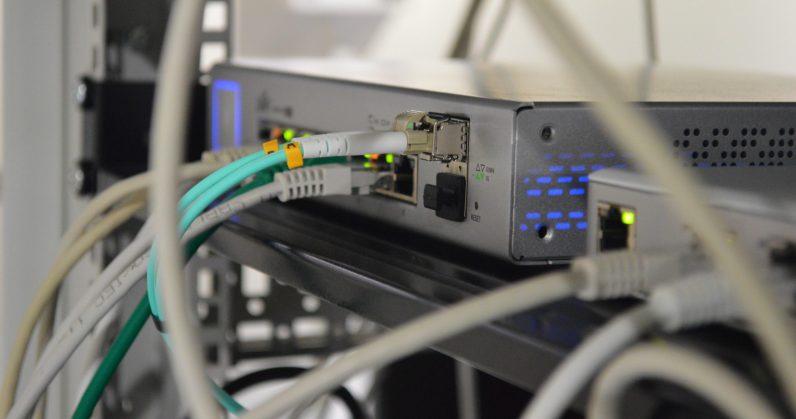 The VPN industry has exploded over the past few years. Fuelled by a greater awareness of online security, a desire to watch geo-restricted content, and yes, piracy, more people are hiding their online identities than ever. But did you know that many VPN providers are owned by the same few companies?

A report from The Best VPN, shared exclusively with TNW, looks at five companies in particular — Avast, AnchorFree, StackPath, Gaditek and Kape Technologies. It found that over the past few years, these companies have acquired a total of 19 smaller players in the VPN space, including HideMyAss and CyberGhost VPN

The company with the most brands under its belt is AnchorFree. That’s not surprising since it’s the only firm on our list founded primarily to serve the VPN market.

While the other three companies on the list own well-known and established VPN products, they also have a lot of other interests, particularly when it comes to information security services and products.

The Best VPN was able to draw links between AnchorFree and seven smaller VPN brands. These include Hotspot Shield, Betternet, TouchVPN, VPN in Touch, Hexatech, VPN 360, and JustVPN.

The report notes that AnchorFree isn’t consistently transparent when it comes to telling consumers what brands it owns. While some products carry the AnchorFree logo clearly (like Hotspot Shield), others require you to dig deep into the site’s terms-and-condition to find out who owns what

The next company on the list is StackPath. The Best VPN describes it as a “huge cyber-security company,” and that’s accurate. The firm has raised over $180 million, with revenues of more than $157 million in 2017.

Driving this success is a Batman’s utility-belt’s worth of sub-brands and products. These include several VPN brands (like IPVanish, StrongVPN, Encrypt.me), as well as CDN, cloud computing, and information security products.

StackPath also provides the infrastructure required to launch a VPN service to other brands, thanks to its WLVPN service. This powers Pornhub’s VPN offering (predictably called VPNHub), as well as Namecheap VPN.

Avast is a Czech cybersecurity firm best known for its free antivirus software. Over the years, the company has quietly carved itself out a respectable position within the competitive VPN market.

It owns three brands: HideMyAss, Avast Secureline VPN, AVG Secure VPN, and Zen VPN. It’s interesting to note that Avast got its hands on two of these products — namely HideMyAss and AVG Secure VPN — through its $1.3 billion acquisition of AVG Software in 2016.

With only two VPN brands apiece, Kape and Gaditek are the smallest companies on this list, but they couldn’t be any more different.

Kape is primarily an investment vehicle focusing on the tech sector, and is listed on the London Stock Exchange. Gaditek, on the other hand, is a sprightly Pakistani startup based in the bustling city of Karachi.

The jewel in Kape’s crown is Romania’s CyberGhost VPN, which it acquired for €9.2 million (roughly $9.7 million) in March, 2017. The following year, it bought another top-tier VPN provider, ZenMate. ZenMate claims more than 40 million users.

Gaditek, on the other hand, focuses on the budget end of the market. It owns PureVPN and Ivacy, both of which offer ultra-affordable plans.

There’s nothing wrong, or even especially inappropriate, about a larger player acquiring smaller rivals. Just look at Google, a company that has acquired more than 200 companies over its 20 year life. Acquisitions are the heart and soul of the technology business. But that doesn’t explain why the VPN market is so fragmented, with hardly any brands absorbed into their larger owners.

Liviu Arsene, Senior E-threat analyst at Bitdefender, suggests that this merely reinforces the sense of privacy that’s vital for the success of a VPN product.

The more VPN providers there are, each with their own anonymization and security technologies, the less chances for an authority to tamper with that privacy by going after a single and large VPN provider. Having a wide range of VPN providers to choose from allows privacy-driven users to constantly switch between providers, hence better anonymize their activity.

Arsene also argued that allowing VPN providers to retain their independence after an acquisition could allow them to remain agile and innovative. “Large VPN providers that operate a single large-scale infrastructure have a harder time integrating new privacy-driven technologies because of compatibility, integration, and deployment issues,” he said.

“The VPN industry is all about having as many servers around the world as possible, in order to ensure both availability and coverage for their customers. Acquiring smaller VPN companies and allowing them to operate independently makes sense because these infrastructures need to be agile, flexible, dynamic, and constantly integrating new privacy-drive technologies in order to allow for more privacy for their clients,” Arsene added.

This argument was echoed by a representative from Hide.me, who also suggested that having separate providers allows larger VPN conglomerates to target all segments of the market.

“It is more profitable to obtain users through the acquisition of smaller VPN providers than to obtain those users by using standard marketing channels. Once they have that access, they are using a smaller brand for test runs of different business models without direct harm to the mainstream brand. Usually, acquired smaller VPN providers have another price structure than the main brand, and they can cover a more significant chunk of the market,” they explained.