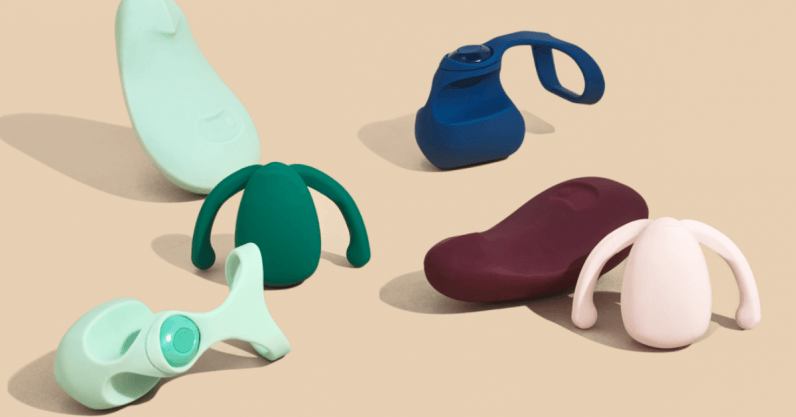 In an industry traditionally dominated by men, women are now making more sex toys than ever before

The lack of female influence in the creation and production of sex toys over time has led to sexist and objectifying industry marketing and an occlusion of female sexuality in the toy design, something many refer to as having a “male gaze.”

We’re seeing new female-centric technologies emerge that not only focus on female stimulation but also address issues that have been swept under the rug for decades.

Stephanie Alys, co-founder of MysteryVibe, a company that invents personalized pleasure products told TNW: “It’s a feminist movement both behind-the-scenes and in the changing effects on the sex toy market.”

“To start, because of long-held, gendered stigmas, women often have more to risk when entering this industry. I think every woman in sex tech has a story about being slut-shamed for their profession.”

When sex toys became popular in the ’70s, most companies were owned by men. Polly Rodriguez, CEO of Unbound, a feminist sex toy subscription service, told the TNW: “Sex toys have always been phallic in shape, with an emphasis on size. This design approach makes no sense when you look at the biology behind arousal for clitoris owners.”

They were made to look like penises, something the industry assumed women wanted to have. They were typically flesh colored and focused more on penetration than stimulation, something that’s a focus for female-led companies.

Although vibrators existed, they were marketed as health products rather than sex toys. Female entrepreneurs and sex educators like Dell Williams (the first woman to own and operate a sex toy company) and Betty Dodson (a sex educator from the 60s) were behind the popularization of toys.

They focused on stimulating vibrators that came in a variety of shapes and colors — something that proved popular to women.

Alys added: “Most people with vulvas need clitoral stimulation to achieve orgasm. Women-led companies are often more equipped to ensure the final design is one that accommodates to be pleasurable for bodies with vulvas.”

Despite sex toys becoming more popular, it’s been a hard industry for women to break into the business side of things. According to a study by Unbound in 2017, around 70 percent of sex toy companies are run by men, but the tables are starting to turn.

“I think we’ve come a long way since a completely male-dominated industry, and woman’s influence can be seen in all aspects of the category now, from how products are designed, to the materials we use, and how they’re marketed,” Alys said.

“Today, we see a new wave of femme-owned businesses, designing the next generation of products and experiences with the goal of taking the category mainstream,”Rodriguez said. “There is something inherently feminist and defiant in starting a business in this space, because historically, women have not had the right to their own bodies and we’re still fighting for that right today.”

In late 2017, they also raised almost $400,000 in 30 days on Kickstarter for Dame’s second product, Fin, which can be used by couples as well as for “flying solo.” It’s the first sex toy to be ever posted on Kickstarter.

Maude — Launched this year by Dina Epstein and Eva Goicochea, Maude aims to make sex both simple and pleasurable. This female-led company is redesigning the way people shop and ultimately perceive sex – with inclusivity in mind.

Maude’s “Vibe” is gender neutral. Speaking to Buzzfeed, Epstein and Goicochea said: “Everyone is different and their sexual preferences are unique to themselves. Because of that, we believe that to change the broader industry and the culture of sex, instead of selling ‘sex,’ you have to put people first, and this means creating a company built on inclusion.”

Unbound — Although Unbound Co-founder and CEO Polly Rodriguez initially joined the sex tech world as a subscription service of sex toys by other companies, Unbound has since started creating their own toys.

Unbound was born in 2013 when its founders were dissatisfied by the women’s sexual health and wellness products they saw on the market.

Before the growth of female-led sex toy companies, the industry played with the long-held misbeliefs about women’s sexual desires which lead to female sexuality becoming taboo.

The mystery surrounding female sexual health and desires has led to female sexuality been treated with embarrassment, shame, and secrecy.

The innovation female-founded sex toys companies bring to the table allows women to explore their sexuality. Female-led marketing campaigns are changing the way sex toys are perceived and marketed to women, removing sexist imagery and normalizing the shopping experience.

“[MysteryVibes’] products promote a narrative that vibrators are not meant to replace partners or human connection,” Alys said. “But rather encourage partners to have conversations about their pleasures and desires. This counters a performative approach to sex products, in which one person can feel left out of the experience.”

The evolution of sex toys has come with less intimidating marketing and a more female focus, as it should be.

Not only are female leaders creating innovative toys for women, they’re also addressing the shame and guilt that inhibits women from pursuing their sexual desires and fulfilling their sexual empowerment — both equally as important.

Read next: This is the future of authentication, according to security experts