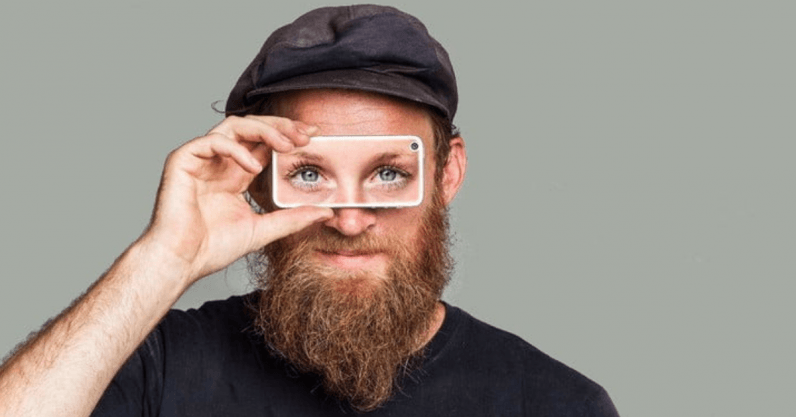 Credit: Be My Eyes

There are apps that get strangers to deliver your food, apps for strangers to give you advice, and apps that set you up with your next romantic partner. There’s even an app that allows strangers to volunteer their time in a refreshingly selfless way.

The app, Be My Eyes, does exactly what it suggests. The free app connects blind and visually-impaired people with sighted volunteers who “lend their eyes” to help with short, simple tasks.

Volunteers can sign up to receive notifications to videos calls from visually-impaired people. Once connected through Be My Eyes, volunteers can speak to their callers and see what’s in front of the visually impaired person and help them with anything from checking the milk’s expiration date to reading a street sign.

Founder of this revolutionary app, Hans Jørgen Wiberg, is visually impaired himself and first came up with the idea for this app back in 2012 after taking an interest in tech’s ability to help blind people. Three years later, Wiberg launched Be My Eyes which currently has 1,786,051 volunteers and 103,692 blind users.

How to lend your eyes

Wiberg told TNW how many blind people live alone but lead a normal life, just like me and you. He explained how sometimes you just need a pair of eyes. Blind users, for example, use the app for simple tasks, like making sure they’re washing their expensive sweater in the right way.

“This issue is too small to go over to your neighbor,” Wiberg said. “But the app gives them the chance to wash their sweater whenever they want, on their time, without waiting for a family member to come round and do it, for example.”

To sign up as a volunteer for this app, users can download the app for free, on both iOS and Android, fill out their name, email, create a password, and select which language(s) they speak.

Be My Eyes is available in over 150 countries with over 180 languages to choose from. “According to the UN, 90 percent of blind people are living in low income areas,” explained Wiberg. “That’s why we’re looking into how we can spread the word of Be My Eyes in developing countries.”

In order to achieve that, Wiberg is working on a sustainable business model along with his team to allow the app to be free forever — something that Wiberg always wanted to ensure.

Be My Eye’s impact

Be My Eyes hopes to initiate the first step between sighted and visually-impaired people.

“I know for sure, a lot of volunteers have had their first interaction with a blind person through the app. We are bridging the gap between sighted and visually-impaired people making them feel more comfortable to ask for help in person.”

Volunteers using this app are helping those visually-impaired users lead a normal and independent life. Wiberg mentioned how some blind people feel too uncomfortable to ask for help in person, but this app could spark social change.

Not only does this app change the daily lives of visually-impaired people, Wiberg also mentioned how he frequently wonders who the app is really for, “We joke how we’re not sure who we’re helping, volunteers get in touch through email all the time saying how happy they are to be able to help someone in such a simple and easy way.”

Being a volunteer on Be My Eyes can make a huge difference in the lives of blind and visually impaired people, with little to no effort. This app not only helps the blind but also educates the sighted on the value of their site, something that many take for granted.

Read next: Pick up an all-star roster of high-end Mac apps for $20