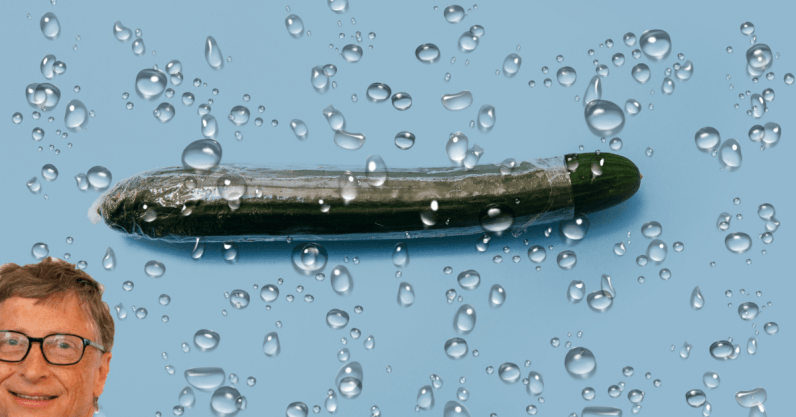 Not much has been done for condoms since they were first introduced several centuries ago, other than god-awful flavors, distracting neon colors, and uncomfortable self-warming options that put you off sex altogether.

But a team of scientists are developing a self-lubricating latex condom that becomes slippery when wet — which isn’t the case with regular condoms.

The sex-revolutionary accessory came about after Bill & Melinda Gates Foundation launched a competition to design a better “next generation” condom, one that will “significantly preserve or enhance pleasure” for men — which offered a $100,000 grant to the winning researchers.

The foundation estimated that only one third of men in the US use them because “condoms decrease pleasure as compared to no condom, creating a trade-off that many men find unacceptable.”

According to the Royal Society Open Science, the self-lubricating condom is designed to provide protection and reduce the risk of transmitted infections as well as increasing the user’s overall satisfaction.

Designed to become slippery when wet, the lubricant layer is made of “hydrophilic polymers” and unlike most condoms, it can withstand “1,000 thrusts” — which the scientists claim to be around 16 minutes of sex.

When the self-lubricating condom was put to the test against regular, shop-bought condoms layered with water-based liquid lubricant, it steamed ahead with 400 more thrusts.

Researcher Prof Mark Grinstaff, from Boston University, said: “It feels a bit slimy when you handle it dry, but in the presence of water or natural fluids it becomes really slick. You only need a little bit of fluid to activate it.”

The new condom was tested by 33 participants who had to feel three types of material (non-lubricated latex, lubricated latex, and the new, self-lubricating latex) before and after they had been placed in water.

After this, they were asked which material of condom they would prefer and 73 percent chose the self-lubricating winner.

Although the hopeful self-lubricating condom is yet to lose its official virginity, it’s likely that this could be the future of safe and enjoyable sex — for both males and females.

Read next: NASA wants to send humans to Venus – here's why that's a brilliant idea