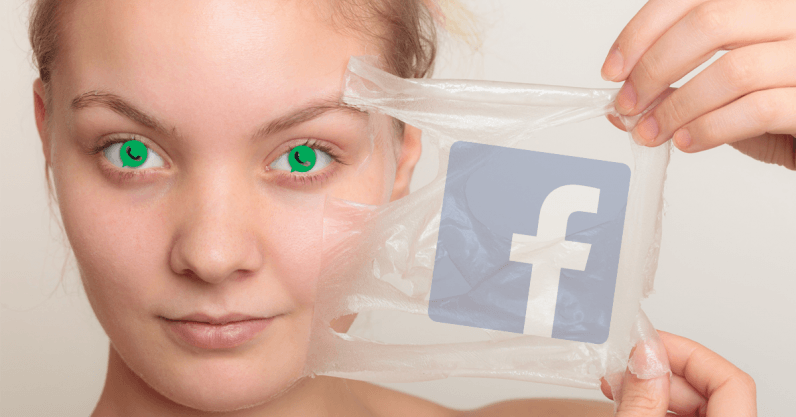 Just over half of Americans (50.42 percent) who have used WhatsApp in the last six months are unaware that it’s owned by Facebook. This, my friends, is a pretty high figure.

The research was carried out by DuckDuckGo, the privacy-protecting search engine. The same survey found that 56 percent of Americans who had used Waze, the navigation app, in the past six months didn’t realize Google owned it.

Let’s have a look at a pie chart of the WhatsApp data, because who doesn’t love a pie chart?

DuckDuckGo has carried out a similar survey before, finding out that 57 percent of American adults were unaware that Facebook owned Instagram.

First off, we need to take these findings with a pinch of salt. While DuckDuckGo says “the demographic make-up of [survey] respondents is representative of the U.S. population,” there were still only 1,297 people asked. While this amount can deliver some accurate results, I question just how precise this level of survey is.

So should I care?

Definitely. Despite the low number of respondents, there’s an important question this data raises: should tech giants be forced to make it clearer that they own other social networks?

When campaigns like #DeleteFacebook – something kickstarted by the Cambridge Analytica story – are successful and people move to, say, Instagram, should the connection between the two be clearer? Or should we trust the public to find that information?

Of course, how much we actually know about what Facebook‘s doing with our data is questionable. You only need to look at the departure of one of WhatsApp’s founders due to (alleged) concerns about privacy and user data to think there’s more going on underneath the surface.

There’s also the argument questioning how many people actually care about data sharing between platforms. For example, of the 50 percent of Americans who didn’t know Facebook owned WhatsApp, how many of them gave a shit? It’s tough to tell.

It’s not an argument I subscribe to though. Much like food must have allergens clearly labelled, social networks should openly advertise their connections to tech giants.

I don’t mean hidden away in the small print, but right out in the open. WhatsApp by Facebook. Waze from Google. It should be unmissable. The public deserves to know, even if they don’t care.

Will it ever happen though? Somehow, I doubt it.