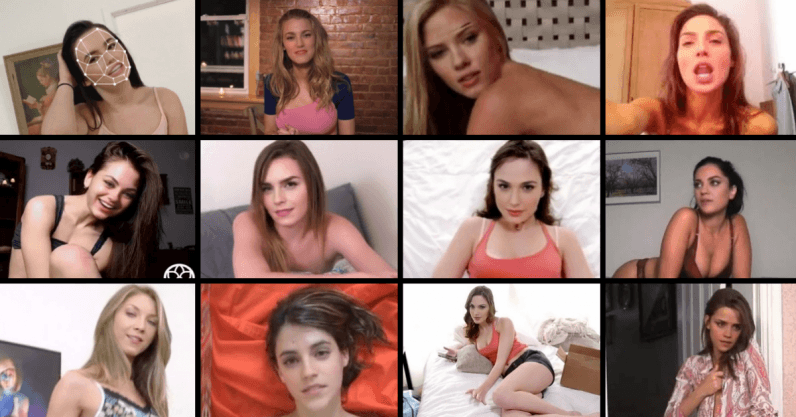 Fake sex videos aren’t a new phenomenon, but advancement in AI is worrying as ‘deepfakes’ are becoming increasingly harder to distinguish from real videos.

Deepfake tech has become easily accessible and videos can be made via FakeApp or on affordable consumer-grade equipment, which is partly why earlier this year the web was flooded with pornographic films of high-profile female celebrities.

The erosive effects deepfakes could have on politics are also obvious — such as ‘Barack Obama’ calling Trump a “dipshit.” However, we haven’t yet seen any governing bodies or politicians’ reputations been destroyed yet by deepfakes. What we have seen is tons of womens’ likenesses put non-consensually in sexual or pornographic videos — whether they’re celebrities or not.

Being a victim of deepfake pornography

The situation escalated even more, Martin told TNW: “It then moved to doctoring images of me into graphic pornography, on the cover of pornographic DVDs to fake images of me being ejaculated on.”

Some of the images of Martin were when she was just 17, raising the issue of child pornography.

“They then doctored me into pornographic videos performing oral sex and having sexual intercourse,” Martin explained.

Despite this, Martin has continued to speak out publicly against deepfakes, and even gave a Ted Talk to share her story as a victim:

These deepfakes are still easily found by searching Martin’s name, raising questions about her future employability and online reputation. Not being a celebrity, Martin doesn’t have the benefit of people knowing that these images _must_ be fake — as they would assume with famous actors.

The fight against deepfakes

Earlier this year, deepfakes started disappearing from Gfycat, a popular platform for deepfake uploads. This was largely because of Project Angora, an AI-assisted solution which combats fake pornographic content by searching the web for higher-resolution versions of GIFs people were trying to upload of the deepfakes.

But technology will never solve the problem on its own and there will always be need for coordinated government intervention in the form of clear laws.

Coordinated fight for the future

Since the internet is virtually borderless, perpetrators can be on the other side of the world ruining the life of a person they have never met, nor will ever meet.

“There needs to be stronger laws and penalties for this behavior and governments around the world, law enforcement, tech companies, websites, and social media sites need to work together if this is ever going to be dealt with effectively,” Martin explained.

In order to tackle deepfakes, new laws and defensive technologies will help, but there also needs to be a broader cultural shift. We need to change our attitudes towards victims of online sexual assault as deepfake pornography is just the latest iteration of women’s bodies being controlled and abused.

This is a big undertaking, but we can do better. We have to.

Read next: Thieves use Bitcoin ATMs to scam Australian immigrants out of $50,000