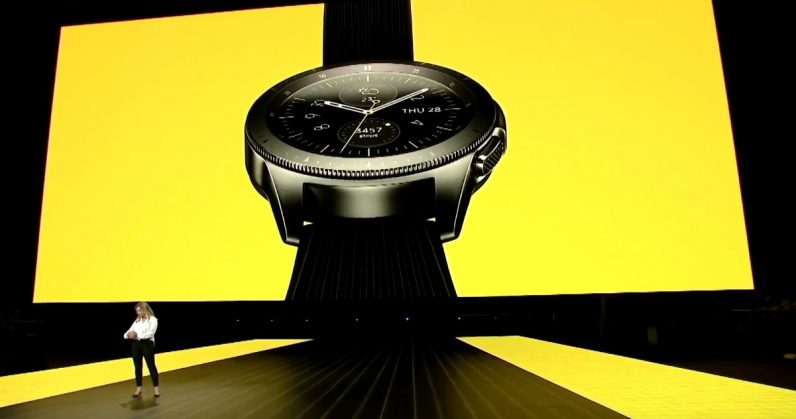 Samsung accidentally spilled the beans on the Watch late last month with a store listing. But we learned a bit more about the Watch at this event. For example, the company seems to have placed a large emphasis on practicality and health. It’s also tying its Watch more closely to its Galaxy line, contrasting with the Gear line.

The company sang the praises of the battery life. Elina Vives, Samsung’s Senior Director of Marketing, told the Unpacked crowd the Watch can be used “for several days on a single charge.” She also showed off the Wireless Charger Duo, also leaked prior to the event, upon which users can charge both the Note 9 and the Galaxy Watch simultaneously. It also comes with LTE connectivity and is water-resistant.

According to Vives, the watch is also heavy on health features. It’ll offer you breathing tips if it detects a spike in heart rate, or track your exercise progress, or monitor sleep patterns.

It also offers the usual slate of weather and news briefing apps, and lets users select from a number of different watch faces.

The company didn’t immediately give a release date or prices for the Galaxy Watch, but we know it’ll be available in three colors: Silver, Midnight Black and Rose Gold.

Read next: Why entrepreneur worship is destructive (and how we can stop)