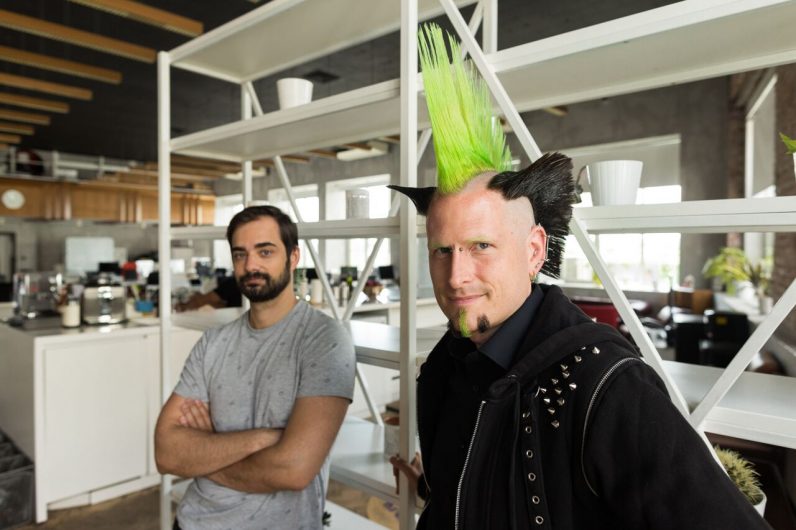 Earlier today, I got an email about Swedish AI startup, Avionero.

As a frequent traveler, the company’s product is pretty intriguing: it’s a bit like Skyscanner, but with a greater emphasis on data visualization and artificial intelligence, allowing you to find the cheapest flights with the least amount of pain.

Avionero is currently available in beta, and, from what I can tell, only in Swedish. But the tech behind it seems promising. Avionero reckons it has a larger inventory of flights than any other comparison site, and has raised almost $1 million in a pre-seed round to bring its service to life.

Another thing: the company’s co-founder, Lars Kristensson, has an amazing haircut. It looks like a crow that spent the entirety of the 1970’s listening to the Sex Pistols, and is literally the only reason why I’m writing about Avionero. Literally, the only reason.

I have so many questions… but I suppose I should talk about the company, right?

Avionero’s ultimate goal is to make finding flights easier than ever. Users can find out when the cheapest month to fly is, and similarly to SkyScanner, can search for flights to an entire country without having to open any extra tabs.

One cool thing about the site is how it allows you to track month-to-month changes in flight prices, showing you the cheapest, median, and most expensive fares.

This makes it easier to plan when to fly. If you’re cash-strapped, for example, you might plan your vacation around the month when flights are cheapest. This part of the site is artfully done.

In terms of UX, Avionero is pretty nice. You can book tickets without leaving the site, and I’m a big fan of the way it visualizes things like layovers, connecting flights, and price, which is super clear and has no surprises.

It also makes it easier to see if your flight is run by a codesharing airline — so you don’t buy a ticket on one airline, and end up with an inferior product on another one. If your flight is operated by a contracted airline, you might miss out on things like in-flight WiFi and IFE entertainment systems.

Okay, back to Kristensson’s barnet. How long do you reckon he spends getting ready in the morning? How much upkeep does his style need? What does he ask for when he goes to the barber’s?

Avionero currently boasts a team of 10 users, spread across Sweden, Russia, and Bolivia. It expects to expand to twelve people over the next few months, and is experiencing user growth between 10 and 20 percent each month in its home country of Sweden.

It’s also considering how to stagger its international growth. Avionero plans to regularly poll users on where the site should launch next, and is working on a follow-up funding round, where it aims to raise another $2.5 million.

I digress. When Kristensson goes to bed, do the black sticky-out bits get in the way of him sleeping? Does he have to wash the gel out of his hair before going to bed, or is he simply accustomed to sleeping on his back?

Another question: When he launched his company, did he expect his haircut would become part of Avionero’s PR strategy? And having read this, will other founders follow suit?

Looking at you, Jeff Bezos.