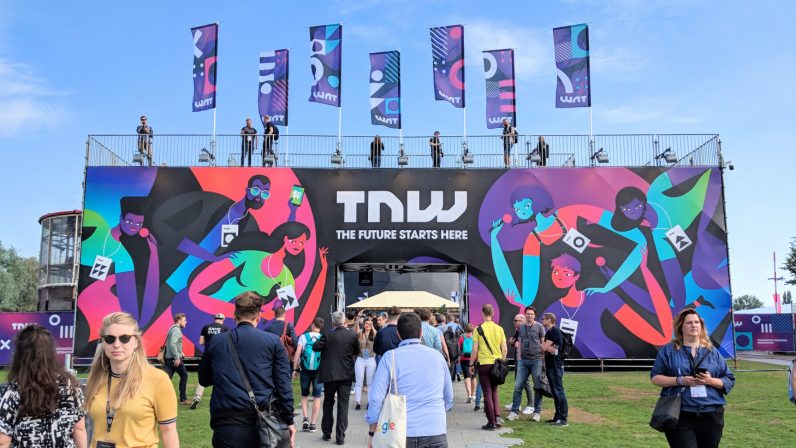 Working in any aspect of the tech  means you probably come across a buzzwords all the time. ‘Crypto,’ ‘millenials,’ ‘unicorn,’ and other such words are part of regular industry lingo – words we sometime grow to embrace, but often just make us cringe.

It’s no surprise that buzzwords get thrown around at TNW’s annual conference in Amsterdam as well, so we set out to ask a few attendees from varying parts of the tech world two questions:

Here are a few snippets of the responses:

Most guilty of using: artificial intelligence

Quote: “It’s completely misunderstood…. I’ve seen business plans where young guys who just got straight out of college can build an AI bot. But everybody can with some basic understanding of coding.”

Van Rees’ point, I gathered, was that you shouldn’t be flaunting your company’s AI prowess if it’s not much more a simple bot.

Most guilty of using: sustainability

Quotes: “You got me there. I learned something about myself today”

“You know what the similarity is between sustainability and terrorism? Nobody knows what it is, where it is, and how to f***ing deal with that.”

Most guilty of using: disruptive
Most hated: ‘powered by AI’ and agile

Quote: “Everything is agile”
Another attendee nearby: “You’re saying all the words that I was thinking. They’re going to say disruptive, sustainable, AI.”

Most guilty of using: crypto, blockchain
Most hated: none

Quote: “I love terms, I don’t hate them. I think you need to be open-minded with your language to accept new technologies”

Read next: This candy dispenser lets you pay in bitcoin