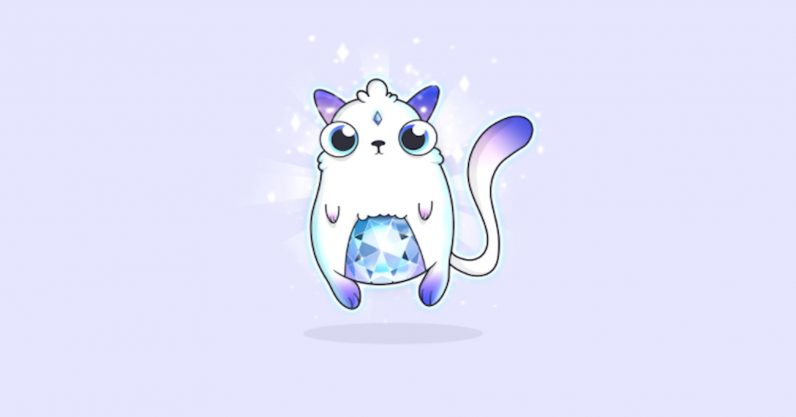 How do you see blockchain transforming pet ownership? What is the future of cryptocurrencies? Do you all own cats, and if so, what are their names in alphabetical order?

Ask all this and more to the CryptoKitties team.

Just a few months ago, AxiomZen studios launched CryptoKitties, one of the first games ever to be built on blockchain technology. And one of the cutest. It blew up.

The game is made up of trading unique cats — you can buy, sell, or trade your CryptoKitty as a collectible, and the blockchain will securely track its ownership, keeping it from being duplicated, stolen, or destroyed. You can also breed two CryptoKitties to make a brand-new Kitty, genetically unique — just like you! 😍

Their “catifesto” reads: “…we believe that blockchain is the future—but blockchain is about as approachable as a bunch of ones and zeroes. We want a future for everyone, not one exclusive to Bitcoin miners, VCs, ICOs, and other equally fun acronyms.”

It’s an exciting time for CryptoKitties: They’re almost at 500,000 kitties — a mysterious message on their site reads “Something is going to happen… 499649/500,000”. Just yesterday, they announced their launch on mobile, and Chinese Google rival Baidu launched a copycat (see what we did there?) version, CryptoDogs.

CryptoKitties has become more than a viral sensation — people have spent more than $19 million on the cute cats, with the Founder Cat going for $163,908.89.

“The future is meow.”

Need inspiration? Check out this article explaining blockchain technology with the game, their “white pa-purr“, and their website to get your own.

Co-founders Bryce Bladon and Fabiano Soriani will be answering your Q’s on February 7th! Also, the CryptoKitties team will be taking over TNW’s Big Spam tomorrow — subscribe to our daily to get it in your inbox.

Read next: Here’s how ‘employees’ of platforms like Uber could get proper benefits