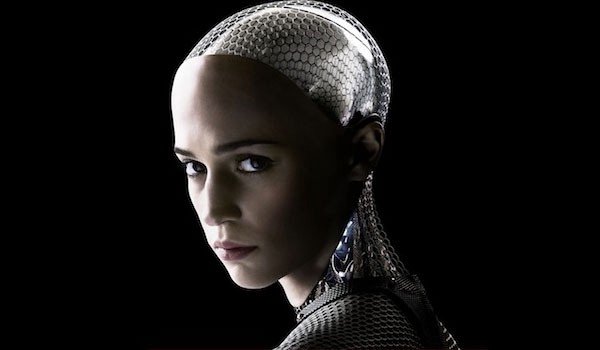 Researchers have recently suggested we’re getting close to a time when sex robots are common sexual partners — and that might not be such a bad thing.

Two researchers from the University of Manitoba recently published a paper about “digisexuality,” which it describes as “people whose primary sexual identity comes through the use of technology.”

There are a million-and-one conclusions you could draw simply from that definition. The language Dr. Neil MacArthur and Dr Markie L. C. Twist, the two authors of the paper, go on to say:

Researchers have found that both lay people and clinicians have mixed feelings about digisexualities. Clinicians must be prepared for the challenges and benefits associated with the adoption of such sexual technologies. In order to remain ethical and viable, clinicians need to be prepared to work with clients participating in digisexualities.

That language takes it beyond a robotic fetish and into the realm of true interpersonal connection — this is about people having relationships with machines.

If you look at it purely from a clinical perspective, it’s a bland yet rather harmless proposition. Robots don’t have to give consent, can’t become or make someone pregnant, and are less likely to harbor diseases as long as basic hygiene is observed. I realize that’s going to sound neither sympathetic nor particularly human, but it’s a thought.

That said, there are ethical and social ramifications which can’t be ignored. “Will robots mitigate or normalize sexual violence?” is one common question. Earlier this year, a sex robot called Frigid Farrah made waves when it was revealed it would verbally resist human advances, making activity with her a pretty chilling simulation of sexual assault.

In an opinion article with the New York Times, author Laura Bates said of Farrah:

The issue is not whether a sex robot, as an abstract concept, could be useful or harmful, but the impact of making such robots available in a society that already subjugates, discriminates against, and physically and sexually abuses women.

Another concern is whether the use of machinery will render humans incapable of interacting with each other. A paper published in the International Journal of Social Robotics last year asked whether humans would become accustomed to the limited emotional range available to bots:

What will be the impact of human–robot relationships on the relationships we have with other humans? Will it change our (moral) standards of friendship and ultimately lower them? Hence, another concern here is that if we come to accept these unidirectional emotional bonds with robotic others, will this degrade our relationships with other humans? There is indeed a concern whether robot technology might replace human contact all together.

Yet, according to Drs. MacArthur and Twist, the issue will have to be worked out in real time, as the number of people who will have such machines is bound to rise. MacArthur said to The Telegraph:

There is no question that sexbots are coming. People will form an intense connection with their robot companions. These robots will be tailor-made to meet people’s desires and will do things that human partners cannot or will not do.

The ethical questions over sexbots will be present no matter what, but so will the sexbots. And if they are going to exist, we can look at the benefits they bring to society and ask whether they outweigh the negatives.

An article in the Institute of Science and Technology’s magazine says, “most experts in the field believe robot companions can greatly benefit sections of society such as the elderly, the lonely and the socially challenged.” It also goes on to explain the calming effects of anthropomorphism.

If a bot becomes an object of comfort and emotional importance for its user, it can fulfill a need in a way few other things can. Drs. MacArthur and Twist expressed to Broadly that the robots should be embraced for what they can do, not rejected for what they can’t:

We shouldn’t be afraid of them. We should be willing to experiment with them, and to enjoy what they have to offer. People’s anxiety around sex and technology can cause them to miss out on things they might really enjoy.

Read next: Apple allows iPhone X developers to view (and save) your facial data