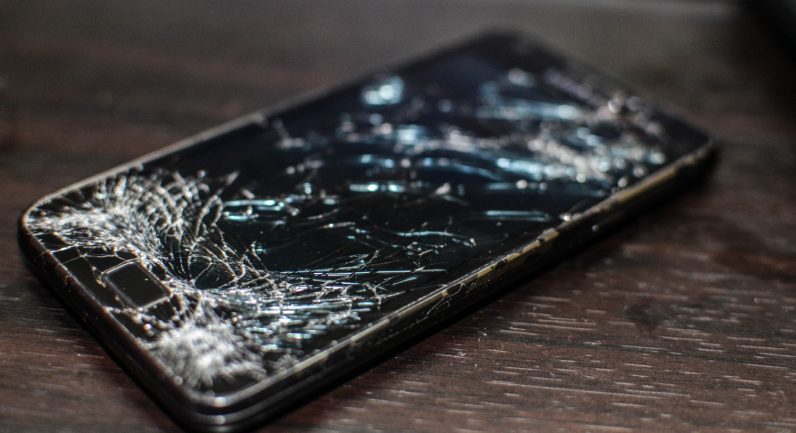 Most of us have suffered that disheartening feeling of picking up your phone after a ‘no phone could survive that’ kind of drop. You reach down and hesitantly turn it over, only to see a cracked screen that ruins your day… to say the least.

Thankfully, scientists from the University of Sussex may have found a solution for those frustratingly fragile screens. By combining silver nanowire and graphene, the new approach promises to be cheaper, stronger and more sustainable than any current screen on the market.

Current phone screens are made using indium tin oxide (ITO), a transparent and highly conductive film used to control display pixels in touch-screen displays. While it’s used in millions of devices worldwide, the most obvious difficulty with ITO film is its well-known fragility. The second major problem is the fact it’s derived from indium: a rare mineral that’s environmentally taxing to extract and highly expensive due to its growing scarcity.

The best-known alternative to date is silver – the most conductive element on the planet. It’s been discovered that film coated with tiny silver nanowires exceeds the performance of ITO film in terms of transmittance and conductivity, with other benefits such as a low energy consumption, low operating temperature, and is easily compatible with existing devices.

The downside though is that like indium, silver is also an expensive and scarce metal. Therefore, while it’s an improvement from current standards, it’s not the ideal option for the future.

A recent article published in the American Chemical Society journal Langmuir may have uncovered a more suitable solution to tougher and more sustainable screens. By combining silver nanoparticles with graphene, researchers from the University of Sussex were able to create a film that again exceeds the performance of existing technologies – only this time, at a fraction of the cost.

Graphene is a two-dimensional crystal produced from natural graphite – a relatively abundant natural resource – and because of this, its cost is low. Graphene acts as a linker in the silver nanowire network meaning only a fraction of silver is required to match or surpass the performance of regular silver nanowire film. Graphene also increases conductivity meaning devices could be more responsive but use less power.

Professor Dalton from the University of Sussex’s School of Mathematical and Physical Sciences detailed how his team assembles the elements:

While silver nanowires have been used in touch screens before, no one has tried to combine them with graphene. What’s exciting about what we’re doing is the way we put the graphene layer down. We float the graphene particles on the surface of water, then pick them up with a rubber stamp, a bit like a potato stamp, and lay it on top of the silver nanowire film in whatever pattern we like.

What’s particularly compelling about this ‘breakthrough’ is the fact the technology is easily scalable. Dalton explained that by using spraying machines and patterned rollers, the silver nanowires and graphene could be combined on a larger scale. That means cracked phone screens could finally be a thing of the past.

With all the incredible technological advancements out there, it’s great to finally see a potential solution for one of the most frustrating and common problems in recent times. It’s quite exciting to imagine how much more practical and attainable everyday technology could become when screens become cheaper, stronger and more eco-friendly. Let’s just hope they’re rolled out before my next screen cracking experience because if you’re anything like me, they happen far too often.