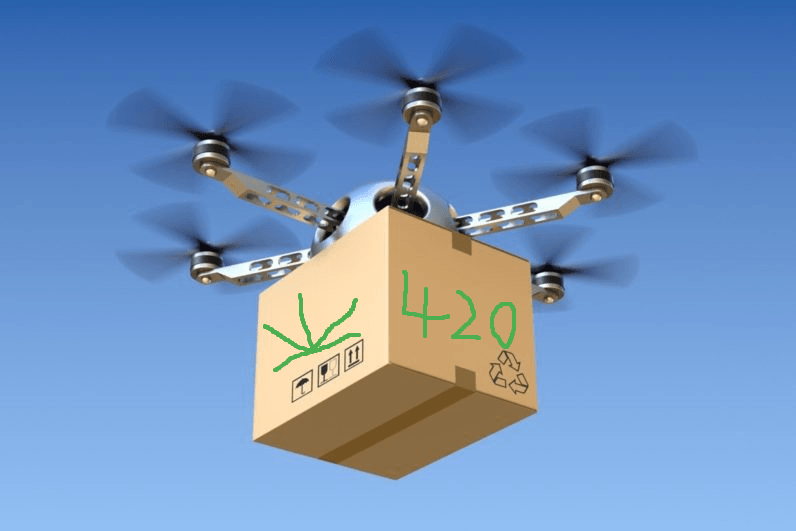 The State of California has long been a pioneer when it comes to an individual’s right to blaze trees. It introduced medical marijuana in 1996, and last year, voters passed a referendum legalizing recreational use.

But as spotted by Ars Technica, California is a little more stringent with how it’s delivered, with the California Bureau of Cannabis Control (that’s a thing) explicitly forbidding dispensaries from using drones to reach customers. Here’s the exact wording from the bureau’s licensing regulations.

Cannabis goods will be required to be transported inside commercial vehicles or trailers. Transportation may not be done by aircraft, watercraft, rail, drones, human powered vehicles, or unmanned vehicles.

It’s also pretty picky with how deliveries are to be made, stating:

Deliveries may be made only in person by enclosed motor vehicle. Cannabis goods may not be visible to the public during deliveries. Cannabis goods may not be left in an unattended motor vehicle unless the vehicle has an active alarm system. Vehicles used for delivery must have a dedicated, active GPS device that enables the dispensary to identify the geographic location of the vehicle during delivery.

I can understand the rationale behind this. Legal recreational marijuana is a new thing. As one of the first batch of states to embrace it, California is eager to show it can operate the market responsibly.

It also feels a little moot, considering Federal Aviation Administration rules require drones to fly within a pilot’s sight. That rule essentially puts the brakes on all drone-powered deliveries — from pizza and goods from Amazon, to yes, marijuana.

That said, it definitely sucks for the startups in this space, like Eaze and M Delivers, that were previously eyeing up the pot-drone delivery market, and hoping that the relaxation of federal rules would make it possible. And yes, it’s also a huge blow for all the Californian ents that want to get baked in 15 minutes or less.