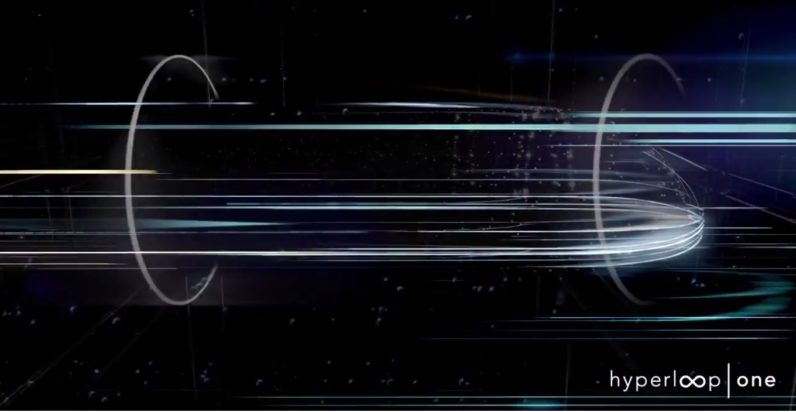 Hyperloop One used to represent a far-away-future where people lived like The Jetsons. Elon Musk dropped his white-paper about people traveling inside of tubes and everyone thought: well, it’s feasible, but it’ll take decades. That was four years ago, and Hyperloop One is here now. Not only does it work, but it’s about to go commercial.

The revolutionary transportation system was tested last weekend, and while you can’t use it to go from LA to San Francisco in a matter of minutes just yet, the roadblocks in the way of commercial passenger use are no longer technical ones. The concepts it just finished testing prove that the system works — even the brakes got checked out this time.

In the latest checkpoint, Hyperloop One, reached it’s highest speeds yet: 308km/h (192 mph). It traveled further than it ever has before, 500 meters, and the test resulted in a complete success for the team. Rob Lloyd, CEO of Hyperloop One, told us:

The look on the engineers face when it happened was great, this is what we’ve been working for. We’ve proven that this concept works.

Hyperloop One is about time. It’s fast: right now it can almost beat a Lamborghini, and soon it’ll reach speeds in excess of those a Boeing jetliner can manage. The technology is also developing very quickly. A year ago they were dragging sleds on tracks to show off the concept. Now they’re levitating a custom aerodynamic pod, XP-1, inside a vacuum tube. It’s mind-blowing. Lloyd credits the way they approach development:

We’ve got 180 engineers working hand-in-glove with welders and fabricators to do something no-one has ever done before. Our Engineers are on hand while what they’ve designed is being built.

The next step will be creating the air-lock system for loading and unloading into the pod, while maintaining the tube’s vacuum. This will inform the design for stations and ports.

Now that the company has proven that Hyperloop One is more than a concept, they’re ready to throttle forward into the next phase: commercialization. On the business side, Lloyd expects things to accelerate:

The success of the test represents a pivot to business for us. We’re now in the dawn of commercialization of Hyperloop One, as our co-founder says. That’s the pivot we’ll be making in the second half of 2017.

For a concept people thought was far-fetched to begin with, the team working on it has shown a remarkable ability to make it reality in a very short amount of time. We asked Lloyd if Hyperloop One’s mission, to be in service by 2021, was still feasible – he didn’t need to think about, or hedge his answer:

Lloyd isn’t being coy, nor is he holding back information about the ‘where’ of Hyperloop One (as far as we know). It’s not clear yet where they’ll break ground on the production “Hyperloops” yet, but it’s clear that it’s happening.

Anyone interested in how Hyperloop One functions can check out this video, which the team just released yesterday: