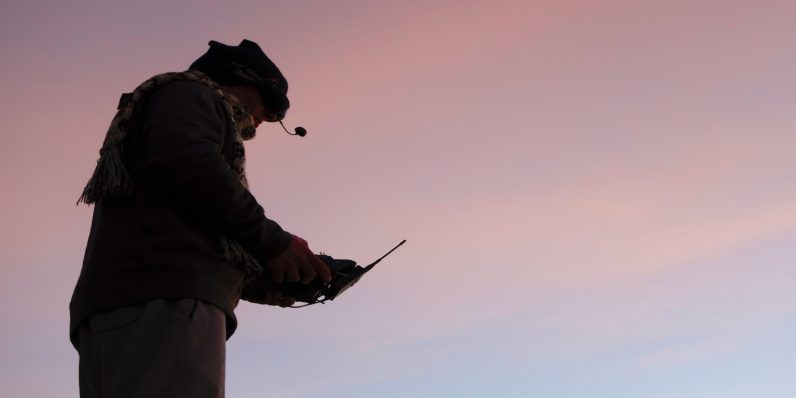 Law enforcement agencies across America are unprepared to combat the threat of drone use by terrorists and common criminals. The problem isn’t a technological one, or a training issue; it’s a legal concern. The technology exists, but legally, we aren’t allowed to use it

The Federal Communications Commission (FCC) explicitly forbids the use of technology that jams cellular, radio, or Wi-Fi by anyone other than federal organizations. Police, sheriffs, state troopers, and state correctional facilities are prohibited from using the jamming technology required to combat drones because of this rule.

Instead we are left with choices like shooting at a drone or trying to capture it. Those are far from optimal solutions. We’re trying to deal with the drone problem as an extension of how we already conduct law enforcement and that’s going to cost lives. Treating drones in the same manner as any other hostile target will result in quad-copters being shot out of the sky, potentially creating explosive debris.

We have to be ready

The single most effective way of safely neutralizing an unmanned aerial vehicle (UAV) is to take control of it and guide it gently to the ground. The people at DroneShield have devices that can detect and land an enemy drone:

The device can also force a UAV to return to its point of origin, allowing you to catch the person commanding it. In the US, unfortunately, the technology is only available to the military and other federal agencies.

The drone problem isn’t a new one; it’s just getting out of control. In one year alone police in the UK reported an increase of 352 percent in the amount of crimes reported involving drones. In a short period of time drones have gone from a buzz-word to an accepted part of daily lives. They’re at our high-school graduations, in our prisons and on our TV shows.

I spoke with DroneShield CEO Oleg Vornik about the very real problems that drones present for prisons, he had this to say:

You have a situation where inmates could be endangered by fighting over contraband if they see the drone… that’s just the tip of the iceberg in terms of what the underlying problem is. There could be weapons. We visited a prison where the governor had a bookshelf full of drones. He told me that he wasn’t worried about those drones, he was worried about the ones they didn’t know about or couldn’t catch.

Even if the idea of prisoners fighting over care packages delivered by flying robots doesn’t bother you – the potential for guns or explosives to be sent into prisons puts guards and corrections officers at more risk now than ever before.

Don’t we deserve to be safe?

It seems ridiculous that products such as DroneShield’s —  which include detection systems and countermeasures — can’t be deployed in prisons. Part of the problem is budgetary, but what are the alternatives? There aren’t any. Current laws mean we can only detect UAVs, we can’t deploy electronic counter-measures against them.

There are other products available that can counter threats from drones. Battelle has a DroneDefender system that includes a rifle that relies on jamming technology to take down drones. Blighter has similar counter-measure offerings. All of these require the use of jamming technology.

We aren’t safe unless we can deploy countermeasures like the DroneGun, which is available now or the DroneSentry, which is still in development. Detecting them isn’t enough, we need to be able to stop them. Vornik told me that, currently, prisons are using mesh nets to try and combat drone-drops. Its a solution without much promise. Detecting devices without a safe way of stopping or disabling them doesn’t solve the problem and hoping that an operator will fly one into a net seems like a bad strategy.

Cops and prison guards can try and shoot a one down, but that’s dangerous for everyone. A terrorist might have explosives strapped to a device. A non-exploding drone still has the potential to fly into people or vehicles as it crashes, and stray-bullets are never the sign of a working solution for civilian streets.

Then there are the worries that we don’t have data on. I asked Vornik how many UAVs he thought were dropping contraband into prisons, he said that it was probably thousands. There’s just no way to know; he and I agreed that for every one a prison catches there’s gotta be more they didn’t.

What are we left with

The police can’t handle the problems we already have with drones. I’m forced to wonder what its going to take for the US government to trust its law enforcement officers with technology that can safely stop them.

It all feels a lot like walking around a construction site and being forbidden to wear a hard-hat because I don’t work for corporate. I’m not sure I can go to a major sporting event again and see all the robots flying around and not wonder, what happens when the wrong ones fly in – or when someone hacks a swarm and takes control – who can we call to stop them?

Where do we begin?

We have to start with the FCC. If we cannot change the law that forbids the use of jammers, why can’t we include new laws that exempt law enforcement officers specifically in the event that they have to fight autonomous or unmanned vehicles? Speeding is illegal, but you wouldn’t forbid an officer from driving over the speed limit in pursuit of a dangerous suspect.

The solutions we have available, in America, weren’t designed to bring a quad-copter down in the middle of a crowded area without hurting anyone. We need to upgrade our law enforcement officers.

It’s time we got ahead of the drone problem, because it isn’t going anywhere.