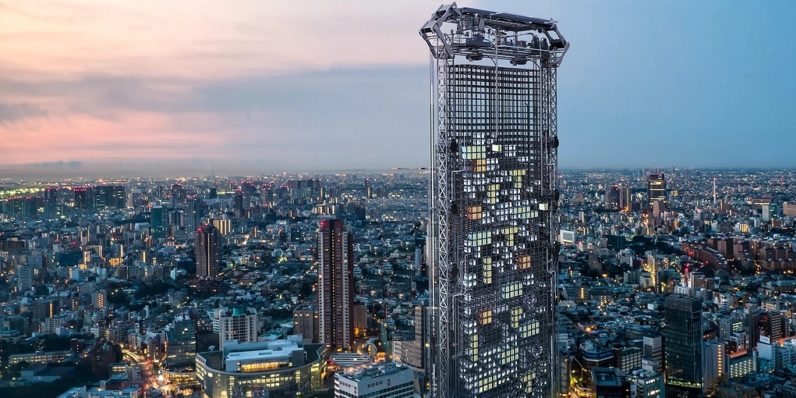 A Malaysian graduate student has come up with a building frame that dispenses new apartments much like a vending machine does candy bars. Instead of buying a pre-existing apartment in a skyscraper, imagine designing one yourself and the building producing it out of thin air.

The Pod Vending Machine is a essentially a skyscraper frame with a giant 3D printer at the top. You’d design an apartment, or pod, based on a series of sub-pod designs — essentially cobbling together your place room-by-room. The building would start off relatively small, and get taller as needed. When a new apartment is built, a series of cranes plug it into a slot on the building’s frame.

Haseef Rafiei, a student at the Manchester School of Architecture, designed the building to help combat waste in the construction industry. According to him:

Abandonment of construction projects remains a serious problem in the construction industry. It results in the wastage of materials and resources.

In my mind, there are still unanswered questions. How would the building’s central infrastructure (the elevators, stairs, hallways, etc) work in relation to the apartment slots? How much variation would be allowed in apartment shape and size? How would you maintain the integrity of utilities, like water and electricity? It’s a cool idea, but it sounds like a logistical nightmare.

The building was apparently designed with Tokyo in mind, since Tokyo had a similar architectural aesthetic in the 1960s called the Metabolist Movement.

Read next: Scientist builds giant mousetrap, obliterates everything with it