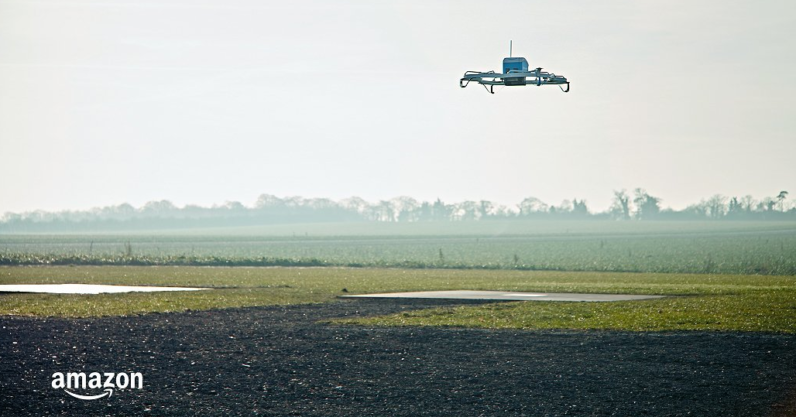 Amazon has its sights set on bringing its delivery services to the next level – and the company has passed yet another noteworthy milestone as earlier this week it successfully landed its first Prime Air drone delivery on American soil.

During an invite-only event at its MARS Conference in California, Amazon showcased its Prime Air tech as a drone descended from the sky to drop off a box filled with a handful of sunscreen bottles. While the order was planned ahead, the delivery reportedly took place without any intervention from humans.

Watch the drone in action here:

The flight purportedly marks the first time ever Amazon has publicly experimented with airborne delivery in the US – all previous tests were conducted on private properties.

Back in December last year, the ecommerce behemoth triumphantly completed its first-ever drone delivery in the UK. In celebration, CEO Jeff Bezos took to Twitter to share the achievement with the rest of the world.

Meanwhile, Amazon is hardly the only company devoted to pushing forth drone delivery to the masses.

Earlier in February, UPS made a big leap in the same direction as it delivered its very first drone-assisted package in Tampa, Florida. Google, Walmart and Domino’s have also expressed ambitions to venture into drone-powered deliveries.

Who do you think gets there first? Place your bets down in the comments.

Erratum: This piece initially wrongly stated the drone flight had taken place in Florida. We’ve since corrected the piece to reflect the accurate location of the experiment, which was California.

Read next: Meet Nadia, the scarily ‘human’ chatbot who can read your emotions