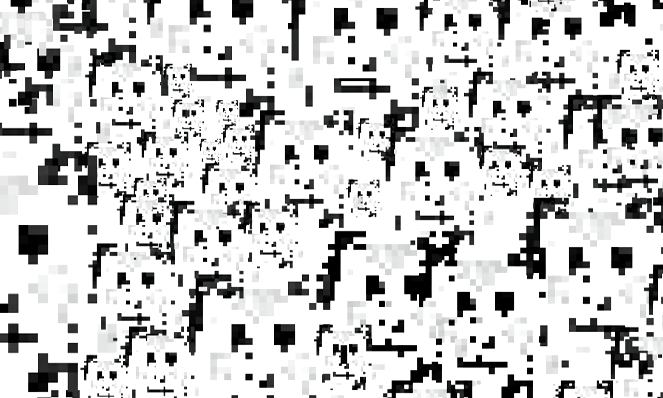 Privacy advocates have long feared the risk facial recognition technologies pose to ethical surveillance practices, but soon there might be a high-tech garment solution that can hide your face from being recognized by computers.

The Guardian reports Berlin-bound artist and independent researcher Adam Harvey is developing a new technology which aims to overwhelm and confuse computer vision systems by feeding them false information.

The Hyperface Project, as Harvey calls it, revolves around printing deceitful patterns onto attire and textiles with the purpose of rendering your face illegible to surveillance systems.

As Harvey explains, the Hyperface technology ultimately prevents computers from scanning your face by inundating “an algorithm with what it wants, oversaturating an area with faces to divert the gaze of the computer vision algorithm.”

The patterns, which Harvey developed in collaboration with interaction studio Hyphen-Labs, can then be worn to shield off the areas facial recognition systems seek to interpret.

Given that tech giants and researchers have been consistently improving and developing new technologies for facial recognition, anti-surveillance solutions could be a viable way of protecting your privacy in our increasingly technologized environment.

Facebook uses computer vision algorithms for its automatic tagging feature and Amazon has also equipped its physical Go stores with its own facial surveillance system. On the academic front, researchers from the Shanghai Jiao Tong University in China recently showcased an artificial intelligence algorithm that is purportedly capable of identifying criminals by the curvature of their lip.

In any case, I’d rather wear a shirt with an ugly pattern than have a computer interpret my criminal tendencies by calculating how curved my lips are. Alternatively, you can also wear a pair of these 22 cent sunglasses to achieve the same result. Pick your own style.

Read next: This underwater drone uses sonar to track down fish and film it in 4K