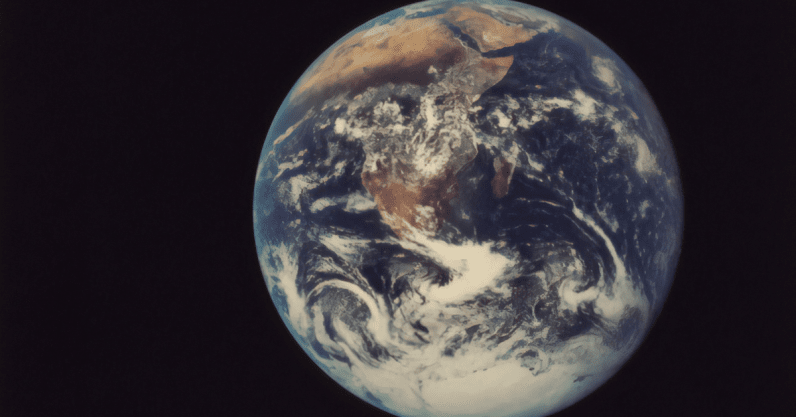 Water covers around three-quarters of Earth, and it can be found on other worlds of the Solar System, including sub-surface deposits of ice on Mars. One of the great questions in planetary science today is attempting to understand how water came to exist on the surface of planets, including Earth.

I came here to rock

A pair of meteorites were found in the Sahara Desert several years ago, and dubbed NWA [North West Africa] 7034 and NWA 7533. Researchers found these bodies, mixtures of several types of rock, were from the planet Mars. One of these rare pieces of Mars, NWA 7533, was recently examined by investigators from the University of Tokyo.

“I study minerals in Martian meteorites to understand how Mars formed and its crust and mantle evolved. This is the first time I have investigated this particular meteorite, nicknamed Black Beauty for its dark color. Our samples of NWA 7533 were subjected to four different kinds of spectroscopic analysis, ways of detecting chemical fingerprints. The results led our team to draw some exciting conclusions.” Professor Takashi Mikouchi from the University of Tokyo states.

Analysis of the Martian meteorite NWA 7533 provides evidence that the origin of water on planets is likely mostly chemical, rather than interplanetary.

Not staying hydrated is a mistake

Water is patient, Adelaide. Water just waits. Wears down the cliff tops, the mountains. The whole of the world. Water always wins. — Dr. Who, The Waters of Mars

Water is found throughout the Solar System, including a new discovery of ice trapped on the sunlit face of the Moon. More than 3.7 billion years ago, Mars was home to vast oceans, and possibly primitive life. As Mars lost its primitive atmosphere, these bodies of water were driven into space or frozen underground.

Mikouchi and his team found evidence in the meteorite showing that water was likely present on the surface of Mars in the earliest age of the Solar System 4.4 billion years ago.

“Igneous clasts, or fragmented rock, in the meteorite are formed from magma and are commonly caused by impacts and oxidation. This oxidation could have occurred if there was water present on or in the Martian crust 4.4 billion years ago during an impact that melted part of the crust,” Mikouchi adds.

These reactions would have released vast quantities of hydrogen. On Mars, with an atmosphere that was already rich in carbon dioxide (CO2), temperatures would have risen, moderating the climate, if only for a time.

“Such an early oxidation of the crust by impacts in the presence of water may have supplied greenhouse gas [hydrogen] that caused an increase in surface temperature in a CO2-thick atmosphere,” researchers describe in an article published in Science Advances.

By learning how chemical reactions may be responsible for the origin of water on planets, astronomers may learn more about water on distant exoplanets. We could also learn more about the ancient waterways on Mars, as well as the massive oceans that surround us all right here on Earth.

Read next: What3words is about to make millions of car satnavs more accurate and easier to use