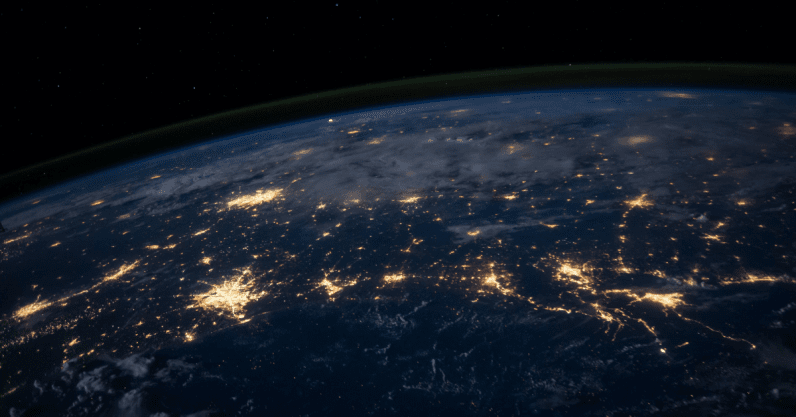 Countries across the world took unprecedented action in the first few months of 2020 to control the spread of COVID-19. At its peak, one-third of the world’s population was in lockdown. Around the world, car travel fell by 50%, the number of flights plummeted by 75% and industrial activity fell by around 35%.

With so many cars parked, aeroplanes grounded and factories closed, global carbon dioxide (CO₂) emissions fell by around 17% compared with the same period in 2019. But greenhouse gases such as CO₂ weren’t the only emissions to fall, and not all pollution heats the planet. Some of the industrial activities that shut down – particularly heavy industry, including steel and cement making – also produced aerosols, which are tiny particles that linger in the atmosphere for weeks and reflect heat from the Sun.

Previous studies have suggested that if a lot of these industrial processes were to suddenly shut down, it would lead to short-term warming because the atmosphere would lose the reflective effect of aerosols. But as the lockdown cleared skies, temperatures didn’t rocket.

In new research, we show that lockdown had a negligible effect on global temperatures. So what really happened?

Sulphur dioxide (SO₂) gas is mainly produced in industrial processes that burn coal. In the atmosphere, it reacts to form white sulphate aerosols. These particles offset some of the heating caused by greenhouse gases such as CO₂ by reflecting sunlight back into space, in a process known as global dimming. If SO₂ were the only pollutant whose emissions fell, we would expect Earth’s temperature to increase.

Soot, otherwise known as black carbon, is also made when burning dirty fuels, and emitted in large quantities from older cars. Since soot is black, it absorbs sunlight and heats the atmosphere. Cars and aeroplanes also emit lots of nitrogen oxides (NOₓ), gases that make ozone in the lower atmosphere where it acts as a greenhouse gas that warms the planet. Satellite images in March and April showed huge reductions in NOₓ over Europe as national lockdowns came into force.

The different gases and aerosols we emit either contribute to global heating or global dimming. So determining how lockdown affected global temperatures is a matter of finding out which effect dominated.

We ran a series of computer model simulations of the atmosphere during lockdown, versus what we would have expected if the pandemic had never happened. We fed into the model the best estimates of how much emissions of SO₂, black carbon and NOₓ fell from industry, transport and aircraft for the period between mid-February and mid-June.

Our model simulations showed that reductions of these different pollutants only had a small and temporary influence on the climate, overall, in part due to their opposing effects. This may sound like a dull conclusion, but it has important lessons.

Which sectors were affected most was hugely important. The largest emissions reductions were in transport, where NOₓ and black carbon emissions are particularly high. This largely offset any heating that would otherwise have occurred from the drop in SO₂ caused by the slowdown in heavy industry.

The global average temperature saw little change, but there were regional variations. For example, the Middle East was cooler since less black carbon in the air meant the highly reflective desert sand could send more solar energy back out to space. Other regions, such as eastern China, saw more heating overall, as they had some of the largest reductions in industrial SO₂ emissions. These differences in heating patterns could affect weather systems, such as monsoon cycles.

What we’ve described here are model simulations – they’re not perfect, but they’re our best method for investigating global atmospheric changes. Simulating the effects of all these different pollutants is difficult. In fact, the struggle to simulate how aerosols affect the climate is one reason we cannot predict exactly how hot the climate will get.

The lockdown offered an invaluable test for our theories about how pollutants affect the climate. From this, we’ll be able to improve our models and make better predictions. We’ll also know better how to plan a strategy that reduces emissions from different sectors without inviting a sudden and sharp increase in global heating.

The long-term effects of the pandemic on our climate will be determined more by what happens to long-lived greenhouse gases, such as CO₂ and methane. These remain in the atmosphere for centuries and decades respectively, compared to a few days to weeks for NOₓ, SO₂ and black carbon. CO₂ emissions dropped during lockdown, but not enough to stop levels in the atmosphere growing. Global heating won’t stop until emissions reach zero.

It may seem daunting that the near shutdown of society didn’t cause a big enough reduction in emissions to stop climate change. But this just shows the limits of doing less of the stuff we normally do, instead of changing how our economies and infrastructure are powered. While lockdown measures have brought temporary reductions in emissions, there are better ways of doing this that cause less harm to society and people.

Only a decisive shift from fossil fuels will stabilize global temperatures. That’s why the decisions governments take to revive economic growth after COVID-19 will be pivotal. The 2008 financial crisis caused a similar slowdown, but emissions soon rebounded as a direct result of economic rescue packages which invested heavily in fossil fuels. We cannot afford to make the same mistake again.

Read next: The ewaste crisis could be avoided if we made batteries cheaper and easier to recycle