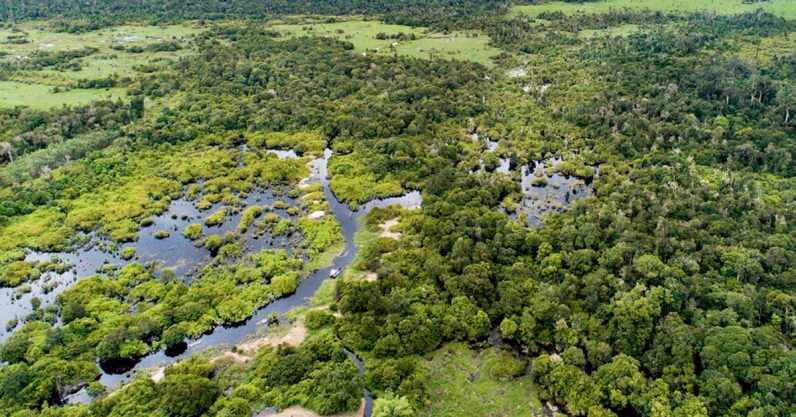 Peatlands cover just a few percent of the global land area but they store almost one-quarter of all soil carbon and so play a crucial role in regulating the climate. My colleagues and I have just produced the most accurate map yet of the world’s peatlands – their depth, and how much greenhouse gas they have stored. We found that global warming will soon mean that these peatlands start emitting more carbon than they store.

Peatlands form in areas where waterlogged conditions slow down the decomposition of plant material and peat accumulates. This accumulation of carbon-rich plant remains has been especially strong in northern tundra and taiga areas where they have helped cool the global climate for more than 10,000 years. Now, large areas of perennially frozen (permafrost) peatlands are thawing, causing them to rapidly release the freeze-locked carbon back into the atmosphere as carbon dioxide and methane.

Geoscientists have studied peatlands for a long time. They’ve looked at why some areas have peat but others don’t and they’ve looked at how peatlands work as natural archives through which we can reconstruct what the climate and vegetation were like in the past (or even what human life was life: many well-preserved ancient humans have been found in peat bogs).

Scientists have also long recognized that peatlands are important parts of the global carbon cycle and the climate. When plants grow they absorb CO₂ from the atmosphere and as this material accumulates in the peat, there is less carbon in the atmosphere and therefore the climate will cool in the long-term.

With all this knowledge about how important northern peatlands are, it is perhaps surprising to learn that, until recently, there was no comprehensive map of their depth and how much carbon they store. That is why I led an international group of researchers who put together such a map, which we can use to estimate how the peatlands will respond to global warming. Our work is now published in the journal PNAS.

Peatlands are surprisingly difficult to map as their growth is connected to many different local factors, such as how water drains in the landscape. This meant we had to gather more than 7,000 field observations and use new statistical models based on machine learning to create the maps.

We found that peatlands cover approximately 3.7 million square kilometers. If it were a country, “Peatland” would be slightly larger than India. These peatlands also store approximately 415 gigatons (billion tons) of carbon – as much as is stored in all the world’s forests and trees together.

Almost half of this northern peatland carbon is presently in permafrost, ground that is frozen all year round. But, as the world warms and permafrost thaws, it causes peatlands to collapse and completely changes how they relate to greenhouse gases. Areas that once cooled the atmosphere by storing carbon would instead release more of both CO₂ and methane than they stored. We found that the thaw projected from future global warming will cause releases of greenhouse gas that overshadow and reverse the carbon dioxide sink of all northern peatlands for several hundred years. The exact timing of this switch is still highly uncertain, but it is likely to happen in the later half of this century.

There are regions of very extensive permafrost peatlands in Western Siberia and around Hudson Bay in Canada. These unique environments and ecosystems will be fundamentally changed as the permafrost thaws, and their characteristic mix of frozen peat mounds and small lakes will be replaced by extensive areas of wet fens.

These changes will cause more CO₂ and methane to be released into the atmosphere as the previously frozen peat becomes available for microbes that degrade it. The thaw will also lead to large losses of peat into rivers and streams, which will influence both the food chains and biochemistry of inland waters and the Arctic Ocean.

These new findings further reinforce how urgent it is to rapidly reduce our emissions, as the only way to stop permafrost thaw is to limit global warming. There are no geoengineering solutions that can be deployed in these vast and remote areas. Our results clearly show that more limited global warming of 1.5℃-2℃ would be much less damaging than our current trajectories of 3℃-4℃ degrees or above.

This article is republished from The Conversation by Gustaf Hugelius, Senior Lecturer, Physical Geography, Stockholm University under a Creative Commons license. Read the original article.

Read next: Trouble sleeping? The Netflix for sleep might be your answer to a better night's rest