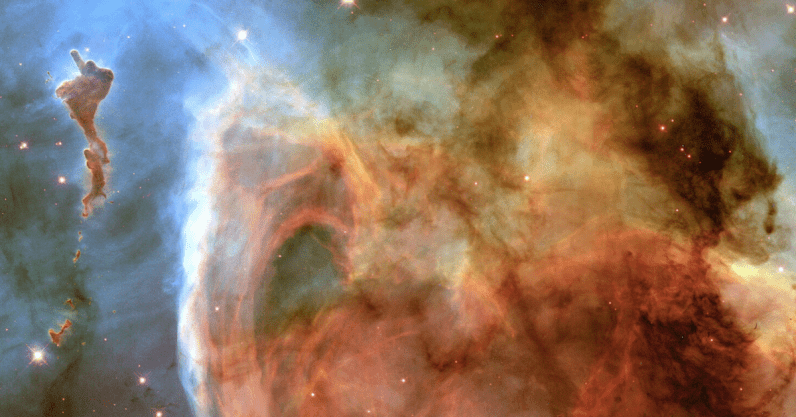 A newly discovered exoplanet — TOI 849 b — located 730 light-years from Earth offers astronomers a unique opportunity to study the interiors of planets. The exoplanet — which was discovered by a team led by the University of Warwick and is being investigated by Dr Christoph Mordasini, University of Bern — is the first example of an exposed exoplanet core found in orbit around its star.

The team of astronomers have been able to determine many of the qualities of the planet, including its radius, orbit and surface temperature. The exposed core is roughly the size of Neptune — 40 times the size of Earth — and orbits extremely close to a star that is similar to the Sun in many respects, completing a full tour in just 18 days.

The researchers believe that TOI 849 b was originally a gas giant and some event in its history stripped away its outer layers, composed mostly of hydrogen and helium. Alternatively, it could be a planet which failed to fully form as a result of some special circumstance, meaning these layers, now missing, never grew in the first place.

The team’s results are published in the journal Nature.

An exoplanet exposed —  TOI 849 b reveals all

Even beyond the fact that it consists of an exposed core, as an exoplanet, TOI 849 b has qualities that offer researchers unique opportunities to study aspects of planets and their origins that have been previously unavailable.

“The planet has very unusual properties that we have never observed before in another exoplanet,” explains Mordasini, who will handle the theoretical interpretation of its discovery. “Namely, for its mass, it has a high mean density of about 5.5 grammes per cubic centimeter, similar to Earth. This is much more than the mean densities of the giant planets in the Solar System.”

As a comparison, Mordasini cites Neptune that has a mean density of just 1.6 grammes per cubic centimeter. What this indicates to the researchers is the fact that the exoplanet has far less hydrogen and helium than both our gas giants and those found outside the solar system. Instead, TOI 849 b seems to be made from heavier materials like iron and rock.

“Such a low content of hydrogen and helium is highly unusual for such a massive body,” Mordasini says. “It is not only unusual in the sense that we do not know other planets with such properties, but it is also surprising from a theoretical point of view.”

Mordasini explains why the discovery of TOI 849 b could challenge accepted theories of planetary evolution: “During the formation phase, when a planet is still embedded in its parent protoplanetary disk made of hydrogen (H) and helium (He) gas and dust, it can gravitationally bind some gas.

“The more massive a planet, the more gas it can bind, as its gravitational attraction becomes stronger. Once the mass is more than about 10 Earth masses, normally a lot of H/He is accreted, and a giant planet forms, according to theoretical models, and also in good agreement with previous observations.”

As Mordasini points out, this is not the case with TOI 849 b, as despite its high mass, contains nearly no H/He. Planets with sizes comparable to gas giants are usually found at greater distances from their host stars. This exposed exoplanet exists in what researchers refer to as the “Neptune Desert” — a region close to stars where planets of Neptune’s mass or larger are vanishingly rare.

Clearly, something went quite differently for this planet during its formation and evolution. Something special and rare happened. One, of course, wonders what it was. — Dr Christoph Mordasini

One possible explanation of the missing outer layers of TOI 849 b is that it was somehow stripped violently from the planet.

“There are several possibilities explaining how TOI 849 b became this exposed core which can be split into two categories,” Mordasini explains. “The planet had once a much more massive envelope of H/He, but it somehow lost it. Or The planet never had a lot of H/He.”

The stripping of the outer layers of TOI 849 b transforming it from a gas giant to an exposed planetary core can be further divided down into two distinct sub-scenarios. “Firstly, perhaps during the formation phase, the orbit of the planet could have been very eccentric. When it got circularised via a tidal interaction with the host stat, the energy was injected into the planet, leading to the ejection of some or all of the gaseous envelope,” says Mordasini. “Alternatively, the gaseous envelope could have been ejected because of a giant impact or collision with another protoplanet also originally present in the system of TOI 849 b.”

It was this latter scenario that Mordasini investigated for the Nature paper building upon a model of planetary evolution synonymous with the University of Bern. The researcher and his collaborator and co-author, Alexandre Emsenhuber, a postdoctoral research associate at the University of Arizona, scoured a large data set of possible planet formation and evolution models to see if any simulated planets possessed properties similar to those of TOI 849 b.

“We were surprised to see, that indeed, yes, the simulations did contain planets similar to TOI-849b, but only in a very low frequency,” Mordasini explains. “We checked how these planets came into existence. We found that these planets had first accreted a large amount of H/He, as we would expect it normally, but then they collided with another protoplanet.”

This collision releases kinetic energy into the gaseous envelope of the unfortunate target planet, causing it to heat and expand and resulting in it ultimately becoming unbound from the planet’s core.

“We knew that such a mechanism is possible in the models, but to see it realized in reality, at least potentially, was fascinating,” Mordasini adds. “A crucial aspect is here that the impact need to happen after the gaseous disc has dissipated. Otherwise, the core would re-start accreting gas from the disc, leading to a ‘normal’ giant planet. So timing is critical.”

But what about that alternative family of explanations; those that posit that TOI 49 b never had an outer layer of hydrogen or helium to begin with?

Was TOI 849 b born without outer layers?

Of course, just because this is the model that Mordasini worked on for the study, doesn’t mean that he has closed his mind to other possible explanations.

Even with the increasing power of telescopes and advances such as the James Webb space telescope, set to launch in 2021, and the ESO’s Extremely Large Space Telescope being built in the Chilean desert, opportunities to study an object like TOI 849 b will likely remain few and far between.

“We already know that such objects are very rare, as otherwise, we would have detected many more of them,” Mordasini continues. “TOI-849b lies in terms of orbital distance, mass and radius in the so-called Neptunian desert. This is a part of space which is almost devoid of planets — very close planets with periods of less than a few days are either lower-mass super-Earth planets, or massive giant planets, but not something intermediate like TOI-849b.”

This means that to obtain the kind of information that direct study of a planet’s core offers, TOI-849b may remain astronomers’ only viable option. Mordasini explains that the next steps for his team are to study observationally the atmospheric composition of the planet, to find what materials the core is made of. They will then further investigate the different proposed pathways more closely, to if certain scenarios of the outer layer loss can be discounted.

“It is a very strange planet,” the Unviersity of Bern researcher concludes. “Usually, the cores of giant planets are not accessible to direct observations, but with TOI-849b we can look into a planet, at its core, so to say!”

Read next: The vast Scopio image library is open and royalty-free for under $30