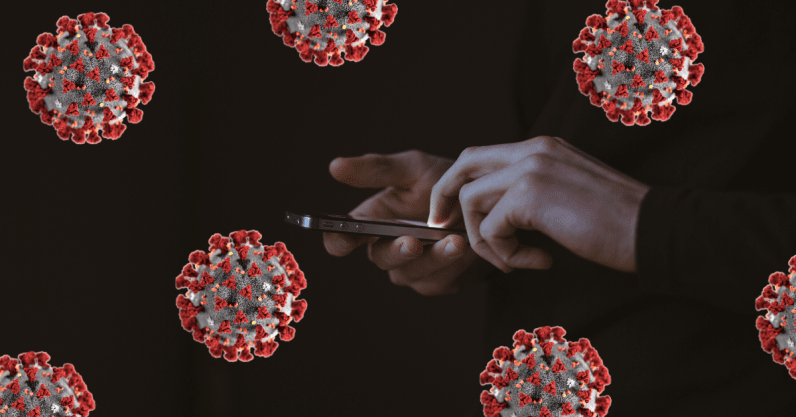 Originally planned to roll out in May, the UK’s track and trace app has now been delayed until winter. Part of the government’s wider test, track and trace strategy, the app uses Bluetooth on smartphones to see who infected people have been in close contact with, and uses this information to message people at potential risk of infection.

The app will require high levels of engagement from lots of people if it’s to be useful. So, while the delay is disappointing, it’s also an opportunity to incorporate knowledge from behavioral science into the app’s design and the communications around it, to influence how it’s used. Ultimately, it will be the public’s behavior that determines whether the app and track and trace system are successful.

For the app to have an impact, people need to do four key things:

There is no published research on how people engage with COVID-19 track and trace apps, but we know there are a wide variety of potential barriers to people taking up these behaviors. Behavioral science provides some important insight into how to overcome some of these.

How to get people to engage with the app

In a poll conducted in the UK in May, 62% of people said they’d be likely to download the app to protect friends and family from infection. However, it is likely that fewer people will actually download it – due to what’s known as the “intention-behavior gap.” In general, only around half of people who intend to do something actually go on to do the behavior, because other things get in the way. But research shows that helping people to plan exactly where and when they will download the app may help to overcome this gap.

Widespread concerns about privacy and confidentiality, and about how the app could be used by governments for surveillance, may also mean that people choose not to download it. This, though, may vary depending on the characteristics of the app and its specific security features. The UK has recently switched to using Apple-Google technology, which is apparently more privacy focused.

But downloading the app is only the first step – and arguably the easiest. People will also need to make sure their phone is with them (and switched on) and that they report symptoms. If people are to perform these behaviors, they need to trust the app, so communications about it need to address people’s current concerns. The app design also needs to allow the user to opt out of certain functions and to delete data – as we know that people find controllable risks more acceptable than uncontrollable ones.

It should be possible for the app to provide users with personalized feedback about how much close contact they have had with others. This kind of feedback can help people monitor and regulate their behavior, which is important for behavior change. Enabling feedback could therefore be a useful tool for getting people to adhere to physical distancing guidelines and limit their contact with others.

Arguably the most important behavior, in terms of reducing infection rates, is self-isolating. The vast majority of people (86%) say they are willing to self-isolate if asked to by the app. But only half of people with a cough or fever actually reported adhering to guidance to self-isolate during the early phase of the pandemic, according to Department of Health and Social Care tracker data. Similarly, in a pilot scheme of a manual track and trace system, only one-third of people fully cooperated.

Rates will likely be even lower for the app, as people are likely to question the credibility of the message to self-isolate. This is because people can react defensively to messages that make them fearful. They may need persuading that contact with an infected person really happened, and a message from an app may not be able to do this. Contact tracing is likely to be more effective if done by someone who is trusted, and linking from the app to a trusted member of the community could provide valuable reassurance and advice about self-isolating, thereby reducing anxiety.

One factor yet to be fully considered is that some people will probably be asked to self-isolate multiple times, as they repeatedly come into close contact with people with COVID-19. This is especially likely for people with job roles that mean they are in contact with large numbers of people, those living in areas with higher population densities, those who use public transport and, after July 4, those who choose to visit pubs, restaurants and hairdressers with fewer than two meters of physical distancing.

Self-isolation is also likely to be particularly challenging for those on low incomes, and support must be provided to enable them to adhere. This should include sick pay at levels that compensate working income, and employer support for self-isolation that highlights this as normal practice for staff.

Self-isolation – especially on more than one occasion – is likely to be influenced by a person’s perception that what they are doing is making a difference. If during a period of self-isolation they do not go on to develop symptoms or test positive for COVID-19, then their response may feel pointless. This reduction in the belief that what they are doing is worthwhile – or the “response efficacy” – is likely to reduce their willingness to self-isolate subsequently.

To combat this, the app could feed back positive personalized messages that emphasize how self-isolation reduces the need for other lockdown measures. And motivational messages could also be sent – for example, messages that ask people to reflect on the regret they might feel if they didn’t self-isolate and were responsible for infecting someone.

This article is republished from The Conversation by Madelynne Arden, Professor of Health Psychology and Director of the Centre for Behavioral Science and Applied Psychology, Sheffield Hallam University under a Creative Commons license. Read the original article.

Read next: Study: Only 18% of data science students are learning about AI ethics