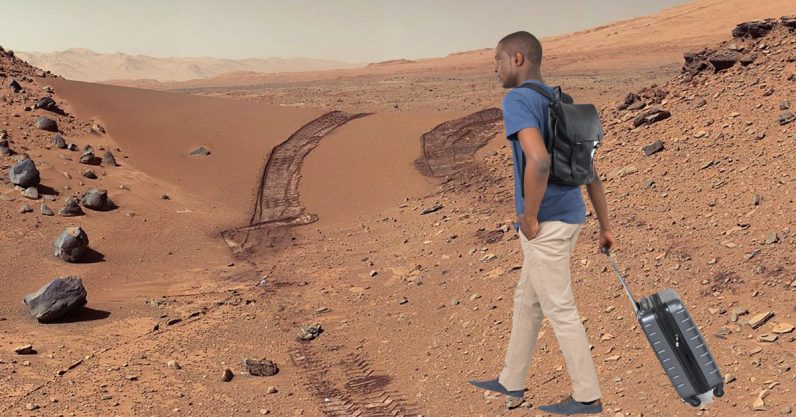 On May 30, 2020, millions of Americans watched the inaugural SpaceX Crew Dragon launch NASA astronauts to the International Space Station. This mission marked two significant events: first, the return of launch to orbit capability for human spaceflight from the United States. Secondly, it successfully demonstrated private sector capability to build and operate a launch vehicle for human spaceflight.

While SpaceX may be the first private space company to accomplish this, it is not alone. Boeing’s Starliner and Lockheed’s Orion capsule are also being developed for NASA’s Commercial Crew Program, and training has begun for safety operations on the spacecraft.

As an aerospace lawyer working and teaching on human spaceflight law and policy for over a decade, I have a professional and personal appreciation for current spaceflight technologies and astronaut developments.

A suborbital flight, in contrast to SpaceX’s recent orbital flight, is a brief spaceflight that fails to complete one full orbit of the Earth. That is, you launch your space vehicle to the edge of space and come right back down. Virgin Galactic has been inching closer to commercial suborbital launch operator status with successful crewed test flights in February 2019. In fact, Virgin Galactic’s SpaceShipTwo, an air-launched suborbital rocket, and Blue Origin’s New Shepard, a rocket-launched space capsule, are projected to commence suborbital flights catering to both space tourists and scientific research this year. Each suborbital flight presents a unique spaceflight experience, trajectory, and set of regulatory requirements.

While the industry continues to test and refine tech and operations, the Federal Aviation Administration – which regulates launch, reentry and spaceports for U.S. commercial spaceflight – is also morphing to address the needs of the emerging private space industry.

What you need to know before you fly to space

Spaceflight is regarded as an inherently dangerous activity. While some hazards of spaceflight and the space environment – like G-forces, radiation, vibration, and microgravity – are well documented, many risks remain unknown. The scope of physiological risks spans pre-flight, in-flight, and post-flight operations and activities.

FAA regulations also focus on the safety and protection of the public on the ground, not the civilian passengers who are called spaceflight participants. This includes anyone who is not crew or a government astronaut on a spacecraft.

As a result, regulations stipulate minimum requirements with regard to medical fitness and training for space tourists, as well as informed consent, and waivers of liability to protect the launch operator.

So prospective space participants are taking a big risk.

No standardized medical criteria exists for screening or selecting spaceflight participants. Unlike flight crew which requires a Class II airman’s medical certificate, there is no similar requirement for fitness to fly for space tourists. Where the law is silent or lacking, the FAA’s Recommended Practices for Human Space Flight Occupant Safety can provide general guidance.

Here the FAA recommends a spaceflight participant receive a medical consultation within 12 months of flight from a physician trained or familiar with aerospace medicine. Since this is a not a legal requirement, ultimately it will be up to the launch operator to determine fitness-to-fly and “no-go” criteria for preexisting conditions.

Virgin Galactic, for example, has few restrictions: no upper age limit, and weight limit only as it relates to practical space vehicle requirements.

When it comes to the risks from radiation, the FAA tries to reduce the exposure for crew members. But it considers the radiation risks of a space tourist taking a single suborbital joy ride as insignificant.

Similar to how airlines provide safety information before a flight, the launch operators are required to instruct space tourists on how to respond to emergency situations including smoke, fire, loss of cabin pressure and emergency exit.

This is a minimal requirement, and each launch operator determines its training protocol. Virgin Galactic, for instance, offers a three-day training with a focus on participant’s gear, communications and function, and spacecraft cabin.

Flight crew, in contrast, must be trained and qualified to perform their critical functions, and withstand the pressures of spaceflight. Orbital or long-duration spaceflights, however, will likely require more stringent commercial industry training protocols than for suborbital flights.

The FAA set the age requirement for civilian participants at 18 years.

This is necessary to ensure the participant can provide informed consent. In addition, the regulations dictate that the launch operator inform crews and participants that the U.S. government does not certify the spaceflight and space vehicle as safe for humans.

The launch operator must also inform the participants in writing of the risks of launch and reentry, the safety record of the vehicle, and that both known and unknown space hazards and risks could result in serious injury, either partial or total physical or mental disability.

The spaceflight participant is also required to sign a reciprocal waiver of liability with the commercial launch operator and an indemnification agreement with the Federal Government.

However, participants don’t sign a waiver with other participants. Meaning, if an accident occurs, spaceflight participants can sue each other but generally not the launch operator or the government.

To protect oneself, it would be advisable to take out insurance. A few companies, including AXA XL and Allianz, are beginning to offer third-party liability insurance for civilians to engage in spaceflight.

The space industry expects that many people may want to go to space in the near future, and private spaceflight is being marketed as the next experience in luxury escapism and scientific research.

This article is republished from The Conversation by Sara M. Langston, Assistant Professor of Spaceflight Operations, Embry-Riddle Aeronautical University under a Creative Commons license. Read the original article.

Read next: QuizUp developers are back with a new game called Trivia Royale — a 'Fortnite' for nerds