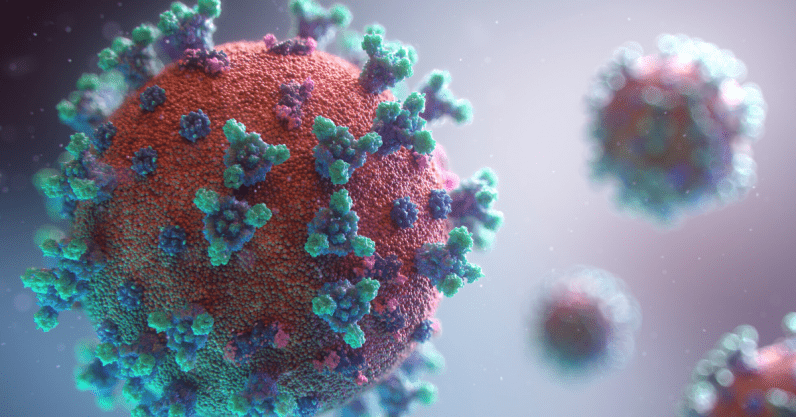 British cancer doctor Prof Karol Sikora recently claimed that the current COVID-19 pandemic would “burn itself out”. His thinking is that if there are more infections than we realize, and that those milder, unrecorded infections result in robust immunity, then this would quickly lead to “herd immunity”, leaving the virus nowhere to go but extinct. Extend this to the world’s population and the virus eradicates itself.

But the idea that letting the virus run wild would protect us is unlikely to be valid. The antibody results coming in suggest that only a small proportion of people have been infected by SARS-CoV-2. In the UK, only an estimated 6.8% of people have had the virus; for France, the figure is just 4.4%.

This means that we are far away from achieving herd immunity. It also suggests that the virus does indeed have the relatively high fatality rate that we’ve estimated.

This raises doubts that letting the virus burn itself out would be a sensible, safe and ethical answer to the COVID-19 problem. It would be safer to imagine a future where we can live side by side with SARS-CoV-2.

Yet the virus that caused the original SARS disease – SARS-CoV-1 – no longer haunts us. What can its disappearance tell us about the likelihood of living in a world without SARS-CoV-2?

Why the original SARS disappeared

It was evident by early 2004 that the SARS outbreak had ended. Starting in 2002, this epidemic lasted about one and a half years, infecting at least 8,000 people and killing 10% of them. Although it mostly affected east Asian countries, by its end SARS had spread worldwide.

In the midst of the turmoil, there were fears that SARS could become a serious pandemic. The virus was passed on by respiratory transmission, had spread internationally and had the ability to cause significant disease.

In its final days, the outbreak bounced between humans and animals in wet markets across China. There would be a couple of smaller outbreaks linked to laboratory-acquired virus transmissions, but nobody would die from these.

Why did the original SARS epidemic come to end? Well, SARS-CoV-1 did not burn itself out. Rather, the outbreak was largely brought under control by simple public health measures. Testing people with symptoms (fever and respiratory problems), isolating and quarantining suspected cases, and restricting travel all had an effect.

SARS-CoV-1 was most transmissible when patients were sick, and so by isolating those with symptoms, you could effectively prevent onward spread. Nearly everybody on the planet would remain susceptible to SARS in the decades following its disappearance.

It is clear that our response to SARS-CoV-1 led to the extinction of that lineage of viruses in humans. But we also knew that very similar viruses continued to exist in bats. It’s possible that a very closely related SARS-like virus could emerge in the not-too-distant future.

Of course, this is what happened in late 2019, when SARS-CoV-2 jumped into humans. In a few short months it had erupted into a pandemic, infecting millions of people worldwide and killing around 1% of those infected. While this new human coronavirus is distinct from the original SARS virus, it is related.

In a similar timeframe to the original SARS, SARS-CoV-2 has proved to be more contagious but seemingly less deadly than its cousin was nearly 20 years ago. An additional – and critical – concern is that SARS-CoV-2 is efficiently spread before people get sick. This makes traditional symptomatic-based public health restrictions, which worked well for SARS, largely incapable of containing COVID-19.

In essence, this ease of transmission means that SARS-CoV-2 is infinitely more challenging to control. We also have a poor understanding of whether catching and recovering from COVID-19 completely prevents you from catching the virus again and passing it on to others. Together, these factors mean that SARS-CoV-2 will most likely settle into the human population, becoming an endemic virus like its coronavirus cousins that are major causes of colds every winter.

While we haven’t been able to watch this “post-pandemic” scenario unfold for other human coronaviruses (although we strongly suspect this to have occurred in the not too distant past), we have ample evidence that this occurs with other viral infections. Over the last 100 years or so we have had five influenza pandemics, and descendants of the most recent pandemic influenza virus (H1N1 from 2009) continue to circulate in the population more than a decade later.

Given that we do not know how long natural immunity to COVID-19 lasts, nor whether it is capable of blocking infection completely or only symptoms, it’s not clear that SARS-CoV-2 could ever burn itself out. Therefore, our only option remains to suppress COVID-19 as much as possible until we have a safe and effective vaccine available to the masses.

This article is republished from The Conversation by Connor Bamford, Research Fellow, Virology, Queen’s University Belfast under a Creative Commons license. Read the original article.

Read next: These 5 tech companies are swimming in cash