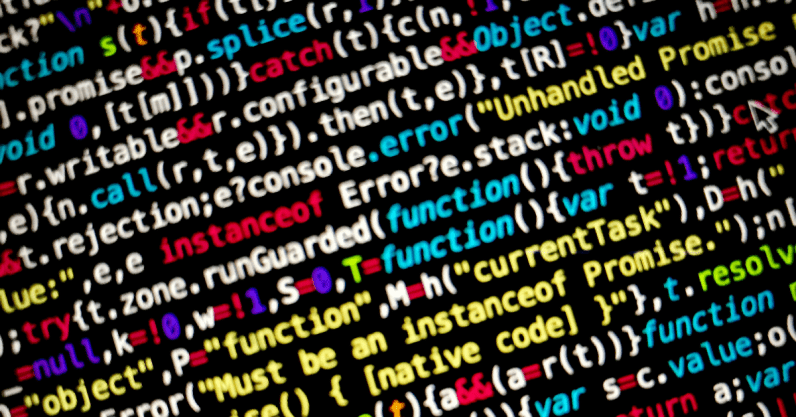 As the COVID-19 crisis shuts down businesses across the country, total unemployment claims have now passed 30 million. And with unemployment benefits agencies buckling under the strain of new applicants, even that figure is likely a severe undercount.

A report from the Economic Policy Institute published last month found that for every 10 people trying to apply for unemployment, three to four couldn’t get through the system to make a claim, and another two out of 10 said the process was too complicated to try. Taken together, the study suggests, millions of unemployed people have been effectively locked out of filing claims.

Applicants say they are dealing with an array of technical failures, including laborious phone verification processes, requirements to file applications only on certain days, call wait times of six to eight hours, websites that shut down for hours at a time, and user information issued by mail.

George Wentworth, a senior counsel at the National Employment Law Project who has studied unemployment systems, said several states have added steps to the application process in the name of curbing potential fraud, but he questions whether those additional steps are blocking workers from receiving benefits during the pandemic.

“I do think there are certainly a lot of things that have been done in the name of fraud, waste, and abuse that responsible administrators would be dialing back for this time,” Wentworth said.

Here’s a sampling of some of the ways states’ online systems have failed during the crisis.

In New York State, at the beginning of the coronavirus unemployment surge, many applicants were required to call a representative after filling out the online form, to verify the details of their application. On April 9, the state launched a new system pledging to call back applicants who needed to provide more information to complete their applications, but long waits to get in touch with a person to process claims remain a barrier for many applicants.

After numerous failed attempts at applying for benefits online in New York in March, Zac Uslianer, 27, a bartender and server who lost two jobs due to COVID-19, eventually got to the final step, the requirement that he speak to a claims specialist over the phone to complete his application. But like other applicants, he couldn’t get through the overwhelmed phone system.

“I believe that I called hundreds of times a day only to be disconnected every single time I attempted to call the hotline,” Uslianer wrote to The Markup.

He eventually got a lifeline from a friend, who forwarded him a screenshot from a Facebook post that suggested calling Gov. Andrew Cuomo’s office for help. The governor’s office routed his call to the Department of Labor to complete his application. “I consider myself very lucky to have received unemployment at all, but the process was incredibly arduous and incredibly frustrating,” Uslianer wrote to The Markup.

Not everyone has been so lucky. Another New Yorker, 22-year-old Ciara Wardlow, who’d recently lost work as a video editor, also struggled to complete her application with a mandatory phone call. After finishing the online form, she told The Markup, she got an automated call days later telling her to wait for a member of the staff to reach her. Weeks later, she’s still waiting.

In response to The Markup’s request for comment, the New York Department of Labor provided a public statement that said there have been “a large number” of claims that have incomplete or missing Federal Employer Identification Numbers and so need to be processed over the phone. The state said it is taking “a major call-back initiative to proactively call New Yorkers” who have not finished their claims.

Some states rely on online systems that require frequent downtime, and in at least some of those cases, the states’ websites are unable to send payments to applicants while also receiving new applications.

Florida’s system has become emblematic of the design problems with government unemployment websites. The state’s online application site recently failed so completely that some newly jobless people chose to wait in line in person for paper applications despite Florida’s lockdown.

Kenneth Whetstone, a 51-year-old shipping clerk in the state, provided a video of his attempt to claim his third week of benefits. The video showed how, after he entered his information, the site, called CONNECT, repeatedly crashed when he clicked on the “next” button to advance pages of the application. He came back to try again on a weekend but was instead greeted with a new message: “CONNECT is currently processing payments. We apologize for the inconvenience.” Facing complaints, the state has created an alternate site for applications. Florida’s unemployment benefits office did not respond to a request for comment.

In Tennessee, Joe Keene, a 48-year-old IT manager who was furloughed, ran into a similar error message when trying to apply for unemployment benefits. The site informed him that the site was “off line in order to process approved payments for deposit today.”

“The state just got caught not investing in their system development and infrastructure and we Tennesseans are paying the price for it,” Keene wrote to The Markup.

Tennessee has now started shutting down the site between 1 a.m. and 7 a.m. every day to process payments. “This overnight closure will help make the system more responsive during normal business hours,” officials said in a Facebook post.

A spokesperson for the Tennessee Department of Labor and Workforce Development confirmed in a statement to The Markup that the problem was the site’s capacity for visitors. The site, he said, has faced “responsiveness issues” when simultaneously processing payments and accepting new applications. He said the system has since been upgraded but is still being taken down overnight “to give customers and staff the most responsive system possible during peak business hours.”

Wentworth, the National Employment Law Project attorney, said the pandemic has exposed how little traffic some systems can handle. “It’s definitely not something that’s that common a problem normally,” Wentworth said. “It seems to be just exacerbated by the volume.”

Facing a flood of claims, some states, including New York and Illinois, have instituted a system that organizes applicants by last names. In Illinois, for example, workers with last names between A and M are given Sundays, Tuesdays, and Thursdays to file claims, and Mondays, Wednesday, and Fridays are reserved for applicants with last names that start with N through Z. Saturday is an open makeup day for applicants who missed their window.

Officials in New Jersey have tried a more complex system: organizing people by Social Security number. The state is going so far as to send people through the system not only by day but by hour, and workers are given a chart showing their assigned time to claim benefits:

For Rich Zytko, a 60-year-old sales director filing for unemployment in New Jersey, the gated system means he has to go into the system three different times during the week to certify eligibility for himself, his son, and his father-in-law, who are all unemployed.

But in Zytko’s case, after the applications were complete, the site said their weekly claims could not be processed, without further explanation. Zytko was eventually able to successfully receive payments, but his father-in-law and son still haven’t, for unclear reasons.

The New Jersey Department of Labor did not respond to a request for comment.

For people who have applied for unemployment in the past, Nevada’s system posed a special problem. Those people had to remember their password from that time, or go through a password reset system that required staff assistance and was widely unavailable at the beginning of the pandemic.

The state launched a new form for resetting account passwords at the end of March, but even that relied on direct action from staff, who would have to contact applicants with “next steps” for resetting their accounts. Nearly a month later the state created a new page that allowed visitors “to reset their online password 24 hours a day, seven days a week” without staff intervention.

“We recognize the password challenges filers are experiencing and have implemented this new password feature as part of our commitment to client access,” a state unemployment official said in a statement announcing the updates.

In Pennsylvania, applicants were assigned PINs to complete their applications. Users would sign up online and then be sent the number through the mail, a measure that Wentworth said is also used in some other states for fraud prevention.

But with a slammed unemployment system, some jobless workers in the state were stuck waiting more than a month for the promised PIN to arrive. The state’s labor department was recently recommending that applicants wait at least three weeks after filing an initial claim before requesting a second PIN. The officials have since said they’ve caught up with the swell of applicants. Pennsylvania’s labor agency did not respond to a request for comment.

In many states, applicants trying to call a representative at their unemployment agency have been tied up on phone lines for hours. Oklahoma officials reported an average call wait time of six to eight hours. The director of the state’s unemployment agency made a public announcement that, after adding more than 200 people to their 11-person call staff, they were able to lower the wait time to between 15 and 30 minutes.

In a statement, David Ostrowe, the state’s secretary of digital transformation, said Oklahoma had “redeployed” hundreds of staff to work on problems with unemployment benefits. “Last week the agency made over 1,600 outbound calls to applicants whose claims were incorrect or incomplete to proactively help them finish [the] process,” he said in the statement.

In Maryland, a new unemployment application system called BEACON was launched on April 24, only to promptly crash. Officials later said the app was back up and running at slower speeds. As of the following Monday morning, an attempt by The Markup to access the app resulted in a message stating that more than 114,000 users were ahead in line, with “more than an hour” of wait time.

The Maryland Department of Labor later issued an apology for the app, saying the launch of BEACON “has clearly fallen short.”