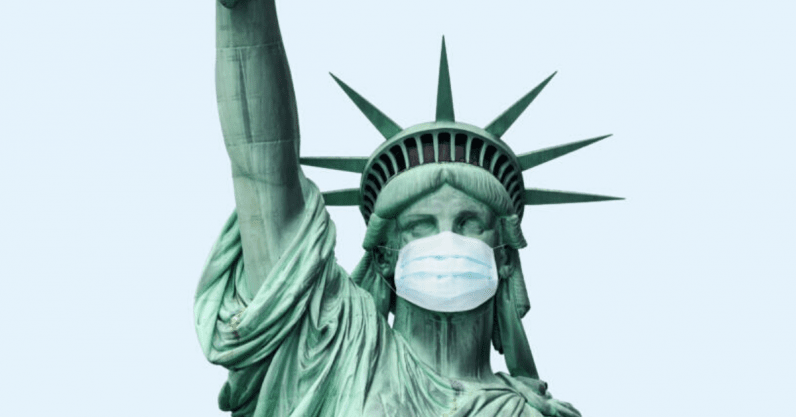 On March 4, Hawaii had no confirmed cases of COVID-19, but officials had started to take action in anticipation of an outbreak. Gov. David Ige declared a state of emergency, giving him the authority  to “suspend any law that impedes … emergency functions.” By the 16th, the outbreak had arrived: The state had 10 confirmed cases, and Ige began to act on that declaration.

Among the statutes he suspended was Chapter 92F of something called “the uniform information practices act.” It was easy for a layperson to miss, but the change effectively blocked requests for public records in the state for the duration of the emergency.

Officials say they need to take drastic actions to battle the pandemic. In New Jersey, where the state legislature amended its open records law, an analyst with an association of state municipalities told NJ.com that officials “need the flexibility during emergencies to be able to run government and respond to the emergency at hand.” A San Diego county spokesperson told the Voice of San Diego recently that “the public interest in receiving records at this time is outweighed by public interest in having county personnel free to handle this ongoing emergency.”

State and local jurisdictions aren’t the only ones making changes. At the federal level, government agencies are making their own decisions about how to process requests. But it’s clear those requests are facing heavy delays. The Reporters Committee for Freedom of the Press (RCFP) recently found that several agencies were telling requesters to expect delays through the course of the crisis.

On March 27, a report from the Congressional Research Service explained some of the reasons for those delays. The report noted that in some cases employees working remotely wouldn’t be able to find documents that weren’t already digitized. The report found that some agencies said they would expedite critical information during the crisis, but some said other requesters would be left waiting.

There’s little precedent for such sweeping changes, even in times of crisis. A month after the Sept. 11, 2001, attacks, Attorney General John Ashcroft released a memo reminding federal agencies of their ability to block access to agency deliberations under the Freedom of Information Act. The memo said agencies should take “full and deliberate consideration of the institutional, commercial, and personal privacy interests that could be implicated by disclosure of the information.” But the memo was only guidance.

At the state level, after Hurricane Sandy, New Jersey offered government agencies guidance on dealing with public records requests during an emergency, but the guidance clearly stated that the “right to access government records is not suspended” during a disaster.

After some California agencies said they would stop responding to public records requests because of COVID-19, transparency advocates including the Electronic Frontier Foundation said in a statement that there was “no legal basis” for such an “extraordinary step.”

“The coronavirus pandemic is not California’s first major crisis,” a coalition of organizations wrote in the statement, “and the Legislature has never authorized the suspension of the California Public Records Act.”

The Markup has seen similar results of government reaction to the pandemic at the state level. We’ve filed records requests with all 50 states, New York City, and Washington, D.C., for their coronavirus testing algorithms. While many states have already complied with the request, and we have data on 24 jurisdictions so far, we’ve also seen delays—including some that may be indefinite.

In Hawaii, our request to the state health department was denied. After two weeks, officials returned a largely blank form with a bold, underscored line stating, “Pursuant to Governor David Ige’s Supplementary Proclamation, dated March 16, 2020, response to your public records request will be postponed indefinitely.”

Washington, D.C., which has added COVID-19 office closure as an exception to the requirement to respond to public records requests within 15 days, acknowledged our request but said it would be delayed—three times. Emails from the city’s health department said the deadline for fulfilling our request would be moved from March to April, and then to May 15, and then to June 8, as the emergency was extended. The city ultimately provided some information on its policies at the end of April instead.

Pennsylvania responded to our request about a month after it was filed. An official acknowledged receipt of our request but said the health department’s public records office was closed for the duration of the emergency. “Requests will be processed upon resumption of business,” the official wrote in an email.

Unlike actions from governors, which put an end date on the emergency changes, New Jersey has amended its public records law directly to suspend the time required for a response during an emergency, effectively making the change permanent. Previously, officials faced a hard deadline of a week for responding to requests. Now, the state law says that, for the course of a declared emergency, “the custodian of a government record shall make a reasonable effort, as the circumstances permit, to respond to a request for access to a government record within seven business days or as soon as possible thereafter.”

“This is of course terribly concerning because they’ve taken their public records law and practically turned it into a mere suggestion,” said Gunita Singh, a legal fellow for RCFP.

“COVID-19 is no excuse to relax the fundamentals of open government and transparency,” Singh said.

This article was originally published on The Markup by Colin Lecher. You can read it here.