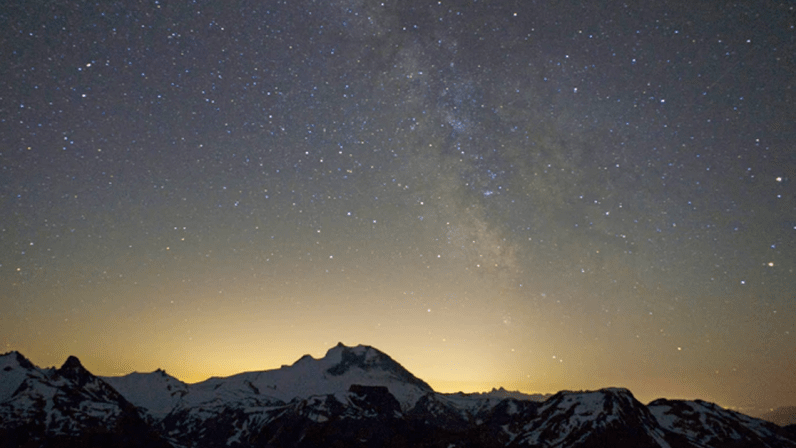 The more exoplanets astronomers discover the more they find that the universe is filled with extraordinary and unusual worlds. A prime example would be WASP-76b, which an international team of astronomers led by researchers from the University of Geneva (UNIGE) have discovered possesses one-side that is brutally bombarded by iron-rains, whilst the other is mercilessly roasted by radiation from the planet’s star.

The giant exoplanet — part of a new category of bodies called ‘ultra-hot Jupiters’ — has a scorching hot ‘dayside’ where temperatures can reach in excess of 2,40⁰⁰C, and a ‘nightside’ which is cooler by at least 1,00⁰⁰C. This means that on the former side, metals are vaporized by the ultra-hot temperatures and then carried across the planet by powerful winds. Once reaching the cooler side, the resulting iron vapor condenses into droplets of iron which rain down onto the surface of the planet.

“These planets are so hot that we are expecting molecules to disassociate into atoms,” explains Romain Allart, PhD candidate and astronomer affiliated to UNIGE and one of the co-authors of a paper discussing the conditions on WASP-76b. “This means they are great laboratories to understand the on-going chemistry in exoplanets’ atmospheres.”

The team was able to discover details of turbulent dichotomy on WASP-76b — part of a system with just one star and one planet located 390 light-years from Earth — with the aid of the ESPRESSO instrument connected to the European Space Observatory’s (ESO) Very Large Telescope. The finding represents not just the first results from the ESPRESSO consortium, but also, a surprise for the team of astronomers.

“When we looked to the data we saw this signature of iron coming from the planet that was not really expected but the most surprising result was to see how this signature was varying across the transit,” says Allart. “This last point made us realized that ESPRESSO can study the climate of extreme worlds.”

The team have been able to determine the characteristics of WASP-76b’s relationship with its parent star which give rise to the extraordinary atmospheric phenomena observed. WASP-76b is tidally locked, much as the moon is around the Earth, meaning the planet constantly orbits its host star with the same side facing it. This leaves one side constantly bombarded by harsh radiation — thousands of times that received from the Sun by the Earth. Contrasting this, the side facing away from the parent star falls into a perpetual night.

“The temperature in the day-side is so high that molecules are split into atoms, including iron which evaporates into the atmosphere while in the night side, molecules are stable,” Allart says. “This big difference in temperature between the day and night-side makes that strong winds carry iron atoms from the day- to night-side and these atoms condense into molecules which we are calling an iron rain.”

The intense temperature of WASP-76b’s day-side is also driven by its proximity to its parent star, a distance so small, it takes only 1.8 earth days to complete an orbit.

“This system is somehow similar to the first system discovered to possess an exoplanet — 51 Pegasi. The star is orbited by a single giant close-in planet which is absolutely different from our Solar system. Moreover, the star is also bigger and hotter than our sun,” Allart says, but this doesn’t mean, that WASP-76b isn’t unique. “This is not the first planet for which we can see the presence of gaseous iron in its atmosphere but this is the first planet that exhibits such a contrast between day- and night-side.”

With regards to the WASP system, Allart says that he and his team intend to gather more data to complete their view of the system, in turn, perhaps leading them to a better understanding of both cooler and smaller systems.

ESPRESSO and a new age for exoplanet investigation

The Echelle Spectrograph for Rocky Exoplanets and Stable Spectroscopic Observations or ESPRESSO instrument attached to the VLT array located in the Atacama Desert, Chile, was originally designed to hunt Earth-like planets around Sun-like stars, but it has now proven itself to be much more versatile.

“The principle behind ESPRESSO consists of decomposing the light of a star in its different colors like a prism or a rainbow,” Allart explains. “Its capabilities make it a very good instrument to detect atomic and molecular species.”

Thus the technology behind ESPRESSO gives researchers an entirely new way to study the atmospheres of exoplanets. And it is barely the tip of the iceberg in terms of both exoplanet hunting and analysis. The European Space Agency’s (ESA) CHEOPS mission launched at the end of last year, tasked with the goal of identifying ‘golden targets’ for further investigation by a new generation of earth and space-based telescopes, particularly the James Webb Telescope and the ESO’s Extremely Large Telescope (ELT) — the largest optical telescope with a diameter of 40m.

“I am really excited by the new generation of instrument that will come online in the next few years,” Allart says. “Particularly, the NIRPS spectrograph at LaSilla, Chile which is also a high-resolution spectrograph but in the infrared. I will be very interested in combining this instrument with the James Webb Space Telescope to understand in great details the atmospheric composition of exoplanets.”

And further investigation of exoplanets is likely to deliver evermore surprising and extraordinary phenomena and conditions, maybe even more mind-boggling than a world where it rains iron.

Allart concludes: “We are just starting to understand what is going on exoplanets’ atmospheres and as many exoplanets discovered are very different from the planets in our solar system, we can only expect more exotic discoveries!”

Thanks to Romain Allart, UNIGE.

Read next: An entrepreneur's guide to startup resources during the COVID-19 outbreak