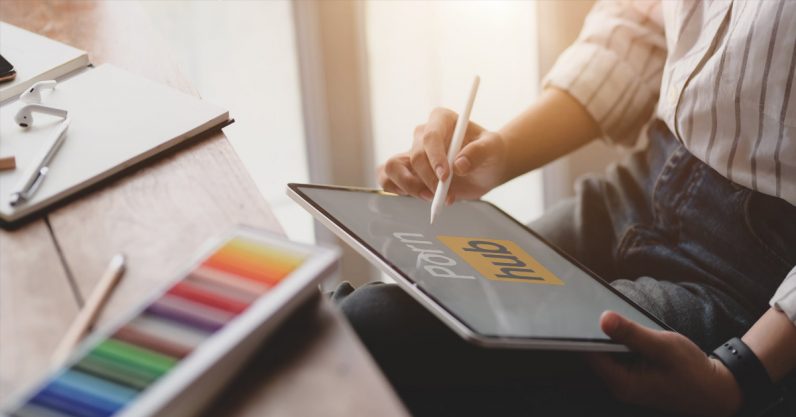 In consumer culture, variety is the illusion of choice. It instills the belief that you’ll eventually find what you’re looking for. When you browse a store like IKEA, or the shelf of a supermarket, sheer overload implies that somewhere among it all you’ll find exactly what’s right for you.

Rows and columns of video stills crowd underneath; live action advertisements sit on the right-hand side, which usually feature DTF singles or cartoon animal-women hybrids with impossibly large breasts. I’ve watched vloggers enter pornography sites for the “eye-tracker challenge”—that popular dare where YouTubers install eye tracking technology that follows their eyes on a screen and maps their sorry attempts to avoid looking at sexualized body parts on various websites.

When faced with the swollen, bouncing cleavage in a live-action ad box, vloggers’ eyes dart right towards it. Tube interfaces compel the viewer to take in the entirety of the page: eyes are drawn clockwise, from logo to moving breasts, and then down leftwards, eventually falling on a bottom row of videos ready for perusal.

“These spaces are designed to give viewers routes to follow while distracting them with an abundance of products,” writes Keilty. “In doing so, this mode of design promises satisfaction while delivering unintelligibility and disorientation in order to remove one’s sense of autonomy through capital-productive distractions.”

The pioneer of all ecommerce platforms

With MindGeek’s ownership over areas of its content, parts of the adult industry are now in the paradoxical situation of working for a company that makes money from the piracy of its output: When the production company Brazzers shoots a video, for example, it then gets pirated and uploaded onto one of the tubes. “What we have now is an unprecedented centralization, along with the data economy that goes with it,” says Susanna Paasonen, a pornography studies expert and professor in media studies at Finland’s University of Turku. “As a result, it’s increasingly difficult to make a living as an independent pornographer.”

Previously—and for women especially—the pursuit of a broad range of sexual experiences had come with a sense of stigma and danger. But online, in the sprawling intimacy of the world wide web, people could discern and they could learn.

Acts that used to be marginal—kink or subcultural—have grown instantly recognizable through online indexing. And the answers that algorithms uncovered continue to assure people of the presence of the like-minded; no one is alone with her abhorrent desire.

“As the tube sites are now so massive, they seem to offer that original ’90s promise of catering to every taste,” continues Paasonen. “But then, with the way that algorithms work, what will you actually find when you enter something into the search? There’s not much transparency in terms of what gets pumped up to the surface in the results.”

Increasingly, the content that’s pushed to the top likely reflects what is profitable to MindGeek—say, the content created by the production companies it owns or sponsored content—not necessarily what is always most applicable to you or your search terms. Searching for “butch lesbian,” for example, may result in top hits pushed by MindGeek that don’t really fit the bill, but that doesn’t mean the database is void of content that might.

Given the number of people disabling cookie trackers, using proxy IP addresses to mask location, and logging out of their personal accounts, though, some have pointed out that it’s very likely that the tubes aren’t gathering reliable or accurate data. And in attempting to infer what its users want in order to drive up engagement, the tubes push certain acts and fetishes over others. In doing so, our sexual reference points as well as our desire is mediated by the logic of clickbait.

This article is excerpted from the fifth issue of Eye on Design magazine. Pick up a copy of Eye on Design’s “Distraction” issue for a deeper dive into how the influx of notifications, screens, and unread emails are shaping the way we think.

This article was originally written by Madeleine Morley for AIGI Eye on Design, a publication covering the world’s most exciting designers—and the issues they care about.